Roster Moves: Eflin to the IL, Mercado Added to the Active Roster 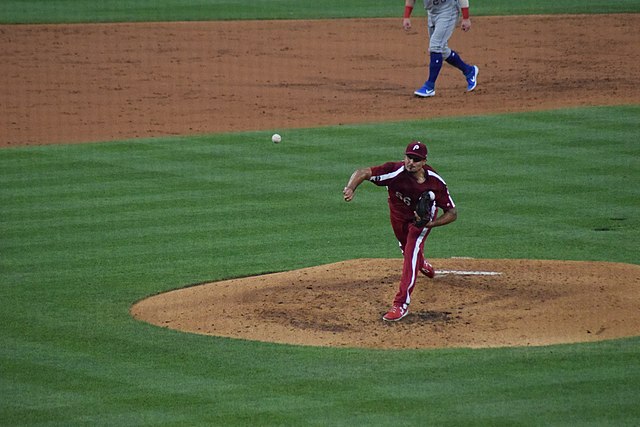 The Philadelphia Phillies have placed starting pitcher Zach Eflin on the 15-day injured list with a brusied right knee.  The move is retroactive to June 26.  There is hope in the Phillies clubhouse that Eflin will only miss one to two starts.  Bailey Falter is expected to start in Eflin's place on Friday night.

Eflin is 3-5 on the season with a 4.37 ERA, 56 Ks, 15 BBs, and a 1.191 WHIP in 68 innings pitched.  The highpoint of Eflin’s season came on June 3 against the Los Angeles Angels when he scattered five hits and struck out six over eight scoreless innings.  Eflin has struggled since early June with knee discomfort.

In a corresponding move, the Phillies have added outfielder Oscar Mercado to the roster in place of Eflin.