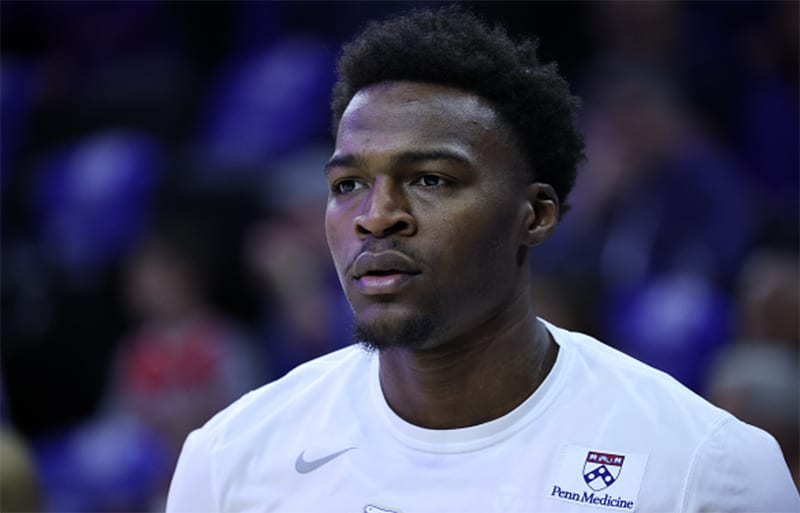 The Philadelphia 76ers had a successful stint in Utah for the Salt Lake City Summer League. The team went 2-1 while showcasing some of the bright, young talent on their summer league roster. Paul Reed proved he has graduated from the skill level often seen in summer league basketball. Isaiah Joe took a big step towards cementing his roster spot for next season. Summer league is all about development, and there was plenty of that seen throughout the Sixers’ summer league roster. Here are three observations from the team’s performance in the Salt Lake City Summer League:

If it was not clear after last year’s summer league, Reed officially showed his talent level is above the typical summer league competition. After having mixed results when used as the backup center last postseason, the Sixers elected to use the 6-foot-9 Reed more as a forward in the summer league.

He did a bit of everything in the team’s loss to the Memphis Grizzlies to open up the Salt Lake City Summer League. He finished with 20 points (8-of-15 shooting), 15 rebounds and four steals.

Paul Reed dropped 20 PTS and snatched 15 boards in Game 1 of the Salt Lake City Summer League for the @sixers!

Reed expanded his scoring range in the summer league to include beyond the arc. He knocked down two of his five attempts from 3-point range in the two games he played in Salt Lake City. While his jumper will never be his primary way of scoring, having a quicker trigger when open beyond the arc will help diversify his scoring ability.

The Sixers have often used Reed as the backup center out of necessity when superstar big man Joel Embiid is off the floor. However, he has the versatility on both ends of the floor to adequately play the forward position. He has enough foot speed combined with his tireless energy and quick hands to be able to defend some both in the post and on the perimeter. He recorded a total of five steals in two summer league games this season.

How the Sixers choose to use Reed will be determined by any remaining moves they might make this offseason as well as the development of Charles Bassey. He got off to a rough start to the summer league this year before recovering to put together a good performance against the Utah Jazz when he finished with 17 points, nine rebounds and four steals. He has some rim-running ability, but he will likely need to add another aspect to his offensive repertoire to become a solid NBA rotation player. As the roster currently stands, it appears likely the team will head into the season with a plan to divide the backup center minutes between Reed, Bassey and new acquisition P.J. Tucker.

Between having a full roster of 16 players (including James Harden, who has yet to formally sign a contract extension with the team) and his uninspiring performance last season, Joe’s spot on the regular season roster is potentially in jeopardy. However, his play in the Salt Lake City Summer League made a strong case for why he should keep hold of his roster spot.

In two games in the summer league, he averaged 19 points, three steals and one block per game while shooting 44.4% from 3-point range (18 attempts). He knocked down four of his six attempts from beyond the arc, including a tough off-balance game-winner against the Oklahoma City Thunder.

While players with Joe’s experience (he was a 2020 draft pick) should excel if put in the summer league at this stage, it is still important to see him string together a pair of good performances. He also showed some leadership ability by helping coach up the younger players on the summer league roster.

Joe came into the league with the potential to be a three-and-D player coming off the bench, although his 3-pointer has not yet translated at the NBA level. His play in the Salt Lake City Summer League can serve as a reminder of the player he can potentially become in addition to undoubtedly helping him make his case to stay on the roster.

The Sixers have high hopes for Jaden Springer heading into next season. During the Salt Lake City Summer League, he made a handful of plays to get people excited about his potential moving forward. He top skill is his defensive ability, which many consider to be NBA ready. He made this tremendous highlight-reel play late in the game against the Grizzlies:

Springer is extremely athletic, and he showcased it on both ends of the floor. He had a ton of crafty, athletic finishes around the rim, including the one seen below against the Grizzlies:

He is developing the strength and craftiness to be able to finish at the rim through contact, which is especially important for him due to his struggles shooting the ball from 3-point range. In two games in the Salt Lake City Summer League, he averaged 13 points while shooting 28% from the field and missing all six of his attempts from beyond the arc. While his defense is certainly NBA ready, he will likely not be able to craft himself a role on the regular season roster until he can become a more efficient and consistent offensive player.

Checking in on the young players after Salt Lake City

The summer league is all about giving the young players chances to develop against some competition on the court. The Sixers’ summer league roster contains a lot of young players, and here is what some of them did in the Salt Lake City Summer League:

– Charlie Brown Jr.: Brown Jr., on a two-way contract with the Sixers, played well in Salt Lake City. He averaged 13.5 points, five rebounds, two steals and 0.5 blocks per game. However, he did struggle to shoot from 3-point range, something which he will need to improve on moving forward.

– Trevelin Queen: Queen, who was signed to a two-year contract during free agency, got his first chance to play in a Sixers uniform. He knocked down a three on his first touch and possess a quick trigger from beyond the arc. However, he struggled when given the chance to run the offense against the Thunder, turning the ball over four times while dishing out three assists.

– Cassius Winston: Winston is likely just summer league filler, although he did average seven assists to just 0.5 turnovers per game for the Sixers.

– Julian Champagnie: Champagnie, an un-drafted free agent signed to a two-way contract with the Sixers, failed to make his mark in Salt Lake City. He shot the ball poorly (19% from the field, 0-for-10 from 3-point range) and will be looking to bounce back in the Las Vegas 2K23 Summer League which begins on Saturday.

– Grant Riller: Riller, coming off shoulder surgery last December, had an up-and-down performance in Salt Lake City. In the first game against the Grizzlies, he scored 12 points on 6-of-10 shooting. He followed that up against the Jazz by scoring two points and missing all three of his attempts from the field. Once a candidate for a two-way contract, it was nice to see him healthy and back out on the court.

– Michael Foster Jr.: Foster Jr. was signed to an exhibit 10 contract and is not likely to make the regular season roster. He had a quiet first two games in Salt Lake City before receiving the start at center against the Thunder, recording three blocks and playing otherwise good defense.