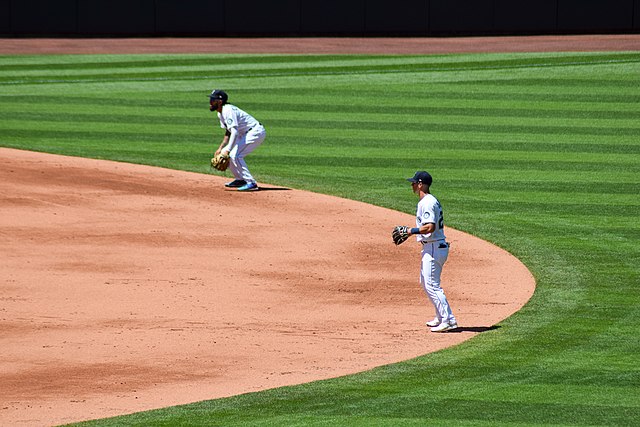 As the Phillies head into Toronto tied for the third wildcard spot with the St. Louis Cardinals, they are poised to be buyers at the trade deadline once again. Holding a playoff spot alone is a good reason but also considering they went over the Competitive Balance Tax and the pressure from the fan base to finally make the playoffs, buying is the only option they have.

Guessing what Phillies President of Baseball Operations Dave Dombrowski will do at the deadline seems impossible. Not one part of me would be shocked if he pulled a rabbit out of his hat and acquired an ACE-level pitcher. Maybe he would lighter buy, no real way to tell what he will do.

However, doesn't mean we can't have a little fun and try to run the trade deadline ourselves. Here is my first mock trade deadline for the 2022 season.

My one quick disclaimer is that none of us know the true value of a player until they are acquired so there's a good chance these trades are at least a little off.

The Phillies' most significant need at the deadline is starting pitching. Zach Eflin has had injury problems each of the last two seasons and is set to be a free agent and Kyle Gibson's contract is also expiring so they are heading into the off-season with Ranger Suárez as their projected number three.

That no longer would be the case with adding Mahle. While his ERA has been higher than in years past, his projected ERA (xERA) is only 3.18, and a FIP of 3.54. Mahle also has really good strikeout stuff with a 9.94 strikeout rate even if his walk rate is a little high.

One way the Phillies could maximize Mahle is trying to work on his off-speed pitches. While his fastball has a -7 run value, both his splitter and slider are at 5. Working on fixing his secondary pitches would help make him into one of the best number threes in the sport.

Opponents are hitting .311 off his slider and .265 off his splitter so Caleb Cotham and the pitching staff will need to work on limiting contact on those pitches.

Speaking of Cotham, he actually worked with the Reds prior to becoming the Phillies pitching coach in 2021 so there's an easy connection with Mahle. He would be much more familiar with trying to fix Mahle and may make it easier for the franchise to re-sign him after 2023.

Mahle is a good bet to make since most of his numbers indicate a better pitcher than what he's shown so far and with likely a few tweaks he could be one of the better number three pitchers in the entire sport.

The Phillies would head into 2023 with Zack Wheeler, Aaron Nola, Mahle, and Suárez, just needing to find a number five to round things out. Easily one of the best rotations in the entire sport.

This might be a little tougher for Phillies fans to swallow but let's take a step back for a moment. While most fans including myself love Bohm, the fit has never made sense. Even if he's looked better at third this year, he still has a -10 DRS and a -6 OAA. He is just not a third baseman and no matter how hard he works at it he is simply best moving positions.

Bohm can't do that here since both the corner outfield positions and first base are taken by much better players. While Bohm has shown at times his bat can play, it just isn't enough to make any bets on. Just like Spencer Howard last season, it is probably best the Phillies salvage any value left on Bohm.

With Puk, the Phillies are adding a needed left-handed arm to the bullpen. While the pen has pitched extremely well for a decent stretch now, it is hard to bank on that success continuing, especially from the lefties.

Brad Hand has been very good for them but with a decent amount of luck going his way. Hand hasn't allowed a home run yet and his xERA is 3.64, not to mention he is on a one-year contract.

In José Alvarado's last 10 innings in relief, he hasn't allowed a run but it seems very hard to sustain especially when he was sent down to AAA earlier this season.

While the Athletics have been struggling, Puk is making a name for himself in the bullpen. A 2.57 ERA and a walk rate of 1.80 is really good and he is very good at limiting hard contact with a 31.9% hard-hit rate.

Puk is another high-velocity arm that the Phillies can try and mold. Throwing over 96 miles per hour with a good slider off of it, Puk could be one of their best relievers right away. Not to mention he has control until 2027 and isn't even arbitration-eligible until 2024.

While Puk does have a solid strikeout rate of 9.26 per nine, it might be on the low end for his potential. The Phillies have done a decent job with high-velocity projects like Andrew Bellatti, the aforementioned Alvarado, and Nick Nelson in a long-man role. They know how to get good production from relievers with plus stuff so taking a good risk with Puk isn't an issue.

The Phillies' beliefs from the pitching side and Puk sounds like a perfect match and Bohm is probably a good fit for the rebuilding Athletics as well.

Trading for a corner outfielder to solve their center field problems sounds like a Phillies move to make but hear me out first. Hays has been a great corner option for the Orioles in his career and only plays there because of Cedric Mullins.

Hays in the last 2 seasons has put up a combined 19 DRS in 1713.2 innings. He has also at least played center field every year of his career and has never been a negative when looking at both DRS and OAA so it is hard to imagine he would be the worst option for center field.

Hays is also an above-average bat with a .773 OPS and a 111 OPS+ since 2019. While the Phillies have star hitters like Kyle Schwarber, Rhys Hoskins, Bryce Harper, and Nick Castellanos, they need more steady guys for the rest of the lineup.

There are too many nights where Didi Gregorius, Bryson Stott, Odúbel Herrera, Mickey Moniak, or whoever are offering you almost zero production in the lineup.

Hays at least will offer you another solid bat at a position of need. Look at the Braves' world series run last year, everyone in their lineup could give them at least average production.

It might be a little hard to imagine the Orioles selling a piece like Hays but they also spent back-to-back first-round picks on outfielders. They are also due for regression down the stretch with the seventh hardest schedule in the sport coming up.

It would make a lot of sense to part with Hays when you already have others who will eventually come up through the system and Hays isn't some star player.

One last good reason for the Phillies is that Hays is under team control until 2026 and with Rojas being traded to the Reds, there is even more pressure to solve the long-term issue.

The last trade at the deadline is making a small push to add depth infielder Dylan Moore. Moore can't really play one position every day but can be a nice utility infielder. Moore over the last two seasons has played first, second, third, shortstop, and both corner outfield spots. Having another true utility player would give the Phillies a really solid bench for their playoff run.

While Moore has only played one inning at third this year, he played 48 innings last year and recorded a 3 DRS. Moore can also platoon vs lefties with a .797 OPS against them which they will need without Bohm.

Darick Hall, Stott, Herrera, and Moniak are all different lefties they have tried in the lineup with no real clear platoon. For a stretch, the Phillies even had both Moniak and Herrera in a platoon so they could use some right-handed bats.

Guys like Moore are good problems to have, when Nick Maton is healthy they can consider playing both of them, they could use him and Stott when Segura comes back. They could offense-defense him and Camargo if they want to.

While Moore hasn't played a ton of third, he can clearly do it as mentioned earlier. Right now they don't have an everyday third baseman regardless if Bohm is on the roster or not so subtracting Bohm for Moore seems like a decent idea.

One of the unique aspects of Moore is his ability to draw walks, while his batting average is only .187, he has an on-base percentage of .344. That ability to get on base at the bottom of the lineup is something the Phillies or any team could always use.

The trade deadline is arguably the most exciting time of the regular season and the Phillies will likely be one of the teams going for it in an attempt to end their long postseason drought. Maybe with the moves I've made the Phillies will finally get over the hump. 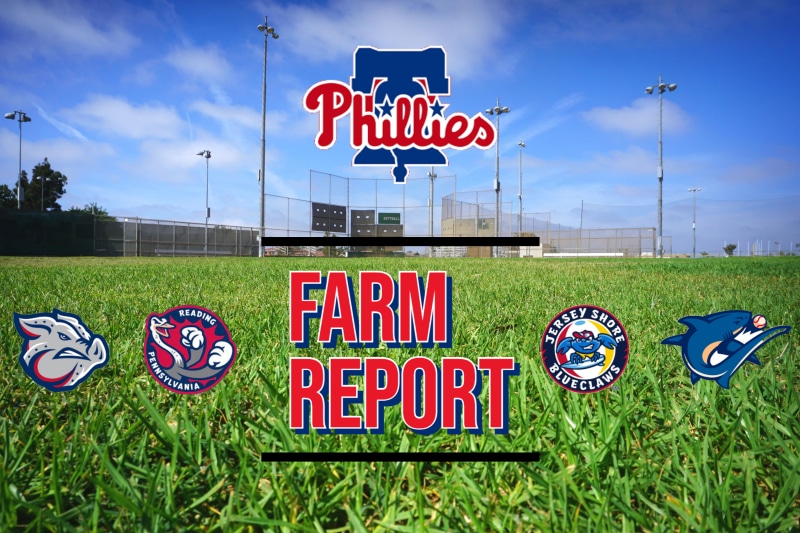