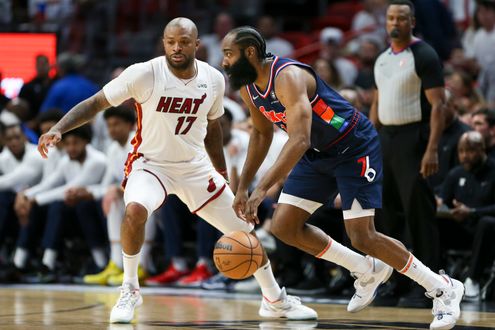 Some eyebrows were raised around the league after the Philadelphia 76ers agreed to contracts with both P.J. Tucker and Danuel House Jr. in the opening moments of free agency.

After all the dust settled and the numbers became official, the Sixers used the non-taxpayer mid-level exception to sign Tucker to a three-year, $33.2 million contract while also using the bi-annual exception to sign House to a two-year, $8.5 million deal. The team was afforded the ability to make the pair of moves in free agency due to James Harden being willing to opt out of his $47 million player option and take a pay cut on a contract extension. Harden ultimately signed a two-year, $68 million contract with the Sixers with a player option for the second season.

Just over a month later, the team is now under investigation “for possible tampering and early contact” with Harden, Tucker and House, according to ESPN’s Adrian Wojnarowski.

The key details about the league’s investigation into the Sixers’ conduct in free agency center around how the negotiations with Harden’s extension played out.

“One of the central elements of the league’s probe includes questions on Harden’s decision to decline a $47.4 million player option for 2022-23 and take a pay cut on a new two-year, $68 million deal, sources said,” Wojnarowski wrote in his full report on ESPN. “Around the league, there have been questions about whether there’s already a handshake agreement in place on a future contract — which would be in violation of collective bargaining rules.”

Teams are not allowed to have conversations with agents or players about free agency deals before the official opening of free agency at 6 p.m. ET on June 30, according to the league’s collective bargaining rules.

If the league finds the Sixers guilty of tampering in free agency, what will the penalty potentially be? In 2019, the NBA’s board of governors approved measures designed to inflict harsher penalties on teams caught for tampering violations. Those penalties included raising the maximum fine for teams to $10 million, the potential suspension of team executives and even going as far as voiding contracts.

However, in reality the penalties the league has delved out in recent years for tampering violations have been slight. After investigations last season, the league stripped both the Chicago Bulls and Miami Heat of a second-round pick for early contact with free agents Kyle Lowry and Lonzo Ball respectively.

The NBA’s handling of tampering investigations and penalties leaves much to be desired. Tampering has become something a multitude of NBA teams do, but the NBA does a poor job enforcing it in some circumstances. When they do, the penalty often is something of little consequence such as the forfeiting of a second-round pick. The league did improve the penalties for tampering violations back in 2019, but there is a major difference between the penalty on paper and what the league has actually handed out.

The Sixers will be left to wait until the league’s investigation plays itself out. If they are found guilty, the most recent examples of tampering violations show they will likely forfeit a second-round pick. The team is in possession of multiple second-round picks, including their own, in next year’s NBA Draft.