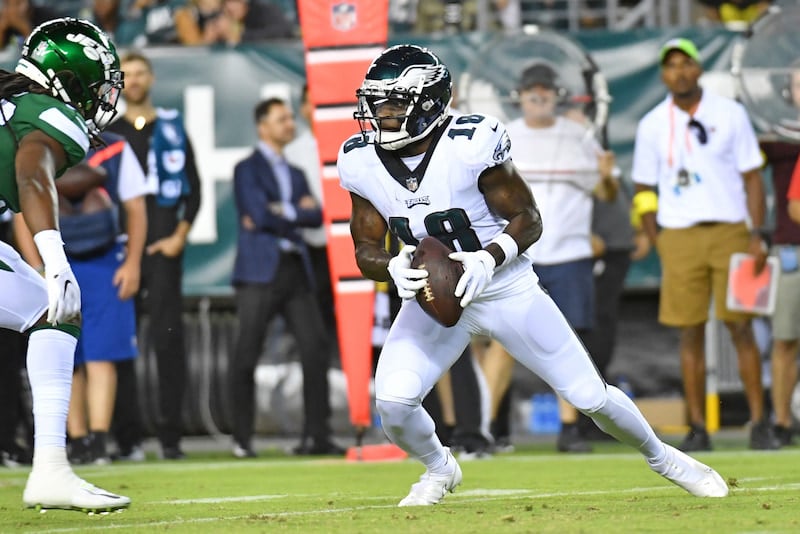 Yesterday, the Eagles set their initial 53-man rosters and, to the surprise of many, Jalen Reagor found himself on that list.

Among their most stacked positions exiting camp were offensive line and wide receiver, so all eyes were on Andre Dillard and Jalen Reagor, two former first-round picks who could capture some value for the Eagles in a trade while freeing up a roster spot, but neither was moved.

Less than 24 hours after that announcement, however, the Eagles have officially shipped Reagor to the Vikings.

The Eagles add a seventh-rounder next year and will hope to be adding a Day 2 pick in 2024, though Reagor would have to meet statistical escalators for that to happen.

Reagor was the Eagles first-rounder in 2020, but just never really got going.

Despite a highlight reel from college worthy of a high pick, Reagor managed just 695 yards and three touchdowns on 64 receptions in 28 games.

With AJ Brown and Devonta Smith taking over as the clear WR1 and WR2 and Quez Watkins emerging as a top third option, Reagor became a commodity for the team and his lack of success on special teams makes him a tough fit for the fifth receiver.

The move immediately opens a roster spot that the Eagles may want to use to get Britain Covey, Devon Allen, or Deon Cain back with.