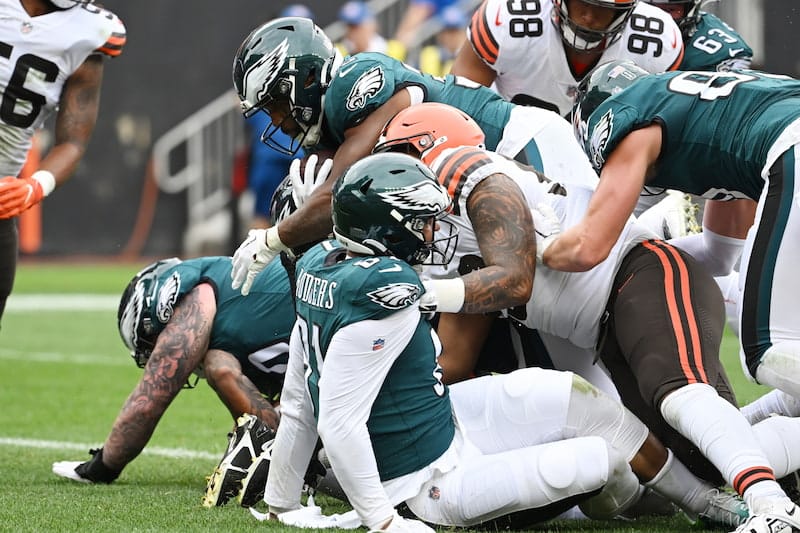 The second-team offense showed a propensity to run the ball and even had some nice passes to keep the ball moving. Unfortunately, the Birds’ defense did not hold up the way one would hope.

Of course, the result doesn’t really matter, but the bad news is that the defense that was being gashed up consisted of players who will see snaps and are competing to be the backups.

Cam Jurgens or Jack Anderson may be more specific options for praise, but the entire unit was impressive in this game even without one or both of those players. That’s both a blessing and a curse. Of course, it’s great to have that sort of depth, but the Eagles only have so many roster spots. Players like Le’Raven Clark might be on the way our in favor of a younger, more controllable player as a backup. Even that, the Eagles will also not have enough spots even if they just prioritize youth. It might come down to who the Eagles think they could slip through the waiver wire and get through to their practice squad without another team picking them up.

The defensive standout was a little more difficult to pick in this match-up. Wallace didn’t necessarily “stand-out”, but rather he didn’t. Unlike most of the other defenders on the second team, he completed his job as expected and didn’t have any egregious errors or penalties against him. Most other defenders either had obvious ups and downs or blatant blown plays. Wallace showing simply solid play may be enough to keep him around.