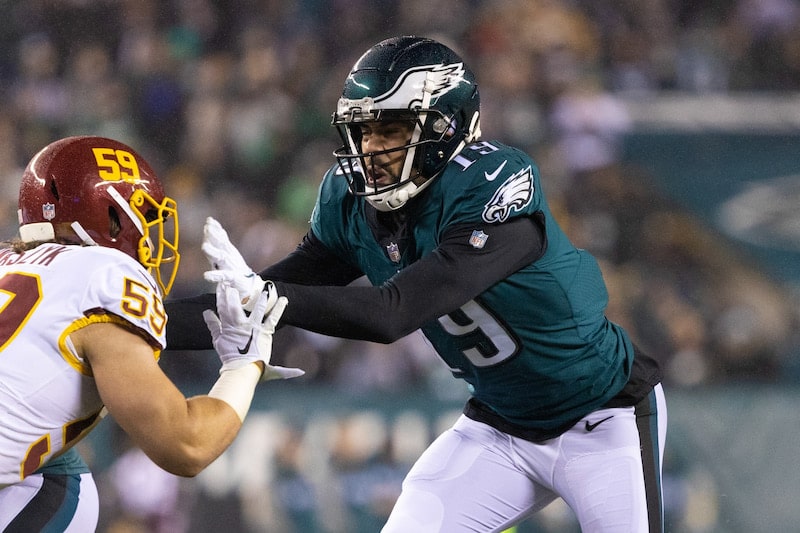 After rumors started swirling on Sunday, the Eagles have made the move to part with their former second-round pick official.

The 57th overall pick in 2019, JJAW and the Eagles have taken plenty of criticism since the pick. Billed as a top red-zone threat that could win physical battles, he has amassed only 290 yards in three seasons.

He also had just 2 catches in 16 games in 2021. In Friday night’s contest as a tight end, he saw just one target that was thrown to the wrong shoulder by Reid Sinnett.

In a bit of an odd twist, while many Eagles fans have particularly complained about the team drafting JJAW instead of DK Metcalf as the Seahawks did a few picks later, Seattle is the very team acquiring him now.

Eagles have agreed to terms to trade TE JJ Arcega-Whiteside to the Seahawks for S Ugo Amadi. pic.twitter.com/vh6mpyKpW4

Ugo Amadi is also from the 2019 draft, having been drafted out of Oregon by the Seahawks in the fourth round.

He’s appeared in 47 games for Seattle since then, making 12 starts and registering 125 tackles, 13 defensed passes, one interception and two forced fumbles.

This move may provide the Eagles with a bit more depth to choose from at the safety position. He’d almost seem to be competing for the same roster spot as veteran Jaquiski Tartt, who the team signed earlier in the offseason.

With DE Shareef Miller and QB Clayton Thorson, both of whom were cut before the 2019 season began, being the only two players the team drafted after Arcega-Whiteside, less than half of that draft class now remains.

Andre Dillard and Miles Sanders, the remaining two picks from 2019, have also been highly discussed in relation to potential trades and extensions, respectively.