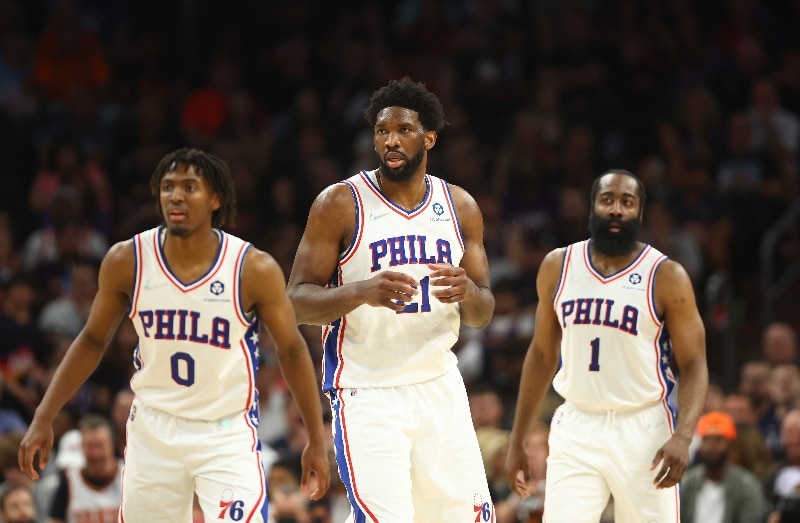 The NBA officially released the full schedule for the 2022-23 regular season on Wednesday afternoon. The Philadelphia 76ers will be featured on national television 34 times this season while also having 13 back-to-backs, according to Lauren Rosen of the team’s website.

The Sixers begin the season with three consecutive games on national television. The most difficult piece of their schedule, however, comes at the end of the season. They play 17 games in the month of March, with 12 of them coming on the road. In addition, their final 12 opponents all were playoff teams last season.

Here are seven key games to pay attention to throughout the 2022-23 season:

The Sixers are getting thrown into the deep end right out of the gate this season. The team begins their 2022-23 campaign by traveling up to TD Garden to take on the rival Boston Celtics.

The Sixers made it a goal this offseason to add more grit and toughness to the roster. The two teams who met in the Eastern Conference Finals, the Celtics and Miami Heat, possessed toughness in spades up and down their rosters. Sixers’ president of basketball operations Daryl Morey did a good job strengthening the team’s roster in that category by adding P.J. Tucker and De’Anthony Melton. This matchup with the Celtics will prove to be an early test of the Sixers’ new and improved roster.

Games between these two teams always have the potential to turn into instant classics. With the added emotion of this being part of the NBA’s pair of Opening Night games, expect this to add to the tradition of great games in this fierce rivalry.

What a tough way to start the season. After traveling up to Boston to take on the Celtics in the season opener, the Sixers come back down to Philadelphia for their home opener against Giannis Antetokounmpo and the Milwaukee Bucks. The Wells Fargo Center will surely be a packed house as two of the Eastern Conference’s top teams face off for the first time in the 2022-23 season.

The Bucks took two of three games in this matchup in the 2021-22 season. The Sixers made some key offseason roster improvements while Milwaukee brings back mostly the same team as last season. It is always exciting to watch Joel Embiid and Antetokounmpo square off, and this time should be no different.

The Ben Simmons return to Philadelphia game! Simmons, who has yet to make his debut in a Brooklyn Nets uniform, is likely geared up and ready to step on the court for NBA action at the beginning of the 2022-23 season. The Philadelphia crowd has been waiting to serenade Simmons with boos once he steps on the court. They will likely get their chance on Nov. 22. Is it possible he sits out this game for “load management” reasons? Sure, but Simmons is going to have to eventually get over the hump of playing again in Philadelphia.

Outside of the Simmons returning to Philadelphia storyline, there are still plenty of other questions surrounding this matchup. The roster the Nets will begin the season with is still completely in question. Both Kevin Durant and Kyrie Irving are attempting to force their way out of Brooklyn. It is unknown at this point if either will be successful in that pursuit. If they are not, will they be willing to suit up for Brooklyn?

The Sixers were shellacked by the Nets in their previous meeting, losing 129-100 back on March 10 of last season. However, both teams’ rosters are going to be much different heading into this meeting.

Even though these two teams are in opposite conferences, the matchups tend to be must-watch television. Embiid missed the first matchup last season due to being in the health-and-safety protocols, and the Warriors came away with a 116-96 win. However, the Sixers, this time with a healthy Embiid, responded with a 102-93 win on Dec. 11 last season. Matisse Thybulle put together a jaw-dropping defensive performance to help hold Curry to 18 points on 6-of-20 shooting.

This game can serve as a big test of where the Sixers are at in terms of their title aspirations this season.

The Sixers will be one of the teams involved in the NBA’s slate of Christmas Day games in the 2022-23 season. The team will be taking on the New York Knicks, who can potentially have traded for star guard Donovan Mitchell by this point in the season.

This iteration of the Sixers, helmed by Embiid and James Harden, made a statement in their prior game at Madison Square Garden. Back on Feb. 27 of last season, the Sixers easily beat the Knicks 125-109. It was Harden’s second game in a Sixers uniform, and he impressed, tallying a triple-double with 29 points, 10 rebounds, 16 assists and five steals. Embiid added in a team-leading 37 points, and he went to the free-throw line a career-high 27 times.

This game has a chance of turning into a true Christmas Day classic if the Knicks are able to pull the trigger on a Mitchell trade at any point before this point in the season. If they do not, the Sixers should be able to come away with a relatively easy win, adding an extra Christmas gift for everyone in the Delaware Valley.

Any matchup between two perennial MVP favorites warrants some extra attention. Nikola Jokic brought home the award in each of the past two seasons, with Embiid finishing as the runner-up. Any head-to-head matchups between the two will likely have some effect on the MVP race if it is as close as it was the prior two seasons.

The league has been robbed of Jokic vs. Embiid matchups in prior years. Embiid missed one of the matchups last season due to being in the health-and-safety protocols. However, they faced off with each other on March 14 last season, with the Nuggets grabbing a 114-110 victory. Embiid finished with a game-high 34 points to go along with nine rebounds and four assists. Jokic totaled 22 points, a game-high 13 rebounds and eight assists. Hopefully both big men will be healthy and on the court at this point in the season.

The Sixers will have to wait until Feb. 27 to get their first rematch with the Miami Heat, the team that eliminated them from the playoffs last season. It will also be Tucker’s first game against his former team. Will there be any bad blood between Tucker and his prior team? We know Jimmy Butler was not thrilled with his ex-teammate leaving to join the Sixers.

The Sixers, after their offseason additions, should be more prepared for the physical style of basketball Miami utilizes. The Heat remain among the top teams in the Eastern Conference heading into this season. This matchup can potentially serve as a solid playoff preview and should make for some must-watch basketball.