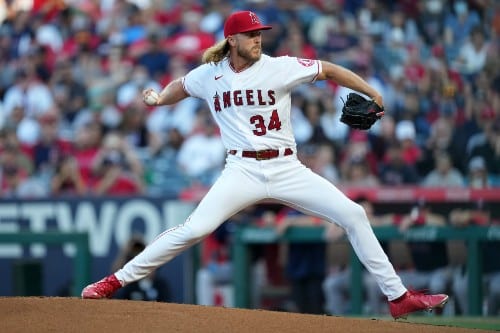 While Philadelphia Phillies fans saw hurlers and outfielders go to other franchises, some probably bemoaned missing out on those stars. However, Dave Dombrowski, PBO (president of baseball operations), had only a handful of minor leaguers he could move for a main piece. A fifth starter, no?

With seven relief slots now filled, Sam Coonrod will return from his current rehab assignment and compete with Nick Nelson for one job. Usually, a pens’ front end mops up innings with huge leads or deficits. Plus David Robertson solidifies the backend of a rested bullpen allowing starters an earlier exit in one-sided affairs.

“You find that you have peace of mind and can enjoy yourself, get more sleep, and rest when you know that it was a one hundred percent effort that you gave – win or lose.” – Gordie Howe

Keeping most MiLB studs, PBO Dombrowski’s need for a five-slot arm was atop his wish list. Remember, he was competing with the St. Louis Cardinals for the final wild-card berth, and they planned to improve. Ergo, he had accomplished his main postseason goal by picking up a rotation piece.

While some locals had complained about not getting a better hitting center fielder, they probably weren’t thinking about the PBO’s strategy of up-the-middle defense. Moreover, the pen is currently solid, plus he has the addition of Robertson and the subtraction of Familia.

The reactivation of Jean Segura now and Bryce Harper shortly allows the Fightins to carry center field defender Brandon Marsh. Therefore, the choice was a fifth starter, a center fielder and a backend reliever over a solid three-slot arm under club control to replace Kyle Gibson in the fourth playoff slot and on 2023’s roster.

The Los Angeles Angels had to take the best offer or receive nothing if they didn’t move Noah Syndergaard. But while Phillies fans see the Halos receiving Mickey Moniak and a mid-level prospect, taking on Syndergaard’s remaining $7.4 million was the deal-maker. In fact, the three additions could equal up to $10.2 million.

Considering the offensive upgrade with Segura and Harper, Dombrowski can live with Marsh’s center field glove. And the pen competition has produced positive results before moving a prospect for Robertson. And keep in mind, the red pinstripes swapped JoJo Romero for a defensive bench piece.

Management expects a basic four out of five acceptable –bend, don’t break– outings or 80 percent, but they anticipate 75 percent or better over a full 162. However, not allowing inherited runners to score is more important than no earned runs on a reliever’s stat line. A 0.00 ERA can be deceptive!

Presently, Seranthony Dominguez will close out the ninth inning or the frame with a difficult heart of the order. But although 90 percent equals an elite fireman, that percentage wasn’t always for facing the lineup’s middle. And some saves protected a three-run lead or were against the order’s bottom. Not Dominguez’s role here!

According to the flamethrower, he imagined during his rehab how he’d work batters during televised late-game frames elevating his thought process. And he translated that to the mound. Unfortunately, national writers cover 30 teams, so they still see a setup man especially if they judge by saves and holds.

Corey Knebel covers the top of the order unless heavy hitters are batting second, third and fourth. Control-wise, he has corrected those issues plaguing him in May, but he will still have only his heater if his curve isn’t working. And Robertson may cut into some of Knebel’s high-leverage opportunities.

Note: Worse equals an implosion. Performances are based on inherited runners and situations with a running total.

Handling low-leverage late-game frames are Brad Hand and Connor Brogdon, and it depends on a right-handed or left-handed situation. But a 10th inning would go to the fresher reliever if the other isn’t available. Of course, there are exceptions for younger clubs, also-rans and Robertson’s undefined role for now.

The backups for Hand and Brogdon are Jose Alvarado and Andrew Bellatti, but Coonrod will also receive similar chances when the Phils activate him upon his rehab completion. Yes, Alvarado’s improvement and Bellatti’s appearances have been pleasant surprises.

Keep in mind, no organization can have more than 13 pitchers on the active roster, and it usually means eight relievers. Plus Coonrod or Nelson will be the eighth, and Appel is the Triple-A fill-in. However, Appel could give the Phillies another sixth frame or later arm.

The bullpen doesn’t have many shortcomings because the relievers are performing to keep their roles. Realistically, the PBO has plugged a hole, but poor outings are almost impossible to avoid. And naysayers will vocalize someone isn’t doing their job, but if all had success how many defeats would the Fightins have? Zero!