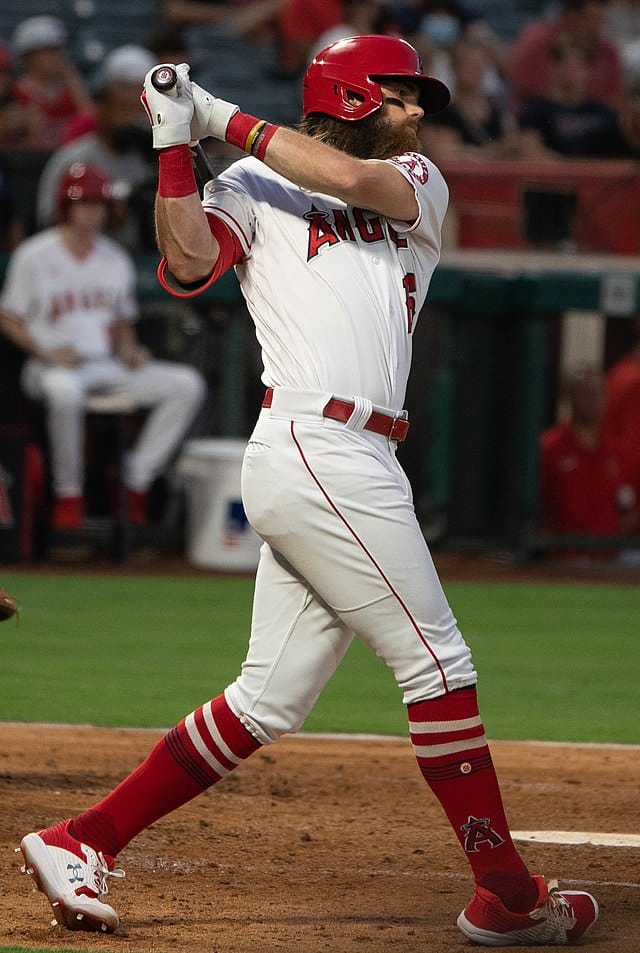 The Phillies went into the deadline with a one game lead over the St. Louis Cardinals for the third wild card spot in the National League. Poised to be buyers so they can finally break their long playoff drought, they had to be buyers this trade deadline.

With the four trades made there were some risky bets, safe pickups, and a pretty easy decisions to try and solidify both short and long term needs. Here are the grades from Dave Dombrowski’s second deadline as Phillies president.

With all of the craziness over the past couple of days, many of you may have forgotten about the small infield upgrade. The Phillies acquired the defensive-first infielder from the St. Louis Cardinals to bolster their depth at the back end of the roster.

Despite a 49 wRC+, Sosa has been able to stay as a valuable contributor with elite shortstop defense. With Alec Bohm as the everyday third baseman, defense is even more important for a shortstop.

Sosa has three outs above average and five defensive runs saved in 219.2 innings of shortstop this season. In other words, he’s exactly what they need at the most important defensive position on the field.

Giving up Romero could cost them, even if it’s unlikely. In his first appearance in over two years, Romero was sitting close to 96 with a good slider. That is at least something and he was one of the few healthy lefty arms on the 40 man. Contrarily to popular belief, it did cost them something valuable.

That doesn’t mean this is a bad trade but its not a heist, this is acquiring a small upgrade. Didi Gregorius and Sosa have OPS’s that start with the same number, and Gregorius isn’t the defensive player Sosa is. Johan Camargo was optioned down as the corresponding move with his defense being disappointing.

Overall this is a decent trade, probably won’t hurt them too much if at all.

While it sounds pretty clear Syndergaard was not their first choice, he is certainly better than what they had before. It took very little to get him and credit the Phillies for taking on the rest of his salary to lower the cost.

While Syndergaard may be a little uninspiring, he is still solid even if he isn’t what he used to be. With a 3.83 ERA and a 3.95 FIP, he is good enough to be a fine number four in the rotation. Is he anything more? Probably not but there’s still ways to potentially make him better.

His curveball is thrown under ten percent of the time with a -13 wRC+ allowed and a -2 run value. From just a quick glance, more sinkers and curveballs could get more production out of Syndergaard.

The big issue is that he may not be able to pitch every fifth day. Will his schedule effect the other starters? How will they use off-days? Will there be more bullpen games? Is Bailey Falter out of the rotation? Only the Phillies have an answer to those questions.

Well run organizations make moves like this all of the time. The Braves added Jake Odorizzi for an aging Will Smith. It’s a safe gamble to make, and they only gave up minimal assets to do it.

Starting with what the Phillies got, Robertson is a major addition to the bullpen. He can close games if you want or just serve as another good back end option.

After missing most of the past three seasons and requiring tommy john in 2019, Robertson is back as good as ever. A 2.23 ERA and 11.4 strikeout rate is really good for any reliever.

Since June first the Phillies bullpen ranks fifth in fWAR, tenth in ERA, and seventh in FIP and that’s with Jeurys Familia’s struggles. Going from someone who couldn’t be trusted to hold a six run lead against the Pirates to someone who can be your closer is an easy upgrade. Their bullpen may be in the top five conversation with this upgrade.

The Phillies now have Robertson, Seranthony Domínguez, Brad Hand, José Alvarado, and Corey Knebel who can be trusted in closer situations. Not to mention Connor Brogdon, Andrew Bellatti, and Nick Nelson can all be trusted to pitch effective innings.

The hard part was trading rising prospect Ben Brown. Brown in 73 innings put up a 3.08 ERA and made the most significant jump in the Phillies system. He was a top ten prospect in the organization and that’s a steep price to pay for a rental reliever.

The Phillies may finally be turning a corner with pitching. The Phillies have had success with drafting Andrew Painter, Mick Abel, and Griff McGarry in the past two drafts so trading away someone a tier or two below them is smart. If they can continue to find good pitching in their drafts then this trade isn’t going to be an issue.

It’s still probably a slight overpay but nothing major for someone that is going to help them a lot with the upcoming stretch run.

The move that will set this deadline apart is trading top 100 prospect Logan O’Hoppe for Angels outfielder Brandon Marsh.

The player Marsh is right now almost certainly does not equate to the value of a top 100 prospect but that’s not the Phillies play in this trade. Marsh was highly ranked across major league baseball before making his debut in 2021.

Marsh back in 2020 was a consensus top 100 prospect including 73rd by MLB Pipeline, 36th from Fangraphs, and 51st by Baseball Prospectus. He is only 24 years old and already possesses the defense needed to play a great center field. However, prospect rankings don’t matter as much anymore once you are already playing, it’s about production.

Marsh’s slash-line of .226/.284/.353 isn’t very good and his 36.2% strikeout rate is mostly why. The one major hope in fixing Marsh’s offense is hitting coach Kevin Long. Long has already began making adjustments to young hitters strikeout numbers in the organization.

Alec Bohm’s dropped from 26.6% last year to 19.5% this year. Bryson Stott struck-out just six times all of July. Long has a reputation of dropping strikeout numbers from young hitters so he’s the perfect coach to help Marsh reach his potential.

The Angles have a desperate need to rebuild their farm system after potential flameouts in Jo Adell and the aforementioned Marsh. O’Hoppe is already the best prospect in their depleted system.

Is this too much to give up for a gamble in Marsh? Probably yes with Andrew Painter, Mick Abel, and Griff McGarry all off limits, their tradable assets are severely limited. Using your best one on a gamble like Marsh is certainly risky but they will give him every chance to play.

It is worth noting that Marsh has five years of team control left and certainly good enough currently to fill their much needed hole in center field. While it is a risk, this sounds more like a calculated risk than uncalculated and a creative way to supplement their lack of high potential position players.

It is a tough trade to grade in the moment as both teams will have to wait and see what happens with their projects. Will the Phillies get the offense or is he an overpriced defensive upgrade?

The Phillies are certainly better than before. Going from Familia to Robertson is massive, getting Odúbel Herrera off the roster is massive, and Syndergaard is certainly an upgrade over Bailey Falter. Was it costly? Yes but certainly needed if they want to compete for the final wildcard spot.