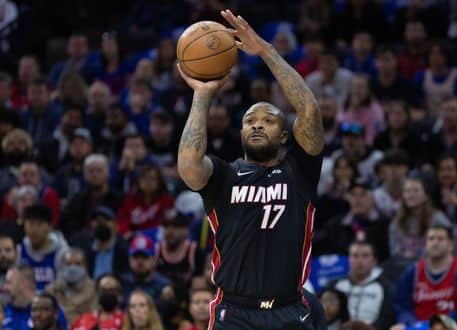 Backup center has been an issue for the Philadelphia 76ers over the past few seasons.

After some brutal failures (Greg Monroe comes to mind in 2018-19), the team had a modicum of success with Andre Drummond early on last season. However, the success was short lived. Drummond was included in the trade package that landed the team James Harden at last season’s trade deadline.

Depth behind All-Star center Joel Embiid should no longer be an issue for the Sixers heading into next season. On paper, the team has multiple options for the backup center minutes. They can go to a small-ball lineup and play new acquisition P.J. Tucker at center. Another option would be to go young and utilize the combination of Paul Reed and Charles Bassey to fill the backup center minutes. They can also sign one of the centers left in free agency to a contract for the veteran minimum. Which option should the team choose?

Tucker will presumably be in the starting lineup at power forward, so this option would involve some good rotation management in order to occur. Presuming that to be the case, Tucker has the ability to play as a center in some small-ball lineups.

The 37-year-old has the toughness and defensive versatility to defend multiple positions. The Sixers saw that versatility firsthand when they faced the Miami Heat, Tucker’s old team, in the second round of the playoffs last postseason. The Heat had Tucker spend some time throughout the series defending Embiid while also at times having him step out to defend Harden on the perimeter.

Tucker does have some prior experience playing as the center. The Houston Rockets, midway through the 2019-20 season, traded big man Clint Capela to the Atlanta Hawks. The trade necessitated Tucker making the move to center for Houston. He played center 52 percent of the time that season with Houston having a plus-3.5 net rating in those minutes. Tucker also played some center for Houston in the 2017-18 season. He played center in eight percent of his possessions on the floor, and Houston had an absurd plus-32.2 net rating in those minutes.

The Tucker small-ball lineup has worked in the past and should be an option the Sixers can go to throughout next season.

The Sixers have a pair of young players in Reed and Bassey who they should feel comfortable about giving them the backup center minutes next season.

Reed plays a wild style of basketball, and he will surely need to clean that up if the Sixers are going to trust him with a regular spot in the rotation. After playing in only 38 regular season games, the team went to him with most of the backup center minutes last postseason. The results were a mixed bag. In 11.7 minutes per game, he averaged 3.7 points, 3.8 rebounds, 0.5 blocks, 0.8 steals and 2.4 fouls per game. He will need to play more under control, but if he is able to do that he is warranting of an opportunity to crack into the rotation on a full-time basis.

Bassey, in a brief stint last season, showed he has the potential to develop into a serviceable backup center in the NBA. In 7.3 minutes per game, he averaged 3 points, 2.7 rebounds and 0.7 blocks per game. He is athletic and can be a rim-runner, exactly the type of big man Harden is used to playing with. His play in the summer league was a bit disappointing, but Bassey overall has shown enough potential to make the NBA roster.

Both Reed and Bassey have the potential to adequately fill the backup center minutes for the Sixers. However, they both could use more experience playing against NBA competition. Will head coach Doc Rivers trust the duo enough to give them more than sporadic minutes? If he does not, their development will be stunted. Both players have proven they are above the level of competition in the G League. The next step in their development is clear: Playing minutes at the NBA level.

Both of the options presented above should be more than enough to adequately fill the backup center minutes. However, the team could sign one of the centers remaining in free agency to a minimum contract as Bleacher Report’s Zach Buckley suggests:

“Saying all of that, Philly might consider poking around for a more reliable option behind Embiid. Maybe the franchise is comfortable with Paul Reed, Georges Niang, Charles Bassey and Tucker tag-teaming to fill that role, but a low-maintenance, trustworthy veteran could be helpful to have, especially if (when?) Embiid misses time.”

In theory, this option could work for the Sixers. Veterans like Hassan Whiteside, DeMarcus Cousins and LaMarcus Aldridge are all still available in free agency. All of those players would likely be willing to sign with Philadelphia in order to be on a championship contender. The Sixers could potentially use the services of a veteran big man for the times when Embiid is unavailable.

However, the team currently does not have roster space to add on another player. As of Aug. 2, the team has 16 players on the roster. The maximum roster size once the regular season begins is 15 players, so the team is already in a situation where a roster cut will need to be made. In addition, it would be terribly inefficient to use four roster spots (not counting Tucker) on one position. Barring other roster moves, adding a veteran center to the roster does not make much sense.

How should the Sixers divide up the backup center minutes?

After presenting all the options above, I believe the Sixers should go the route of giving the young duo a proper chance to win the backup center minutes. Both Reed and Bassey have proven, albeit in a small amount of minutes, they can be productive. Rivers needs to give them the chance to win the spot in the rotation instead of scattering their minutes here and there.

The team will likely mix in some small-ball lineups with Tucker throughout the regular season. It is something with a somewhat proven track record of success. Giving Reed and Bassey time to develop at the NBA level can pay dividends for the Sixers for both this season and in the future. Finding out what the team has in Reed and Bassey should be one of the interesting storylines to watch next season. If it does not work out, the Sixers have the Tucker small-ball lineup in their back pocket. It will be interesting to see how the team divides up the backup center minutes once the regular season begins.