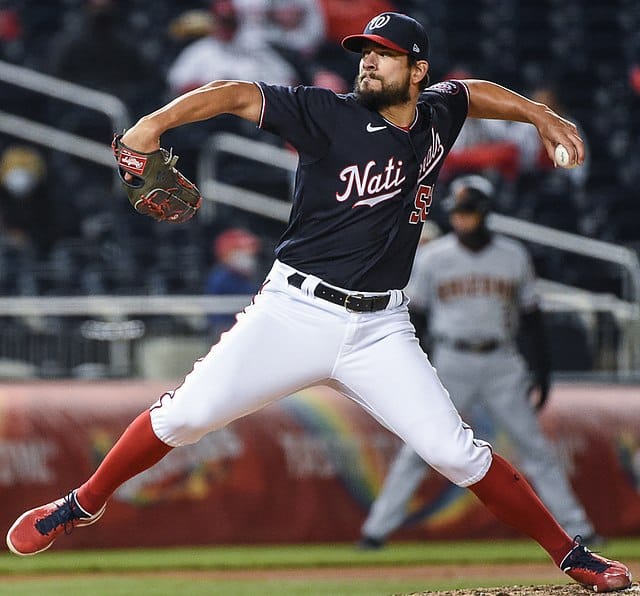 During the trade deadline in early August, the Phillies acquired David Robertson from the Cubs. The bullpen had already went from rightfully criticized to rightfully praised in the span of the few months.

Decision changes like moving Corey Knebel out of the closer role and having José Alvarado and Connor Brogdon step up in bigger roles. The bullpen is now the best it has been in a long time.

With that Robertson trade there has been a few tweaks interim manager Rob Thomson has made to the bullpen so heres three post-deadline changes to notice.

One decision Thomson deserves credit for is going with a closer by committee. The bullpen since he made that decision is third in fWAR, seventh in FIP, and sixth in ERA. While Seranthony Domínguez will get the run when the chance presents itself, they primarily use him against the toughest part of the opposing lineup.

Even before the Robertson trade they asked multiple different arms to close including Brad Hand, Brogdon, Knebel, Andrew Bellatti, and Alvarado.

Now with Robertson, that’s seven guys they could trust in that spot, until Knebel went down with injury. The Phillies don’t need a defined closer because they have so many arms that can do it. Instead, they can play the best possible matchups for success.

Against the Mets on August 12, Domínguez pitched the ninth to keep the game tied and Robertson closed it out in the tenth. Thomson has embraced the bullpen without a closer and it’s worked wonders for the entire group.

Alvarado is the first lefty out of the pen

While the Phillies don’t really have a lefty matchup guy given the three-batter rule, they have swapped Alvarado and Brad Hand’s roles in the bullpen.

Hand has a 2.08 ERA and has been the one of the key bullpen arms for most of the season. Now he is in mostly low leverage situations.

This isn’t a disservice to Hand, rather a praise to Alvarado’s performance. Since the start of July, the cutter first Alvarado has a 2.70 ERA and a 2.37 FIP. In addition, he has 22 strikeouts in just over 13 innings of work.

Alvarado is just really good and that stat-line includes a bad Cubs outing that wasn’t entirely his fault.

Since Robertson was acquired, Brogdon has only pitched in two low leverage situations against the Nationals and Marlins. Bellatti did get a high leverage spot against the Marlins but nothing else that’s notable.

The bullpen has it’s high leverage arms in Domínguez, Robertson, and Alvarado so some arms are now taking a backseat.

None of this is really about either Brogdon or Bellatti’s performances, both have been good for this team, it’s just there’s other arms in those bigger roles.

If one of those top three can’t go, Brogdon should certainly get a chance in the eighth or ninth. It is more about the luxury with their bullpen depth.

Just like with not having a true closer earlier, they have so many arms to go to in any spot.

Overall, the Phillies have a great bullpen and have made some slight tweaks to their roles now that Robertson has put the unit over the top.