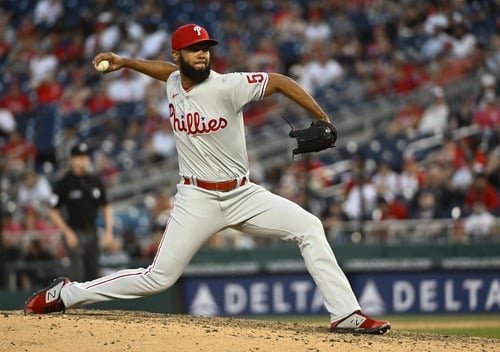 Following the 22 contests versus also-rans, the Philadelphia Phillies can turn their sights on seven battles against a probable opponent for an away Wild Card Series. Yes, either franchise could send a message to the other, and the second four-game set will be at the Bank separated by two home contests with the Toronto Blue Jays.

For the Phillies, only a collapse can extend their postseason drought. In fact, Dave Dombrowski, PBO (president of baseball operations), is holding auditions for October and 2023: similar to an also-ran but with something to play for. Why would he do that? Translation: They are in the unique position of only which team they’ll face.

The Fightins won’t catch the Atlanta Braves or the New York Mets, and they can’t change the outcome for the St. Louis Cardinals. So, they only can capture the second or third wild card. And only a meltdown can stop their playoff opportunity: an unfounded fear of the Milwaukee Brewers.

Currently, the Brew Crew has two starters on the injured list. And even if they were at full strength, they are 43-47 after May 31, plus they have been under .500 from the first of every full month since. Likewise, the San Diego Padres are 47-45 and playing near .500 ball monthly after May’s end.

In the National League East, the Phils could determine their opponent with two series –one at the Bank and the other in Atlanta. Ergo, winning or losing could make a difference. And the red pinstripes are 6-6 (3-3 at home) against them: one was a disastrous bullpen game. Moreover, they are 4-4 since June 1, including the relievers’ defeat.

After May’s end, the Phillies are 2-1 here versus the Braves, and they’re 2-2 in Georgia without the bullpen game. Therefore, they could also determine the divisional winner. And this could show the Fightins’ strengths and weaknesses in an October atmosphere.

For those who expected a sweep of the Washington Nationals, they entered this series on a 7-4 run: taking two of three from the Metropolitans in Queens and splitting a four-game away set with the Cardinals. Yet, some not only demanded victories but also dominance: Winning by only two runs disappoints them.

In a normal stretch drive, a team can catch the club ahead of them and win to stay ahead of challengers for a postseason berth. This year, the Phils are in the middle, where taking each series is more than enough. They don’t need non-stop triumphs for serious October baseball, although some locals may fear otherwise.

Adding third catcher Donny Sands to open alternatives for either Sands or Garrett Stubbs wasn’t an expected move: no impact so far. Moreover, the outfield assignments for Nick Maton continue. These are auditions!

For the relief corps, Vinny Nittoli was the additional pen arm, and again PBO Dombrowski was content to carry him with Cristopher Sanchez, Nick Nelson and Andrew Bellatti. Yes, the PBO is seeing what they have for the playoffs and ’23, plus players have a chance to earn slots on either roster. My best guess: Skipper Rob Thomson is in agreement.

With three contests in Miami remaining from the 22 lighter-scheduled games, the red pinstripes are 12-7. Then, they will face Atlanta and Toronto before 10 road contests. Is this when the no-rush auditions end, and Darick Hall becomes a threat off the bench?

Phillies and Playoff Rivals through Sept. 11:

Some fans won’t accept realistic possibilities because they believe nothing is substantial. Last September, though, the Phillies were 13-11 heading into the final set, and they achieved that without Zach Eflin and Rhys Hoskins. They, however, had emptied their tank to be in that position.

Though the present squad is playing inspired baseball, especially Jean Segura, Bryce Harper, JT Realmuto and Zack Wheeler demonstrated a strong playoff-reaching desire in 2021. Wheeler went 3-1 with a 1.47 ERA in September, and Harper hit .338 with 20 bombs and 50 RBI in the second half. Moreover, Realmuto had a solid final two months.

To give the rotation more rest at season’s end, will the Fightins go with a six-man staff? No, because they have every Monday off in September, this scheduling anomaly will give each starter an additional day off. For now, the biggest concerns are Ranger Suarez and Kyle Gibson, but Bailey Falter could handle long relief behind any short outings.

This month, Eflin and Wheeler will replace Sanchez and either Nelson or Bellatti on the 14-man staff. And the other probably won’t make a healthy postseason roster. Moreover, Eflin and Falter can pitch multiple innings in relief or as openers.

The Phils have a 24-17 road mark (.585) since May’s end, and it’s important because their final 10 contests are away. And if they win the Wild Card Series, those are road games, and the first two NLDS battles wouldn’t be at the Bank. So, that’s 14-15 straight away contests.

If the Bravos and the Mets battle for first place through game 162, the second place team will then immediately play the red pinstripes or the Padres for three straight at home to advance to the NLDS. Ergo, what does one here call possibly missing their aces, while the Phillies have theirs? A favorable wrinkle! 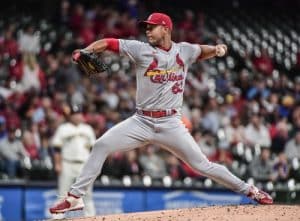 Jose Quintana and Miles Mikolas to Start NLWCS Game 1 and 2 for St. Louis 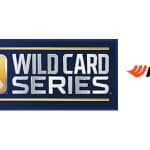 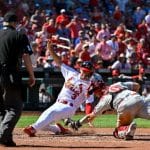 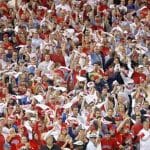