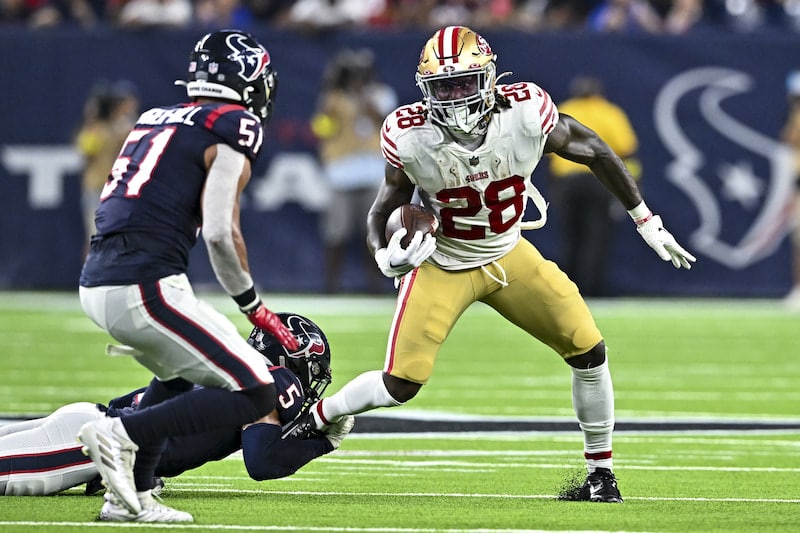 The Eagles claimed Ian Book off of waivers yesterday and waived Davion Taylor to do so.

Later in the afternoon, they traded Jalen Reagor to the Vikings for draft picks.

Those moves left the Eagles with an open spot on the 53-man roster. With that spot, the Eagles claimed running back Trey Sermon.

Sermon was the 88th overall pick (third round) in 2021 after the 49ers traded multiple pick to maneuver up and grab him. San Francisco was more impressed with their other backs in the preseason, however. When an offensive lineman from the Browns became available on the waiver wire, Sermon was released to make room despite his being on the team’s initial 53-man roster.

During the 2021 season, Sermon appeared in just nine contests with 41 rushes for 167 yards and one touchdown.

Sermon did register 2076 yards on 339 carries across three seasons at Oklahoma before finishing his collegiate career with the Ohio State Buckeyes and recording 870 yards with four touchdowns in 116 attempts.

Sermon provides the Eagles with a change of pace back. While he’s unlikely to provide much of anything in the way of receptions, he is a 6ft, 215lb back that stands in contrast to the smaller, quicker backs that the Eagles currently roster.

As such, the Eagles are likely looking at Sermon to potentially serve as their short-yardage/power back. Any running back worth their salt should have a comparatively easier time in that role behind the Eagles offensive line than most any other line in the league.

With the addition of Sermon, the Eagles hope they have improved on the last position that appeared to be lacking depth and have filled their 53-man roster.

With the addition of La’Mical Perine to the practice squad, the Eagles are settling in more on the players they will have around for week one.