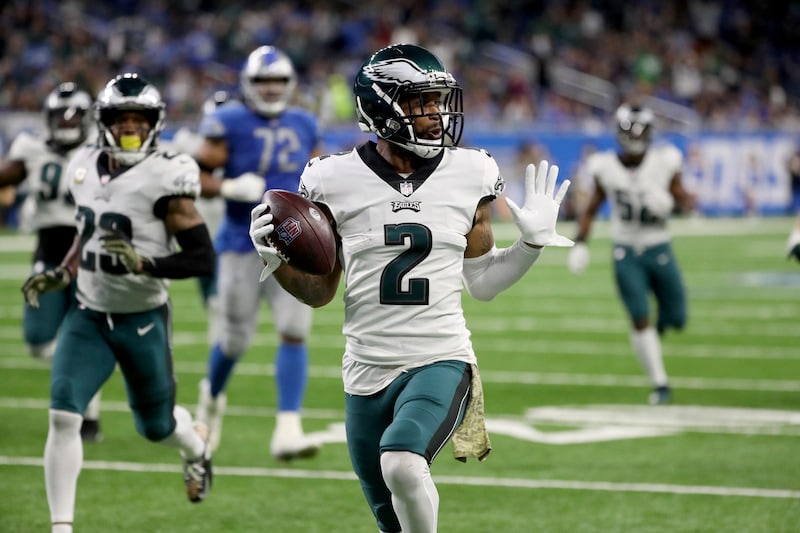 The Philadelphia Eagles open their season on the road against the Detroit Lions. Both teams are not the same as they were last year, so both teams have a lot to prove on Sunday. Where the Eagles acquired a lot of good players in the draft and offseason, so did the Hard Knock Lions.

2021: The Philadelphia Eagles (3-5) won a blowout game against the Detroit Lions (0-8), 44-6. Running backs Jordan Howard and Boston Scott had two touchdowns each. Quarterback Jalen Hurts threw 9-for-14 for 103 yards.

Both teams have a lot to prove already in Week 1. The Philadelphia Eagles are a different team than they were last year, with a major difference being the acquired talent on both sides of the ball. The team is all in on Jalen Hurts and it shows. Not to mention, the team is getting younger and faster. The Eagles only have a few players on their injury report, but for the most part, everyone is pretty much ready to go on Sunday. This year’s roster of fully healthy Eagles is ready to dominate.

The Detroit Lions are equally as young and ready to make a statement. Last year, the Lions struggled on both sides of the ball. The team was ranked 29th overall last season and didn’t come close to playoff contention. Now that the team has addressed those issues and picked up younger talent, like Aidan Hutchinson and Kerby Joseph, the Lions are going to be much different. Coming into this season, this game was considered a “should-win” for the Eagles.

Tommy Kraemer (back) – out

Levi Onwuzurike (back) – out

The team is great on paper, now they have to execute on the field. The wide receiver room is stacked and the Eagles finally have their younger and faster linebackers. Everyone has to do their job, but Nick Sirianni and Jonathan Gannon are going to need to take what worked and didn’t work last year, especially against the Lions, and apply it to this game. A large part of the Eagles’ success in the last matchup against the Lions is attributed to the run game. Though the team is heading in the direction of being more of a passing team, they should not completely abandon the run game. Wide receiver Quez Watkins is the guy to deliver in this game, among our other fast offensive talent. As a punt returner and throughout the game, you’re only going to get speed with this guy. Speed is the name of the game for the Eagles, especially against the Lions who are looking for a comeback.

The Lions are not the same team they were a year ago. They’ve gotten a little better and, of course, picked up younger talent that will help the team succeed. The Eagles are going to be a tough team, but not an impossible team to beat. There’s still a lot of questions about how the defense will be played. Jonathan Gannon was a weakness for the team, not pressuring the quarterback was a major flaw. If quarterback Jared Goff and his offense are able to read the defense right away and use it to their advantage early in the first quarter, the Eagles may struggle to come back.

I think the Lions are going to put up more of a fight this year, but it still might not be enough considering the talent the Eagles offense has. On the flip side, I think the Eagles defense is still up the air under the direction of Jonathan Gannon. They have the talent but I don’t think Gannon will have a feel of how to best utilize the defense until the season is in full swing. Luckily, the Eagles have a few “should-win” games in the first few weeks, so it’ll give Gannon enough time to figure out what does and doesn’t work.