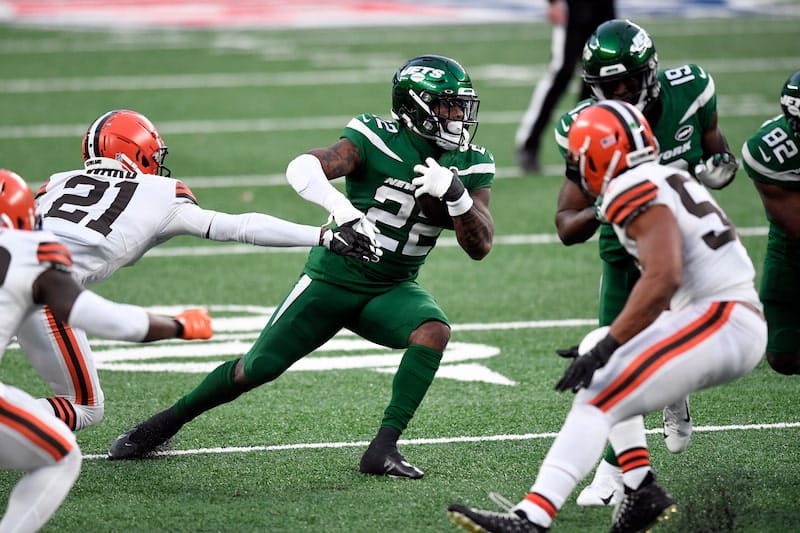 The Eagles have made some moves with their practice squad ahead of their first game this weekend.

RB La’Mical Perine and QB Reid Sinnett, both veterans in the league have been released to make room for WR Auden Tate and TE Dalton Keene.

The moves to claim Trey Sermon and Ian Book likely made the Eagles feel a bit more confident in those position rooms and relieved their need to have Sinnett and Perine on the practice squad.

Tate is himself a veteran who has spent the last four seasons with the Bengals. He’s been placed on IR numerous times, but does have some promise as a backup receiver with his 2019 season (40 catches for 575 yards in 12 games) standing as a testament to the value he could bring as a role player if called upon.

If the Eagles believe Tate to be healthy or on his way there, he’s a great depth player and veteran to have available.

Dalton Keene was a third-round pick of the Patriots in 2020. He appeared in just six games (three catches) playing 140 snaps for the Patriots that year. His season was cut short due to injury and he missed the entire 2021 campaign on IR before the Patriots released him this offseason. For Keene, this is likely a tryout to see if the Eagles think he will be able to work his way back and continue to develop.

These moves come a day after Andre Dillard was placed on injured reserve, so it is a bit surprising that no move was made along with these moves to promote someone.

Since no move to replace Dillard on the 53-man roster has been made, there still remains a spot open there.