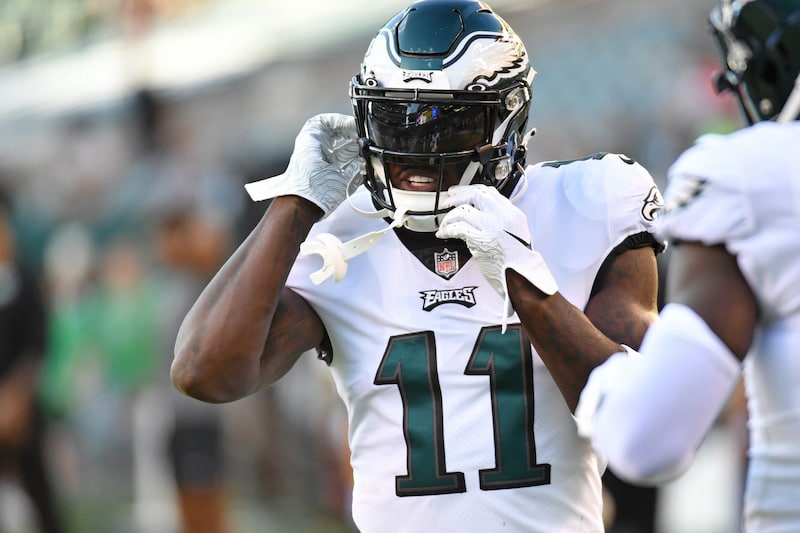 The Philadelphia Eagles (1-0) are back in Philadelphia for their home opener against the Minnesota Vikings (1-0). After a week of Jalen Reagor‘s supposed revenge, Justin Jefferson being happier with the Vikings, and a lot of 2018 NFC Chip talk, this primetime game is sure to be a highlight of Week 2.

The Vikings are no Lions. They’re better. The Eagles didn’t necessarily have a clean sweep first victory last week, but the Vikings did against the Packers. The Eagles need to shape up quickly this week against a team that will have no trouble moving the ball all over the field. As for the Vikings, Cousins doesn’t do so hot in primetime games, Adding traveling to the Linc, the team is going to have their work cut out for them.

So far, the Vikings are without rookie cornerback, Andrew Booth Jr., with a quad injury. The Eagles are entering Week 2 with a seemingly full healthy set of starters. Just as much as there is pressure for Eagles quarterback Jalen Hurts to succeed, eyes will also be on defensive coordinator Jonathan Gannon’s defense to see how he contains Cousins, Jefferson and Dalvin Cook. Last week versus the Packers, Jefferson had nine receptions for 184 yards and two touchdowns. Cook had 20 carries for 90 yards.

The Vikings tackle, and the defense can do what it will to create stops. One player (of many) the Eagles are going to have to look out for is Jordan Hicks, who had nine tackles, five assists and one sack last week versus Green Bay. The Eagles were off to a shaky start protecting Hurts last week, but once they get to do that, I think the Eagles have a chance at keeping the ball for as long as possible and making plays. On the opposite side of the ball, I can not stress enough the importance of containing these explosive guys. With the defense stacked, the Eagles have no excuse to not play smart, aggressive football.

The Eagles struggled last week versus the Lions, who in their defense, have improved a lot since last season. The Eagles have talent on both sides of the ball that should make them almost unstoppable this season. I think the Vikings have all the necessary parts to be able to win tomorrow should they read that Eagles offense and defense. Considering the play calling on both sides of the ball still has work, the Vikings should be able to use that to their advantage.

Vikings are going to blow up early and take the lead, barely giving the Eagles any room to score. However, close to the second quarter and throughout the second half, I see the Eagles getting a second light and making a comeback. The Eagles know this isn’t going to be easy, and (unfortunately in some cases) they might do just enough to scrape together another win.