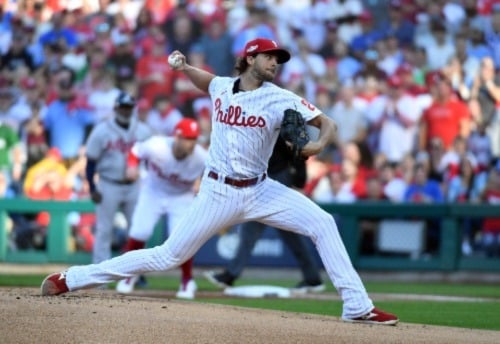 While the Phiadelphia Phillies are in their first World Series since 2009, the Houston Astros have made four appearances in their last six campaigns. Since, though, their 2017 Fall Classic triumph, Houston hasn’t duplicated their “trash can assisted” victory. Did they need an edge regardless of marring their reputation? A permanent stain?

For many Phillies, the World Series is an opportunity of a lifetime. And when someone has one shot, their approach is different from someone else relying on an excess of talent and success. Surprisingly, the underdog poses more of a threat to a Goliath than most care to consider.

In baseball history, only the 1906 Chicago White Sox (93 victories) won the Fall Classic over the Chicago Cubs (116 triumphs) despite a 23-victory differential. Currently, there is a 19-win spread between the 87-win Fightins and the 106-victory Astros. This, though, is happening 116 years after.

Since the 2008 Phils had won the championship, only the San Francisco Giants have had more than one World Series victory with their core: 2010, 2012 and 2014. Moreover, the 2020 Los Angeles Dodgers and Houston in 2017 have also done it just once. According to Charlie Manuel, however, baseball is 40 percent luck: games, trades, signings and the draft.

On their way to the Fall Classic, the ‘Stros swept the New York Yankees in the American League Championship Series. So, Yankees supporters are having difficulty believing in their club, especially with Houston advancing so easily. They are experiencing a combination of anger, frustration and helplessness.

Of course, others there are still smarting over the New York Mets dropping to and losing the Wild Card Series. Yes, one media personality bemoaned another National League East franchise going to the big dance other than the Metropolitians. And he even speculated on a postseason format setting up away wild card teams for almost certain defeat.

With his limited playoff thinking, the Mets only had to win one of the first two home contests against the San Diego Padres to advance. However, the Fightins would still be in the NLDS after going 2-0 against the St. Louis Cardinals: The wild-card club that beat them in 2011. The radio voice, though, didn’t consider that or a higher seed with three shots to win one.

For the third time in the last three 162s, an NL East organization is facing the Astros. The 93-victory Washington Nationals as the wild card beat Houston: four games to three in 2019. Again, it was the tale of the hot team bringing home the trophy.

With 88 victories, the 2021 Atlanta Braves had won the NL East and defeated the ‘Stros 4-2 in the World Series. And they accomplish it without their superstar right fielder Ronald Acuna Jr. and one of their top starters Charlie Morton, who suffered a fractured right fibula on a second-inning comebacker in the first battle.

Now, the ’22 Phillies are the third franchise facing Houston in the Fall Classic, and, again, the NL East is the underdog: kryptonite? In fact, the Fightins were victorious in four of their first six road contests: An obstacle to stop the hot team from sneaking into the big dance. Yet, the MLB increased revenue and fan interest with a new postseason format.

After their cheating scandal, Houston may be experiencing payback from the baseball gods. Yes, other organizations try to get any advantage, like stealing signs or picking up tipped pitches from the opposing hurler. But this was in a class by itself despite claims to the contrary.

However, it could be fate’s hand lifting the red pinstripes to their most successful summer since ’08. And if that’s the case, Houston will not be receiving favorable bounces in the seven-game set. Realistically, there are many reasons to believe the Phillies are destiny’s team.

Entering the Bank for game three, the Fightins are 10-3 during serious October baseball, and the Astros are 8-1. So, do we have two hot clubs? One was the sixth NL seed, and the other was the first AL seed. But is Houston ready for an untainted championship, or will they wait until 2023?

Aaron Nola, Justin Verlander and Zack Wheeler didn’t have their best stuff, and both club’s offensive meetings paid almost immediate dividends.That stated, the Phils relief corps has allowed no runs over 8 1/3 innings, but the ‘Stros pen gave up three runs including an inherited runner in their 7 2/3 frames. Suspending believe?

While many locals will be nervous with a bullpen game behind starter Noah Syndergaard, the ’21 Braves had three of them in last season’s World Series and won two. Besides, Ranger Suarez, Nola and Wheeler will each start the three battles after that contest. And no one should expect two bad outings from Nola and/or Wheeler in the Fall Classic.

Realistically, the goal was to return home with one victory in Houston, and they’ve accomplished that. But it also proves to the players they can defeat the Astros in their building. In recent World Series, though, the NL East has been their kryptonite. In fact, what did the Phillies do in this series that no other team did to Houston in this postseason? Beat them!