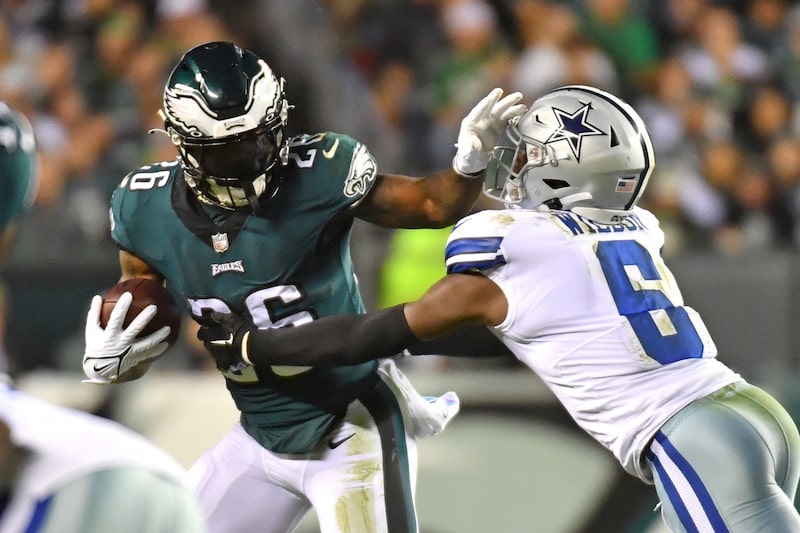 The Eagles escaped an away game with a win last week in order to remain undefeated, but this week they had their toughest test perhaps of the season, but at least since the Vikings game in week two. On Sunday Night Football, the Eagles took on the division-rival Dallas Cowboys and franchise great Jason Peters.

While the Eagles entered the game undefeated, this was already a critical game with the Giants having won earlier in the day to advance to 5-1 while the Cowboys already sat at 4-1, looking to pull into the lead with a win. With the rest of the NFC East (sans Wentz’s crew) also appearing to be amongst the top of the league, getting this win could be a critical tie breaker later in the season. In fact, the Bills in the AFC and the Vikings (who the Eagles have handed their only loss) are the only two other teams with five wins or the shot of ending the week with five or more wins.

While Jalen Hurts struggled on the first offensive possession, he came prepared starting with the second drive of the game, putting up 20 points before the half.

Meanwhile, the defense was firing on all cylinders, stopping the Dallas run and forcing two interceptions to hold the Cowboys to just three points.

Unfortunately, the Birds hit the wall at the half yet again, with the offense sputtering and the defense unable to stop anything in the third quarter.

Luckily, both sides of the ball were able to put together a competent drive or two in the fourth quarter to get the ball back to the offense and for the offense to burn some time and put some additional points up on the board.

A series of stops followed by a missed field-goal left the Cowboys with little hope of getting back in and the Eagles and their fans could finally celebrate another win to advance to 6-0 with some important tie-breakers heading in their favor.

There really wasn’t someone on the offense who stood out and I was thinking Jason Kelce here until that miscue on a snap that Hurts did not appear ready for. Brown was a player who was incredibly effective with five catches for 67 yards and a touchdown. Really, he (and DeVonta Smith) looked like a player who the Eagles really could have utilized some more to put up more points, particularly when the offense struggled due to pressure. He was open quickly just about every play and slants or screens to him should have been options more often than they were.

I had a whole write-up here about James Bradberry which got scrapped for the obvious reason: Gardner-Johnson tracked down a misthrow from Rush late in the fourth to get the back in the hands of the Eagles offense. He wound up with four tackles, two passes defensed and two interceptions. His time missed with injury was severely felt as that was the time that Dallas was able to storm back – of course part of that was a lack of pressure from the line, but there was no mistaking that his presence on the back end was also missed.