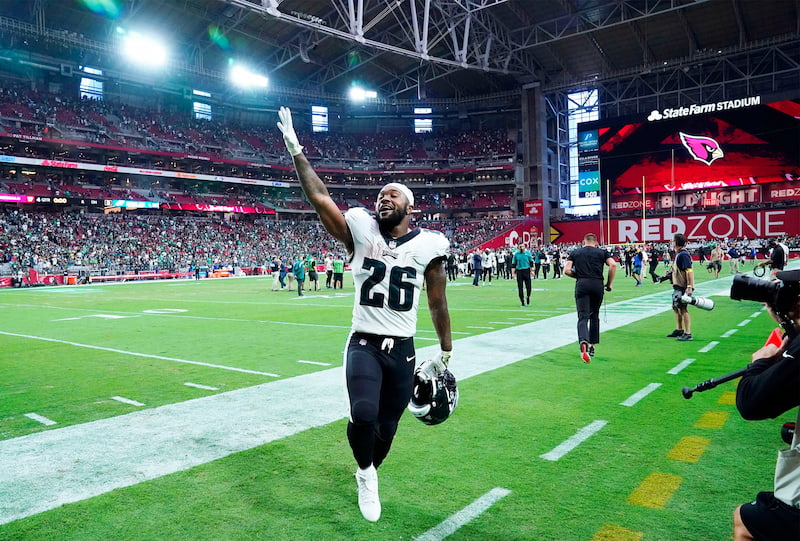 Happy Dallas Week to those who celebrate!

There’s been quite a bit of confusion on Twitter this week about why Eagles and Cowboys fans have a dedicated week of rivalry. That is, in fact, because it is a classic football rivalry. The history of the Eagles-Cowboys rivalry is quite extensive, but nonetheless, a fun week leading up to a challenge to both the undefeated team and the team with a backup quarterback who’s been undefeated this season.

2022: The Dallas Cowboys won 51-26. Dak Prescott was 21-for-27 for 295 yards and five touchdowns. The Eagles had already made the playoffs, so the team’s starters were benched for the season closer.

There’s been talk all week about how this game is a big test for the Eagles. This game is equally as important for Cooper Rush and the Cowboys. While the team faces a potential quarterback controversy, this game serves as a good indicator of how Rush competes against a good team finding ways to win. For the Eagles, they face a good team in their division while still being undefeated. Is there pressure to succeed? Yes, but the team – especially being healthy – should be fully capable of competing today.

Josh Jobe (shoulder) was a limited participant in Friday’s practice and is questionable for Sunday’s game.

Janarius Robinson (ankle) was a limited participant in Friday’s practice and is questionable for Sunday’s game.

Rico Dowdle (ankle) is out for Sunday’s game.

Jason Peters (chest) is expected to play in Sunday’s game.

Dak Prescott (right thumb) is not expected to play in Sunday’s game.

CeeDee Lamb (hip) did not practice on Friday and is questionable for Sunday’s game.

There’s no doubt the biggest matchup people will be watching is the Eagles offense against the Cowboys secondary. Trevon Diggs and Micah Parsons will be on fire, so the Eagles should set up Miles Sanders or Kenneth Gainwell for the RPO to keep Diggs on his feet while opening up the Cowboys defense to make a big play. The only way the Eagles will be able to do that is if Jalen Hurts is protected from Parsons. Luckily, the offensive line is back and healthy, but they’ll have to play near perfect today against their division rivals with a great defense. Lastly, the Eagles need to win the turnover battle, something they’ve been able to do well thanks to James Bradberry and Haason Reddick, two great off-season additions.

If there’s one issue the Eagles have had lately, it’s the holes on defense that allowed the Cardinals and Jaguars to make big plays. The Cowboys would otherwise have no issue doing the same thing, and doing it well, against their division rival. The Cowboys also outscore the Eagles this season in the first quarter, 31-14. Dallas needs to start fast, making it harder for Philadelphia to come back. One way they can keep it difficult for the Eagles to compete is to get Hurts out of the pocket and scramble.

It feels like it will be a hard-fought win, but with the way Philadelphia sports are going right now, specifically with the Phillies moving on to the NCLS, the Linc will be rocking and in favor of the Eagles getting to work.