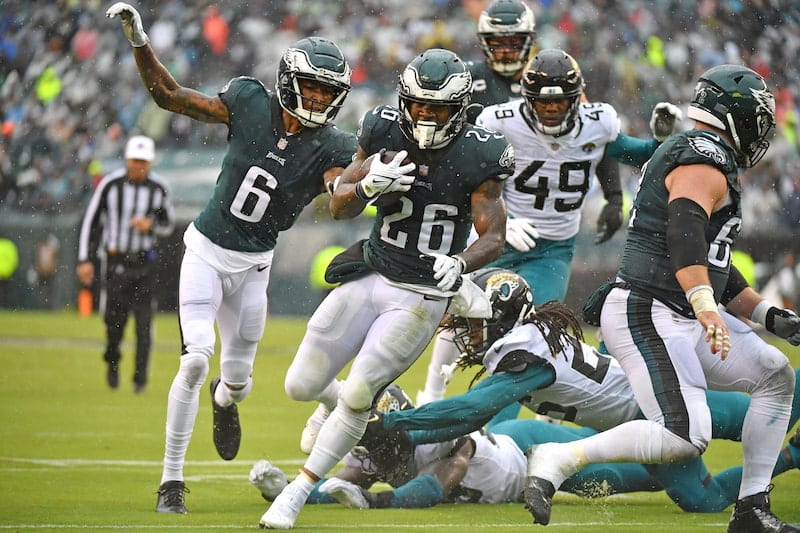 The last remaining undefeated team in the NFL, with wins over the Lions, the Vikings and the Commanders, entered a battle with their former coach – the very same one who brought the team its first Super Bowl victory.

It wasn’t a pretty one, but the gritty victories count just the same at the end of the day and the Philadelphia Eagles remain the lone undefeated team in the NFL.

It was not a pretty game by any means. The Birds offense got a heavy dose of Zach Pascal early on with the receiver getting called for a false start and then tipping a poorly thrown ball into the air for a pick-six. To add to the nightmare that was unfolding, Jordan Mailata was injured trying to make the tackle on the return of that play.

Defensively, the Eagles started out slowly, too. Without Maddox heading into the game and losing Slay early on left the secondary weaker than it’s been at any point this season or even this offseason. While they did allow a touchdown early, they were able to combine luck (dropped passes, an unforced fumble, etc.) with some good play to force the Jaguars offense off the field without points a few times.

The Eagles made the needed changes offensively in the second quarter, sticking to the ground with Sanders, Hurts, Sermon or Gainwell and saw the best success they’ve had on the ground since the 2021 season. This, combined with interspersed screens to Goedert and short passes to AJ Brown or DeVonta Smith, kept the Jaguars off balance enough for the Eagles to take the lead at the half.

The Birds were able to carry their momentum through the game until late in the fourth quarter and that time proved too much for the Jaguars to makeup by the time they got anything going again.

There’s a lot of people that are pretty down on Sanders just because a lack of explosible plays, but the longest play this offense had today was a 35-yard run from Sanders. Perhaps one of the most important but overlooked plays in this game will be when Sanders recovered the snap fumbled by Hurts. It set the Eagles up to burn more clock and eventually secure the field goal that restarted the scoring for the Birds. Many plays may not have gone for much on paper, but there were numerous plays where he turned nothing or a loss into a three or four-yard gain. Even when the play was obvious, positive yardage could be expected. On 27 carries, he recorded 134 yards and two touchdowns with 22 yards receiving.

While there were not many people who had a game that stood out on the defensive side, Reddick had his first big game for the Birds, registering a sack and coming away with two fumble recoveries – one which he forced and another where he reached into a pile where no one else could find the ball. It was a critical contribution for a defense that was struggling to find any consistent pressure in this one, leading to an oft-exposed secondary this week. Not to mention, he secured the win by forcing a fumble on the first play of the last drive.