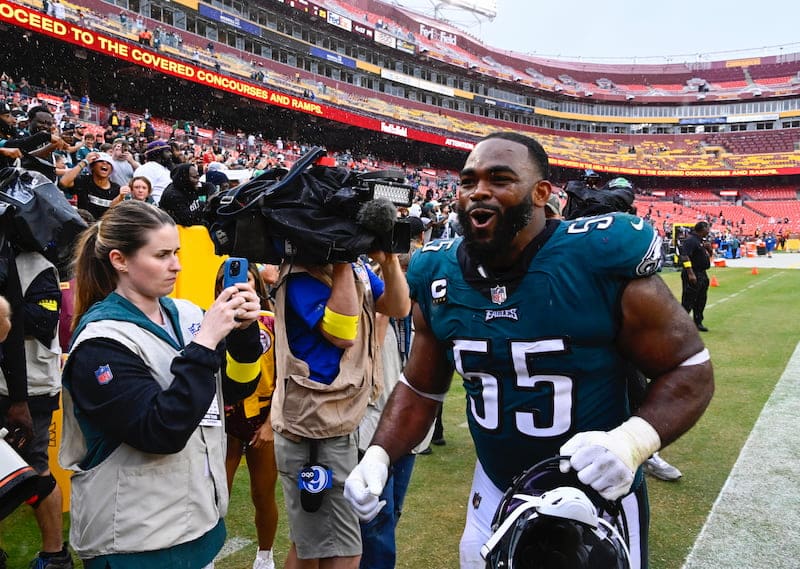 The Philadelphia Eagles (3-0) aren’t the only guys happy to return to the Linc. The Jacksonville Jaguars (2-1) head coach and former Eagles Super Bowl-winning head coach, Doug Pederson, returns to face his former team. It’s a second-straight week that the Eagles are facing a former team member, so it will be a great matchup to see how Pederson can compete against the team he used to coach. Another factor coming into today is the remaining weather from Hurricane Ian.

2018: Both Pederson and Carson Wentz were attempting a victory over the Jags, and it happened. The Eagles won 24-18. Philadelphia was slow to start but kept the energy going in the rest of the quarters to get the win. Wentz was 21-for-30 for 286 yards, three touchdowns and one interception.

Weather. Pederson reunion. Big test for the Eagles. These are all the big concepts for today’s game. Today is another “test” for the Eagles. The Eagles’ biggest test throughout the season is to be able to execute the same way they have been week in and week out. The offense needs to continue being explosive and the defense needs to continue applying pressure in a smart way. The way the team has been performing is the way they need to execute today.

Boston Scott (rib) is out for Sunday’s game.

Avonte Maddox (ankle) is out for Sunday’s game.

Cole Van Lanen (hamstring) is out for Sunday’s game.

K’Lavon Chaisson (ankle) is out for Sunday’s game.

The weather will play to the Eagles’ advantage if they utilize the run game. That being said, the Jaguars have the best run defense in the NFL right now. The Eagles do have great rushing talent, so it could go either way. Today is the day the Eagles should fix that “second-half no score” issue (which they likely will). They need to do everything in their power to have ball security and continue bringing the heat that they’ve brought to start the season. The Eagles should have enough talent to win the game otherwise.

Pederson knows the Eagles, so he has a plan for how to expose the Eagles’ weaknesses. The Jaguars have an explosive offense just like the Birds. Just last week, quarterback Trevor Lawrence went 28-for-39 for 262 yards and three touchdowns. The team’s highest rusher had 100 yards and one touchdown. The Eagles should expect that the Jaguars will get aggressive because their coach isn’t afraid to do so. Play aggressively and you might get the Eagles shaken up enough to win the game.