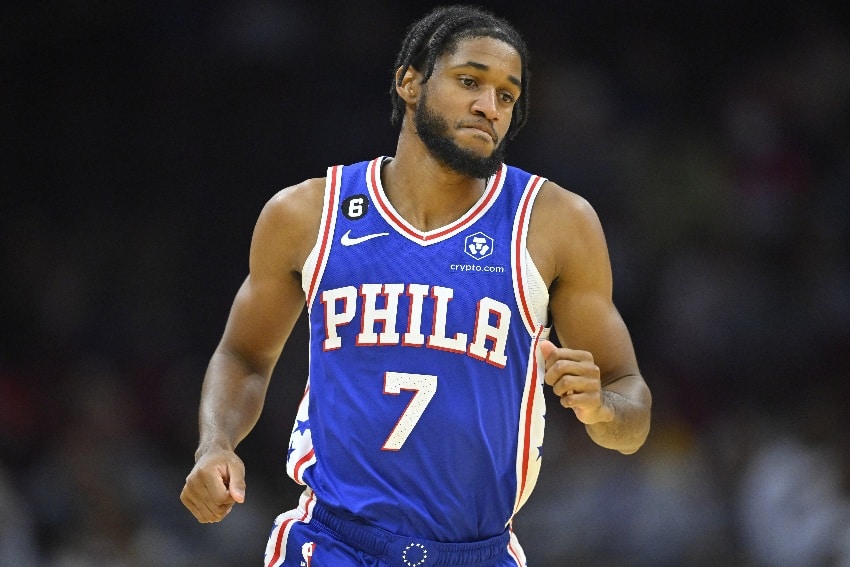 According to multiple reports, the Philadelphia 76ers are waiving both Isaiah Joe and Charles Bassey. The Inquirer’s Keith Pompey was first to report the Bassey move. Shams Charania of The Athletic was the first to report about Joe. The Sixers came into the preseason with 17 players, two more than the 15-man roster limit they needed to trim down to before the start of the regular season. They waived Trevelin Queen on Sunday morning to get down to 16 players.

The battle for the final roster spot came down to Joe and Bassey. It appeared as if Joe had the edge, but in the end the team elected to waive them both. Waiving Bassey did not come as a surprise considering he did not receive much playing time in the preseason. The Sixers also have a stacked rotation at center consisting of Joel Embiid, Paul Reed and Montrezl Harrell. There simply was not space on the roster for Bassey. It would not have been a wise use of resources to have four centers on the roster. Once the team signed Harrell late in the offseason, the writing was on the wall for Bassey’s time in Philadelphia.

Waiving Joe came as more of a surprise. The 2020 second-round pick showed enough promise with his outside shooting abilities to warrant consideration to remain on the roster. He had a good summer, putting together an impressive performance in the Summer League, averaging 13.7 points and shooting 60% from beyond the arc.

The Sixers did not need to waive Joe to get to the 15-player roster limit. The team made a calculation that having added space under the hard tax was worth waiving Joe and going into the season with 14 players on the roster. According to Spotrac, the hard cap this season sits at $156.938 million. The team can not go over the hard cap until next offseason. Before waiving Bassey and Joe, the Sixers had roughly $2.48 million in space under the hard cap. Waiving Bassey, whose $1.563 million contract was partially guaranteed ($74,742 guaranteed) netted a savings of roughly $1.49 million. The Sixers saved $1.782 million by waiving Joe, whose contract was fully non-guaranteed unless he was still on the roster past Oct. 23.

The pair of roster cuts wound up netting the Sixers $3.27 million in savings. The team now has roughly $5.75 million in space under the hard cap. While this might not seem like a big deal, the added space under the hard tax could help the team make a win-now move during the regular season. It allows the Sixers to have a bit of added flexibility for either an in-season trade or free-agent signing. Instead of having to match salaries in a potential trade, this pair of moves allows the team the flexibility to take back an extra $5.75 million in salary.

Both Joe and Bassey showed enough potential during their time in Philadelphia they should be able to land an NBA contract elsewhere. However, Kyle Neubeck of PhillyVoice reports the Sixers have an interest in attempting to bring Joe back on a two-way contract. While this would be great for the Sixers, bringing him back is not likely.

The team’s roster now stands at 14 full-time players under contract. In addition, Charlie Brown Jr. and Julian Champagnie are under two-way contracts. Michael Foster Jr. is also currently on the roster with an Exhibit-10 contract. It now appears as if the Sixers roster is set heading into the regular season.