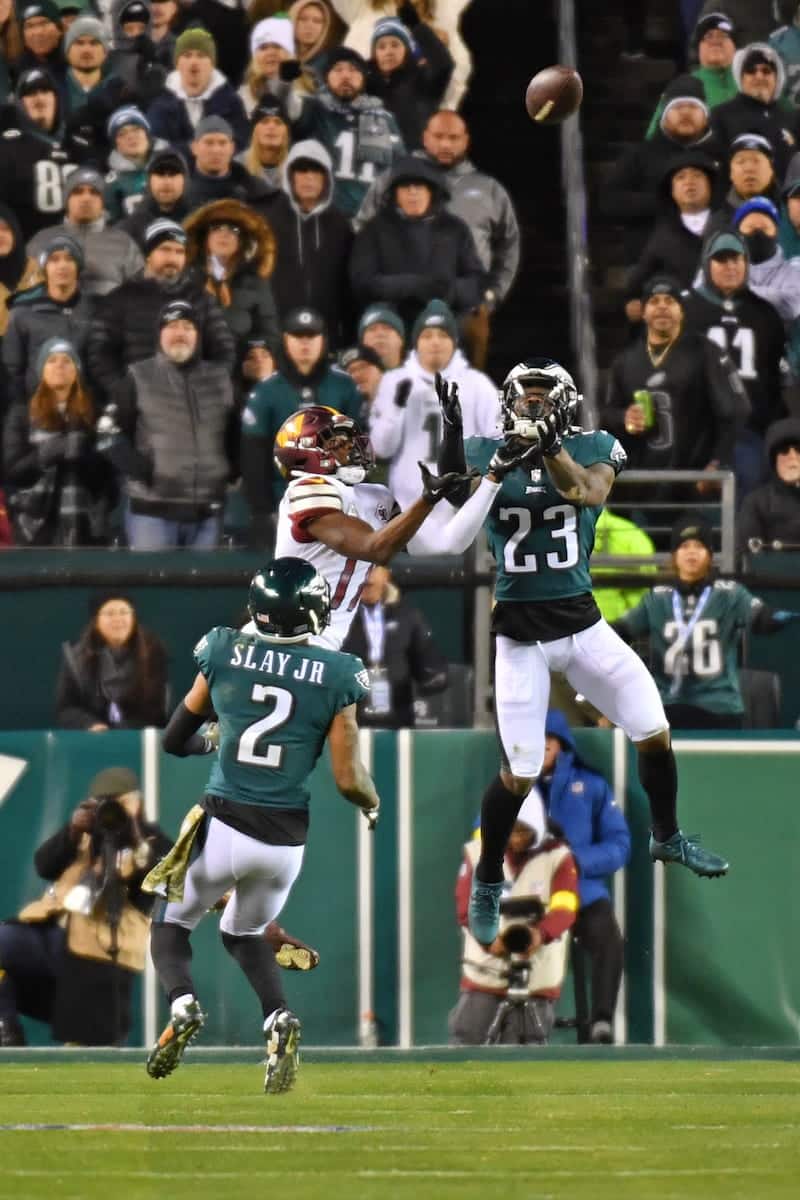 The Philadelphia Eagles (8-1) look to bounce back from their first loss of the season on Monday night versus the Washington Commanders. Likewise, the Indianapolis Colts (4-5-1) are looking to get right with a win today to improve to a .500 record.

2018: The Philadelphia Eagles controlled the game and won, 20-16. Carson Wentz was sharp going 25-of-37 for 255 yards, one touchdown to Dallas Goedert and one interception. Wendell Smallwood also had a touchdown to accompany his 10 carries for 56 yards.

The Eagles are hungry and angry. Following that Monday night game, the team got a taste of adversity from a hard loss to a division rival. Flags and the team not showing up gave the team a reason to get angry and work harder to keep their season going strong.

There’s a different story of adversity for the Indianapolis Colts. After firing their head coach Frank Reich, and bringing in interim head coach, Jeff Saturday, the team has looked much better. Are we getting a Phillies vibe from this team? Maybe. But the team is looking to improve their 4-5-1 record for the second half of the season.

Josh Jobe (hamstring) is out for Sunday’s game.

Kwity Paye (ankle) is out for Sunday’s game.

Jelani Woods (shoulder) is out for Sunday’s game.

Braden Smith (back) is questionable for Sunday’s game.

The Eagles need to get back to the basics. Now that they’ve lost and addressed their areas of concern (we hope) they need to do what they’ve done best this season. The first is to win the game on the ground and in the trenches. The Eagles have a great running back room, as well as mobile quarterback himself, Jalen Hurts. The run game dominates and helps the team win. The Eagles have also been sensational at the turnover battle this season, something that fell short on Monday night. Regardless of who has the ball, the Eagles have to stop it, and I think they’ll be able to accomplish that with new defensive tackle, Ndamukong Suh. Another big thing the Eagles defense has to do is stop the run. Jonathan Taylor is a fantastic running back and the Eagles have struggled with stopping the run. It could be a recipe for disaster if they don’t contain the run game. Lastly, and I cannot stress this enough, pass rushers need to pass rush today. And every game.

The Colts have their work cut out for them against the Eagles, but it’s not impossible to get a win. Likewise, with the Eagles, the Colts need to stop any chance of a run game – including that of Hurts. The Eagles are phenomenal with the run, so the Colts have the same job of halting the run game today. Another key for today’s matchup is that games are won in the trenches. The Colts are going to need to play aggressive defensive football upfront so that they scramble the Eagles and make them lose the momentum again. Because the Colts gave up the most sacks in the league, today would be a good day for the team to clean that up.

I see the Eagles having a slow start, even after the fire and hunger coming off of a loss. They eventually find their footing towards the second half but never give up a lead by too much. I hope it’s a big day for A.J. Brown as well as the defense because it is long overdue.