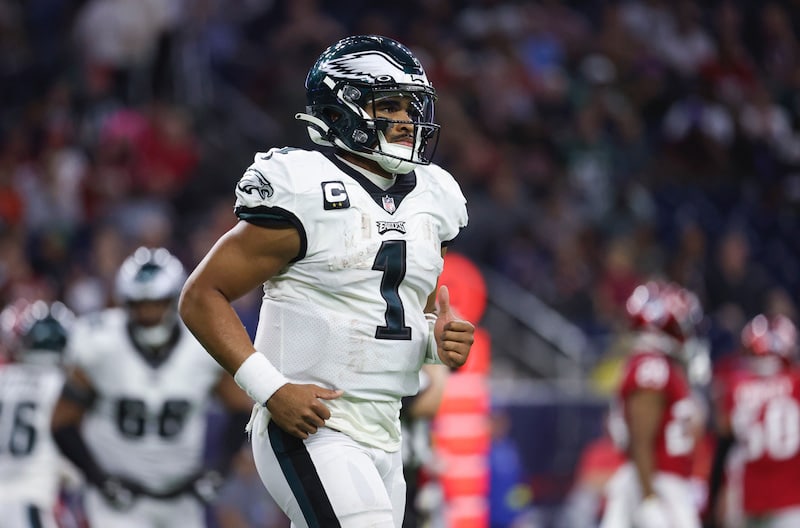 So we meet again, this time on different terms and with a different quarterback. The Philadelphia Eagles (8-0) return from a mini-bye to face the Washington Commanders (4-5) in a primetime rematch. The major difference coming into this game is that Taylor Heinicke will be under center.

2022: The Philadelphia Eagles controlled the game and won, 24-8. In a Carson Wentz reunion game on the Commanders turf, the Eagles sacked Wentz nine times. Jalen Hurts wasn’t particularly spot-on in this game, but it was good enough for him to have three passing touchdowns.

The Eagles are back at the Linc for another primetime game – this time in a division rival matchup. These two teams are very familiar with this kind of matchup as last season they met on a Tuesday night primetime game following a COVID breakout on the Commanders. The Eagles had a slow start but still came out with a win. Will that happen tonight? We will see. The Commanders have Heinicke this time as their quarterback, so things will look much differently than they did in Week 3.

With a win tonight, the Commanders would improve to 5-5. This isn’t much of an improvement for the team, but it would deliver the Eagles their first loss. With a win for the Eagles, they improve to 9-0 and increase their odds for playoffs.

Josh Jobe (hamstring) is out for Monday’s game.

Avonte Maddox (hamstring) is out for Monday’s game.

Chase Young was not activated for Monday’s game.

Cole Holcomb (foot) is out for Monday’s game.

David Mayo (hamstring) is out for Monday’s game.

J.D. McKissic (neck) is out for Monday’s game.

Tyler Larsen (back) is questionable for Monday’s game.

It’s a perfect recipe for success for the Eagles: minimal players out, home in primetime and on a hot streak. The Eagles have very little room for error and at the same time have made very few errors. The team needs to do exactly what it did against Carson and the Commanders in Week 3. Getting at the opposing quarterback and having a strong defense that can hold its own while Jordan Davis is gone is probably one of the biggest keys to success right now.

The Eagles have gotten themselves into tricky situations this season, even if they found ways to win. The Commanders have a road map of how they can give the Eagles their first win, but much like the other teams this season, they have not been successful. The Commanders should not be afraid to blitz and keep Hurts in the pocket. Hurts had a lot of success this season with both situations, but he’s also gotten sacked 22 times this season. With enough strategic pressure, even with Young’s absence, he has the chance of getting sacked tonight. The team also needs to establish a run game and hold on to the ball for as long as possible and keep the Eagles offense from making plays.

I think the Eagles could have a slow start but it won’t matter because the team is at home and will still get it done and have a great game. I want to see DeVonta Smith get a touchdown for his birthday. I also see the Eagles defense getting it done just enough to hold the Commanders to a few field goals in addition to touchdowns.