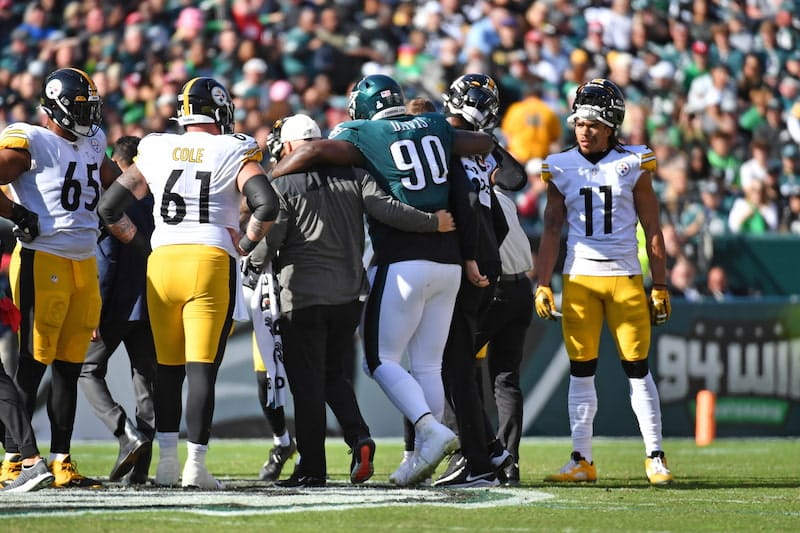 The Eagles made it official on Wednesday, placing big Jordan Davis on injured reserve.

The Eagles first-round pick in 2022, Davis had been playing more and more snaps per game over the course of the season but will now miss at least four weeks before he can be re-activated. His high ankle-sprain was originally reported as a 4-6 week injury.

Davis has looked impressive throughout the year and has 14 sacks and a batted pass on the season so far.

With Davis out, Milton Williams will take up the role of the third DT on the roster after an impressive game of his own on Sunday. The third-round pick in last year’s draft will team up with fellow 2021 draft pick Marlon Tuipulotu (sixth-round pick), who figures to move up to the fourth defensive tackle on the roster.

With the move, the Eagles have an open roster spot on the 53-man roster. If they choose to value the position depth more, Marvin Wilson may benefit as the only defensive tackle on the Eagles practice squad. Matt Leo and Tarron Jackson are edge rushers currently on the practice squad.

If the team is looking for someone else already familiar with the defense, Renell Wren is available to be pulled off the Steelers practice squad and spent this offseason with the Eagles.