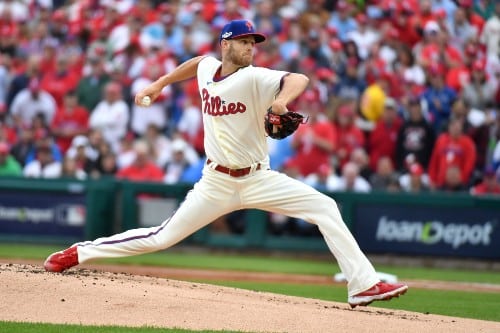 Thank you, Philadelphia Phillies, for proving what I’ve been preaching since 2017 about the many variables required to make and advance in the postseason. No, winning or losing the World Series isn’t the point here. It’s what happens the following 162, and how the faithful perceive their chances. Will expectations be beyond control?

When the Phillies exceeded the fans’ low bar, anticipating victories was more the norm in October than in June. But even stars expect another campaign of equal strength. And because they envision future triumphs, many easily get caught up in the championship euphoria of winning the National League pennant or the Fall Classic.

Stars and locals increase their expectations for the following season, and two examples demonstrate an NL flag or a World Series championship heightening the anticipation. Translation: It happened after the 1950 and 2008 successes. The Fightins, though, were in consecutive Fall Classics in 2008 and 2009.

Reportedly, Robin Roberts stated the entire team felt they’d return to the big dance in 1951 despite beating the Brooklyn Dodgers in the final game for the 1950 pennant. But ’51 was completely different because the Phils were 73-81 for fifth place. Basically, there is no guarantee bounces will go your way, and injuries won’t affect the outcome.

To paraphrase Cole Hamels during the ’08 celebration, the southpaw had promised annual World Series triumphs, but the rubber-chicken circuit made demands on his time affecting his offseason preparation. Therefore, the front office acquired Cliff Lee to return to the big dance.

The red pinstripes will be at $224.8 million AAV if they basically keep the World Series unit intact, which is doubtful. And while the remaining amount to reach the second AAV threshold of $253 million is $28.2 million, it will probably be less than that if they replace Segura and Eflin with a free agent shortstop and three-slot hurler.

Realistically, the Phillies haven’t made any decisions so soon after 2022’s final battle. But they’ll evaluate their personnel compared to possible replacements, including in-house options. However, their “hot stove league” approach will reveal their pressing needs.

“Segura has a $17 million franchise option. But if Dombrowski decides to ink a free-agent shortstop, like Trea Turner, the Fightins could move Stott to second base, and some national publications have reported he’s better defensively there. Of course, Turner will probably run $8-10 million AAV more than Segura.

*They didn’t pick up his club option.

Many want to trade Hoskins and switch Bohm to first base. The reason: Glaring errors situationally magnified and slumps have occurred. Unfortunately, this is more picking nits because most batters are streaky, and slumps sap confidence, which is always one hit away from ending it. But no team today will have a roster of All-Stars.

Despite his empty October tank, the *Phils will exercise Nola’s club option of $16 million. Yes, it’s easy to say he’s no ace or has an annual September drop-off, but this year it was in October because he had additional days off. Plus Clayton Kershaw and Justin Verlander also had playoff drop-offs: They had little left for the postseason. A six-man rotation?

*They exercised his club option.

Eflin only twirled an inning or two, but he also pitched more than one day a week. But while he may *accept his mutual option, both sides doing it is rare. However, this may be an exception if the red pinstripes have confidence in his health, and the organization knows that more than writers or fans.

*He rejected the mutual option.

Rookie hurlers may compete this spring for April or a mid-season call-up. So, Griff McGarry could be part of the relief corps to begin ’23, and Andrew Painter could join the five-man staff in the second half. Barring unexpected circumstances, though, Mick Abel is more likely a 2024 possibility.

While most supporters predict a summer without considering players’ health, a campaign like that isn’t realistic. In ’22, Eflin missed 11 weeks and returned only in relief, and Wheeler was out for a month due to right forearm tendinitis. But that time off kept him fresh into November.

And even if everything goes right, 40 percent of baseball is luck, which is whether the Fightins have four aces and a potent offense or get in with the third wild card. Yes, Charlie Manuel was right with those percentages, even though fans believe 95-win teams will prevail. Yet the 102-victory Phillies set the franchise record but still lost to a wild card entry.

Over the 2022 campaign, naysayers have voiced dissatisfaction with all but Harper and Wheeler: a superstar and an ace respectively. Ergo, emotional conclusions arise almost every time there’s a bad pitching appearance, a fielding error, or a missed opportunity. But can any club win a wild card with just two top-tier players? No!

NEXT: The Astros’ Kryptonite