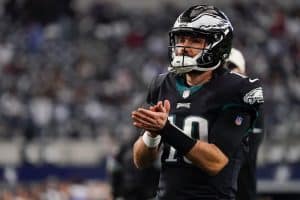 Noah Cates picked up a short-handed goal with 6:59 left in the third period to lift the Flyers to a 4-2 win over the Kings on Saturday afternoon. 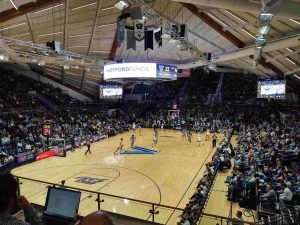 The Flyers take the ice for the final time in 2022, facing off against the Los Angeles Kings on New Year’s Eve.

Tony DeAngelo picked up the game-winning goal off the rush to give the Flyers a 4-3 win over the San Jose Sharks on Thursday night.

Back from the break, the Flyers head out west for the next three games, two of them coming against teams trailing them in the standings. It starts on Thursday night as they face off against the San Jose Sharks.

Lane Johnson To Put Off Surgery, Rehab For Playoffs

Johnson will look to help the team in their playoff push.

We can all expect the 2023 Phillies to be just as good, if not even better than their 2022 selection. 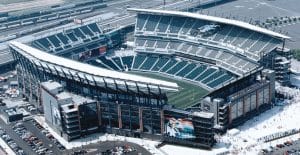 Who should fans be hoping wins each matchup this weekend?

The Eagles received bad news regarding offensive tackle Lane Johnson on Monday, learning that one of their top two offensive…

The Eagles might be able to use some help from an old friend. 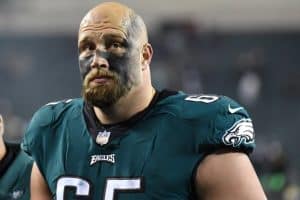 The Philadelphia Eagles were dealt a massive blow on Monday morning.  According to multiple reports, offensive tackle Lane Johnson is…

Another Dallas week in the books.

Ersson allowed a goal on the first shot he faced in his NHL career and was eventually pulled after allowing five goals. In relief, Hart was back in goal, until he was forced to exit with an injury, sending Ersson back in during a whirlwind 6-5 loss for the Flyers to the Carolina Hurricanes on Friday night.

It’s a Festivus Miracle! According to The Athletic’s Ken Rosenthal, the Philadelphia Phillies have agreed to a deal with free… 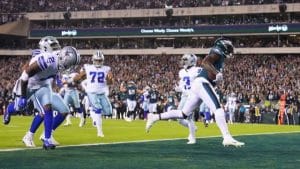 Before reaching the break, the Flyers will face a red-hot Carolina Hurricanes team that has won seven straight games, 11 of their last 12, and has not lost in regulation since Nov. 23.

Who should fans be hoping wins each matchup this weekend?

Leafs Hang On to Defeat Flyers

Two quick goals made the game competitive again, but the Flyers rally fell short in a 4-3 loss to the Toronto Maple Leafs on Thursday afternoon. 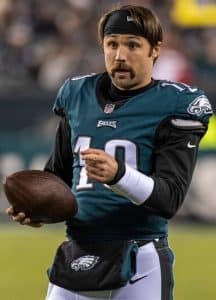 Before the holiday break arrives, the Flyers have two games remaining, starting with a rare Thursday afternoon matchup north of the border against the Toronto Maple Leafs. 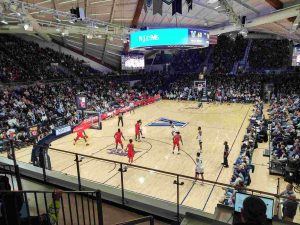 Villanova: It is exciting when you get to open Conference play and that is what we had on Wednesday night… 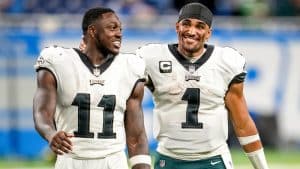 It’s a busy week for the Philadelphia Eagles as they gear up for a Christmas Eve matchup. Now, we’re adding…