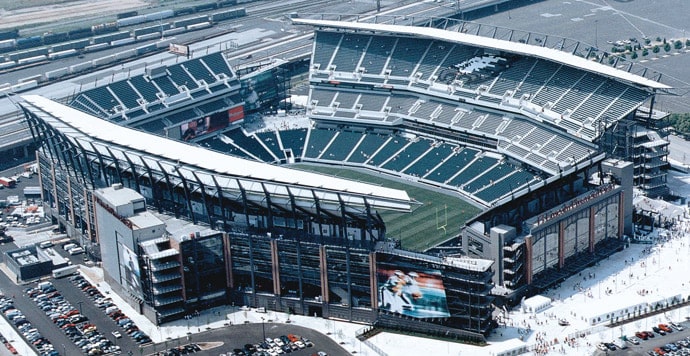 Week 16 did not go as Eagles fans hoped.

Not only did the Eagles beat themselves to earn a loss against Dallas, but the garbage team in New Orleans was able to win after the lowly Browns continued their decades-long tradition of being absolutely awful.

This means that the Eagles are still seeking to lock up the one seed in the playoffs.

It also means that the Saints themselves could find themselves in the playoffs and their pick is getting less valuable.

So who should Eagles fans be rooting for in Week 17? Let’s take a closer look.

The Titans are only one win ahead of the Saints and the Cowboys are in no danger of having a record worse than that of New Orleans. Plus, seeing the Cowboys lose is always good fun.

The Cardinals are 4-11 and the Falcons 5-10, so both of these teams currently trail the Saints. The Cardinals next game is against the 49ers while the Falcons will play Tampa Bay. Unfortunately, the Saints also hold the head-to-head tie breaker over Atlanta, meaning they are essentially 1.5 games back and would also need to win both games. Still, the Cardinals and Bucs are a far easier schedule than one that includes a real playoff team.

The Ravens are four games up with the Steelers just one game up. A win by the Steelers here could keep the Saints from catching them and the Ravens hold no immediate impact on the Eagles season.

The Bears looked able to upset the Bills last week, but they could not pull through. That puts them out of reach – they will have a better pick than the Saints no matter what happens. Meanwhile, the Lions are just one game up on the Saints and could in theory finish with the same or a worse record than New Orleans.

Houston has been out of it for weeks now. Their win last week not only puts them in position to win again and lost the number one pick to Chicago, but it stunned the Titans and put Tennessee in a position that they could wind up with a worse pick than New Orleans.

The Jaguars are in playoff position, but could be knocked out and their record is just one win better than that of the Saints. The only benefit to the Eagles here is if they can add to that breathing room.

The Chiefs are in and may be the one seed come playoffs, but the Broncos are just two games back from the Saints. Unfortunately, the Broncos are playing two playoff hopefuls and have looked worse than any other team this season even if the record doesn’t show it. That has lead to the Saints having the tiebreaker over the Broncos, meaning the Broncos would have to make up 2.5 games in two weeks to make a difference.

The Dolphins are irrelevant since they surrendered their first-round pick anyway. The Patriots, just one game up on the Saints, are still in danger of tying or falling behind New Orleans, so a win here to put that extra distance on them could help.

The Panthers are tied with the Saints with the tiebreaker between the two being decided in week 18. On the other hand, the Buccaneers are just one game up on the Saints. These are also the two teams that Eagles fans will need to see step up in order for one of them to take the playoff spot and keep New Orleans out. Luckily, both teams have the tie breaker over the Saints.

Having trust in the Eagles beating the Saints this week and hedging bets for this week, having the Panthers and Bucs both one game up on the Saints and either one having the opportunity to win and eliminate New Orleans is a good spot.

The Browns remain tied with the Saints. The Commanders are one game up and looking to make the playoffs along with every other NFC East team. If you’re interested in the bragging rights for the division being the first and only to have all four teams in the playoffs, the Commanders are for you. If you want the Saints pick to surely be better then the Browns are for you (the Saints have the tiebreaker that would push the Browns lower if they remain tied). If you want both, a tie may be best to get each team a half game advantage at best or a half game drop at worst.

The 49ers are in and have no chance of finishing with a worse regular season record than the Saints. The Raiders are tied, so it’d be best if they could pull ahead, though that seems difficult given that the 49ers still have something to play for by virtue of the Eagles loss last week.

Both of these teams are just one game ahead of the Saints. The Seahawks lost to the Saints so the tiebreaker is for New Orleans there. Unfortunately, the common opponents tiebreaker would go to the Saints between them and the Jet if they were to lose against Seattle. A win by either team puts them up essentially 1.5 games and leaves the other team with essentially a half-game lead.

Green Bay is fighting it’s way to try and make the playoffs. For all that intensity, they are just one game better than the Saints. With the Vikings in, another win for the Packers could help the Eagles draft positioning from worsening.

The AFC-side of LA is too far ahead for the Saints to catch up, but the defending Super Bowl champions are a game behind the Saints. The Saints hold the head-to-head tiebreaker in that matchup, so the Rams would need to make up 1.5 game or more of space on the Saints in order to pass them in the draft order.

These teams will both be in the playoffs, so there isn’t a universal reason for Eagles fans to root for one team over the other beyond personal situations/circumstances.

Jonathan Gannon Coaching Rumors: Gannon Out of the Running in Houston?