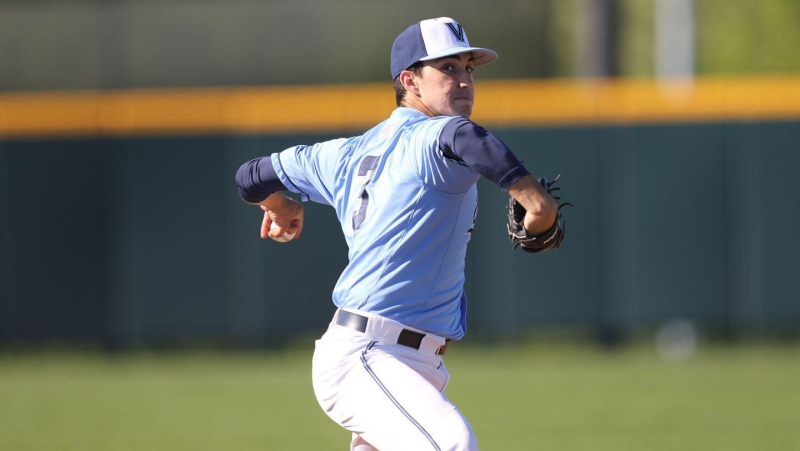 Originally published on The Villanovan.

The Wildcats continue to struggle on the baseball diamond, losing six games in a row, all in Big East play, dropping their record to 0-6 within the conference. In their first home series of Big East play, the ‘Cats got swept by the 10-13 Seton Hall Pirates (3-1 Big East), 1-0, 13-2 and 4-1.

Game one had ace junior starting pitcher Gordon Graceffo on the mound for Nova. 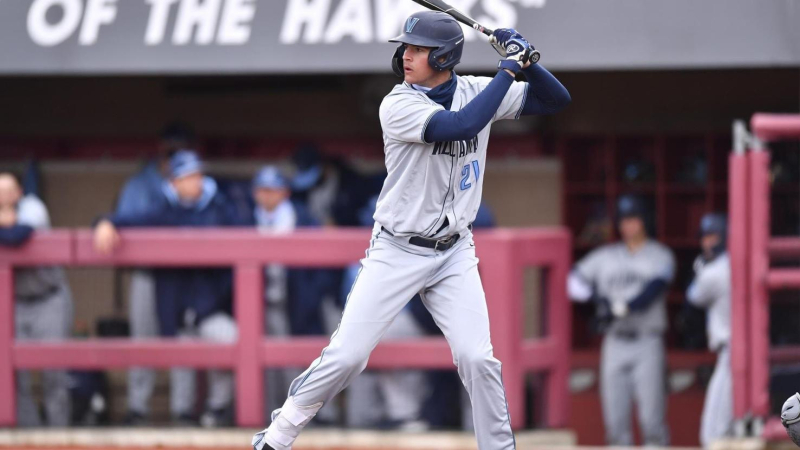 Villanova's first series of Big East play did not go well, as the ‘Cats were defeated in all three games, 9-2, 10-0 (8 innings) and 8-0. This was the Wildcats’ first series loss since their opening series. 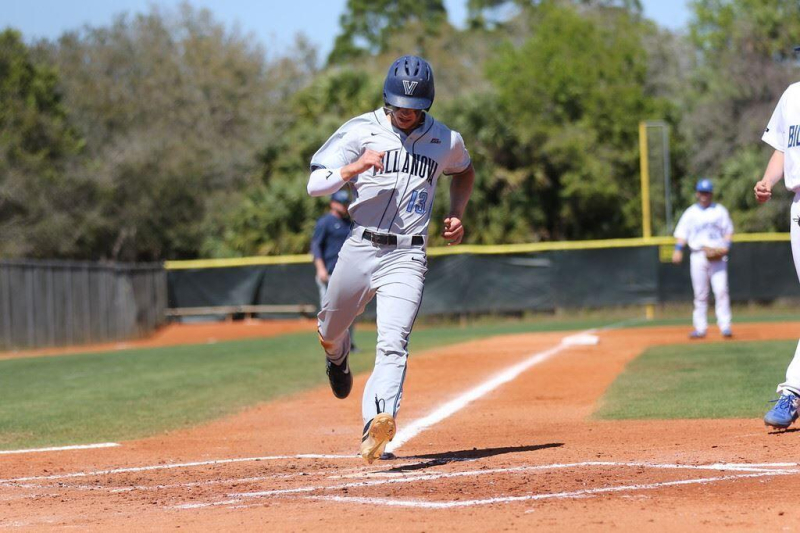 Last week, the ‘Cats played a three-game series on the road against St. Joe’s, which they swept, 8-7, 16-5 and 8-2. Nova has been on a tear ever since getting swept in its opening series, winning its last 12 games, giving it the longest winning streak since 1989.

Game one of the series on Thursday had freshman Devin Rivera on the mound for the ‘Cats, making this his first collegiate start. 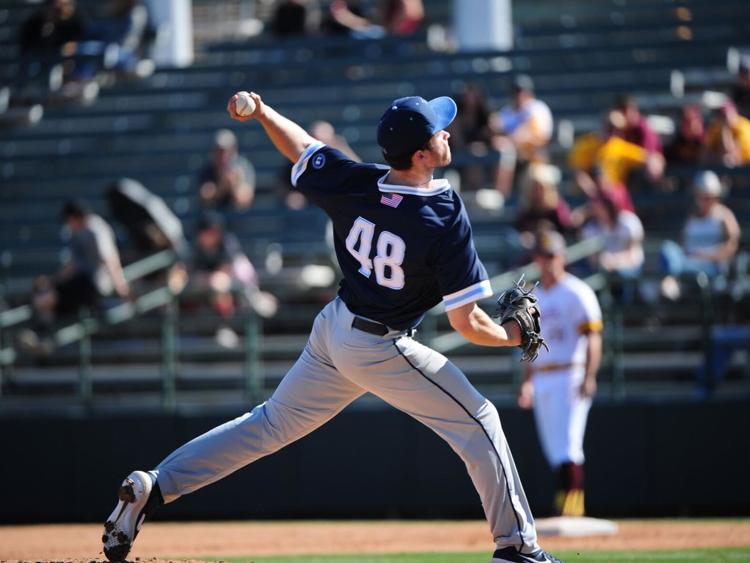 Originally published in The Villanovan

The Villanova baseball team faced off against Delaware on Saturday and Sunday and swept the Blue Hens, 6-5 and 11-10, improving its record to 4-2.

The ‘Cats, who were the home team for game one, started hot with senior Chris Rotondo leading off the bottom of the first inning with a double and freshman Cameron Hassert doubling in the next at-bat, scoring Rotondo.

Hassert advanced to third on a groundout by sophomore Jack O’Reilly and in the next at-bat crossed home thanks to a groundout by graduate student Ryan Toohers, which gave the ‘Cats a 2-0 lead after the first inning.

The 6-9 Washington Football Team visits the 4-10-1 Eagles in the final game of the regular season. The Eagles are eliminated from playoff contention, but they look to play spoiler to Washington. The Eagles have played well, but trail 17-14 at the break. Here's what we saw in the first 30 minutes of action:

Hurts had a solid first half, finishing with 65 passing yards and rushing for 27 yards and two touchdowns, however, Hurts did throw one interception. If Hurts can continue this play in the second half, the Birds should be able to win this game and eliminate the Washingtion Football Team from playoff contention.

Singleton had an amazing first half, finishing with 10 tackles, eight of them being solo tackles, and one being a sack which was on third down.

The Eagles Secondary didn’t have a good first half, giving up 118 yards and two touchdowns. The Birds’ secondary needs to play better in the final 30 minutes for the Eagles to come away from this game with a win.

Young had a decent first half, finishing with one tackle, which was a sack. The Eagles need to watch out for Young in the final two quarters.

The 4-9-1 Eagles visit the 5-9 Cowboys in a week 16 matchup. Both the Eagles and the Cowboys need to win this game and need the Washington Football team to lose to keep their playoff hopes alive. The Cowboys lead the Ealges 20-17 at the half. Here's what we saw in the first 30 minutes of action:

Jalen Hurts had a nice first half, throwing for 178 yards including a 81-yard touchdown and rushing for 53 yards. If Hurts can continue this in the second half, the Birds have a good shot at coming away from this game with a win.

Curry had a huge sack in the Red zone on the Cowboys opening drive, and that drive would end with the Cowboys making a field goal. Curry finshed the half with one tackle and two QB hits.

Gallup had an amazing first half for the Cowboys, catching six balls for 121 yards and two touchdowns. The Birds will need to contain Gallup in the second half to come away from this game with a win.

The 4-8-1 Eagles visit the 7-6 Cardinals in a battle of the birds. The Eagles started off slow, trailing at one point 16-0, but they were able to come back and only trail 20-26 at the half. Here's what we saw in the first 30 minutes of action:

Hurts had a great first half, throwing for three touchdowns and 177 yards, and rushed for 21 yards. If Hurts can keep this level of play up, the Eagles have a real shot at coming back in this game and keeping their playoff hopes alive.

Jacquet made a huge play for the birds, forcing a fumble in the red zone. Jacquet also wrapped up Cardinals Quarterback Kyler Murray and Eagles CB, Nickell Robey-Coleman punched the ball free, forcing a turnover. Jacquet was involved in two turnovers in the first 30 minutes of the game and finished the half with three tackles and half of a sack.

The Eagles pass defense did not have a good first half, giving up 256 passing yards. If the Eagles want to come away from this game with the win, the birds pass defense needs to be better in the second half.

Hopkins had a solid first half, catching four passes for 71 yards. With the Eagles secondary banged up, they will need to watch out for one of the league best receivers in the second half.

The 10-2 Saints visit the 3-8-1 Eagles in a week 14 matchup. The Eagles played a great first half and lead 17-0. It really looks like the Eagles offense has found their footing with Jalen Hurts under center. Here's what we saw in the first 30 minutes of action:

Hurts has done a great job in his first career start, passing for 129 yards and a touchdown and rushing for 75 yards. If Hurts can continue his stellar play in to the second half, the Eagles have a really good shot at coming away from this game with a win.

Riley made a huge play in this game, intercepting Saints Quarterback Taysom Hill in Saints territory. That drive led to an Eagles field goal that put the Birds up 10-0. Riley finished the half with two tackles and one interception.

The Eagles pass defense has been the only part of the entire Eagles team that didn't have an amazing half. The Eagles gave up 65 passing yards, which isn't a lot, but all the other aspects of the Birds had such a great half that I didn't have a lot to choose from. If the Eagles can shut down the pass game in the second half, they should be able to win this game handily.

Thomas had a nice first half, registering five catches for 39 yards. If the Eagles can contain the former All-Pro receiver in the second half if they have a great shot at closing out this game.

The 3-7-1 Eagles visit the 8-3 Packers in a week 13 matchup. This is a big game for the Birds if they want to keep their playoff hopes alive. The Eagles have not been able to get much going on the offensive end, and enter the half trailing 14-3. Here's what we saw in the first 30 minutes of action:

No Eagles player really reserves this MVP, but since I have to choose one, I choose Tight End Dallas Goedert. Goedert finished the half with three catches for 19 yards. two of his catches were on third down, and all three resulted in an Eagles first down.

Hargrave had a huge play on second and long, sacking Packers Quarterback Aaron Rodgers and forcing the Packers into a 3rd-and-22. Hargrave finished the half with tackles and sacks.

This is the fourth week in a row where I have put down something having to do with the Eagles offense as my “Who Needs To Step Up.” This offense started out okay, driving down the field and kicking a field goal on the opening drive. After that, however, the Birds have not been able to get anything going, scoring only three points in the first half.

Adams is arguably the best Wide Receiver in the NFL, and he showed why he gets such high praise in the first half. Adams finished the half with four catches for 39 yards and one touchdown, which came on a fourth-and-goal play.

The 7-3 Seahawks visit the 3-6-1 Eagles in week 12 of the regular season. The Seahawks have dominated this game but only lead 14-6 at the half. It was a rough first half for the Birds, but they are still in this game. Here's what we saw in the first 30 minutes of action:

Wentz did not have a great first half at all, but he did have a nice last drive that ended in an Eagles touchdown. Wentz had two rushes for 33 yards on that drive and capped it off with a touchdown pass to TE Dallas Godert.

Derek Barnett had an incredible first half, registering two tackles that were both for a loss on fourth down that stopped the Seahawks short of the line to gain. Barnett finished the half with one sack and three tackles.

The Eagles offense had a horrible first half, starting the game with five straight three and outs. They did have a nice drive that ended in a touchdown at the end of the half. The offense needs to step up in the second half for the Eagles to have a shot at winning this game.