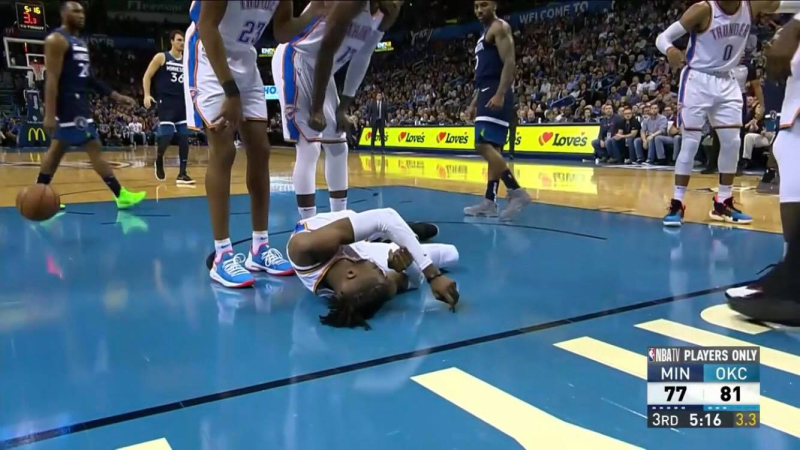 Oklahoma City big man and former Sixer Nerlens Noel took a scary fall on Tuesday night in a heated game between the Thunder and Minnesota Timberwolves. With the Thunder leading 81-77 a little past the midway point of the third quarter, Noel went up for a block of Andrew Wiggins' layup. Nerlens took an inadvertent elbow to the face from Wiggins and he fell hard to the ground with his head hitting the court, knocking him unconscious. 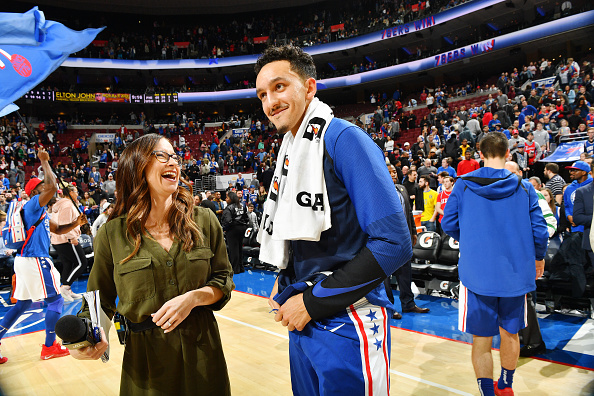 The Philadelphia 76ers trounced the Washington Wizards on Tuesday, 132-115, in the first game of a home-and-home between the two teams. The Sixers got strong performances from their All-Star hopefuls, Joel Embiid, Jimmy Butler and Ben Simmons, but it was rookie Landry Shamet that stole the show.

Shamet shattered his previous career-high in points of 17 with a 29-point performance that included setting a new Sixers record for most three-pointers made in a game -- 8. That eclipsed Allen Iverson's mark of six during the 1996-97 season. Landry's eight triples is the most in a game among rookies this season in the NBA and the 26th overall pick finished one three shy of the NBA rookie record.

The Philadelphia 76ers have announced a new addition to their front office, hiring Annelie Schmittel as Vice President Of Player Development. According to the official Sixers press release, the position is responsible for creating, managing and overseeing the holistic development and implementation of programs that support the professional and personal growth of 76ers players, staff and families.

Here's a little background on Schmittel from the release: 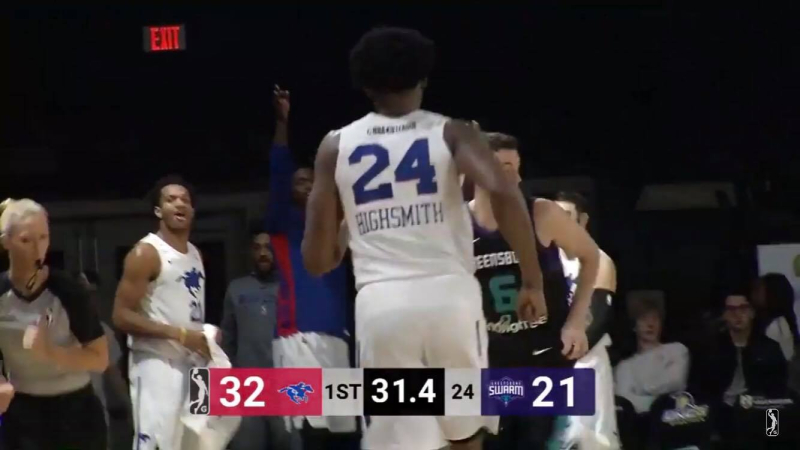 This past weekend, the Philadelphia 76ers parted ways with two-way guard Demetrius Jackson, who plans to sign and play in China. With an open two-way slot, the Sixers were known to be high on their G League product, Haywood Highsmith. The undrafted rookie will indeed fill Jackson's spot.

Here's the official word from the Sixers: 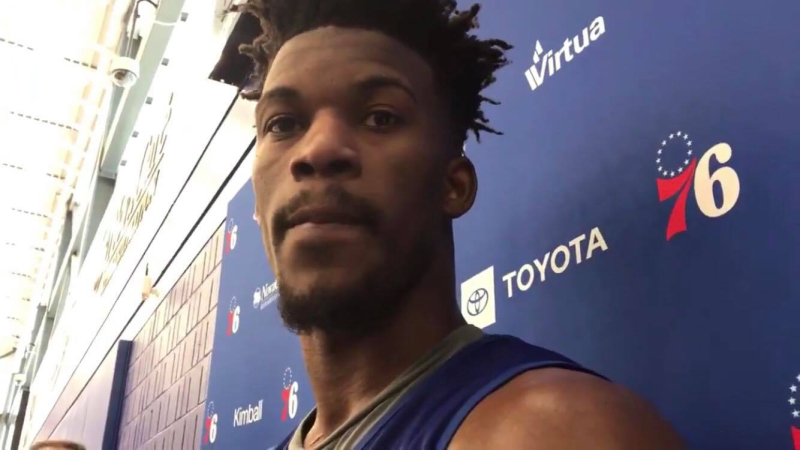 The Philadelphia 76ers have been without Jimmy Butler for the past few games, but that hasn't kept the four-time All-Star out of the headlines. On Janaury 4, a report surfaced from ESPN that Butler was challenging head coach Brett Brown and the Sixers' offensive system. Prior to Saturday's win against the Mavericks, Brown spoke to the media for the first time about it, downplaying the verbal exchange between him and Butler and assuring everyone that it was nothing to worry about at all. Players echoed that sentiment after the win.

On Monday, Butler spoke for the first time since the ESPN report came out and here's a few clips of his comments. Shoutout to Dave Uram of KYW 1060 for getting video of Butler's practice media session:

This past week, the Philadelphia 76ers posted a 3-0 record against the Suns, Clippers and Mavericks. It was a dominant week for Sixers big man Joel Embiid and his performance earned him Eastern Conference Player of the Week honors for the first time this season.

When the Philadelphia 76ers acquired Jimmy Butler from Minnesota in exchange for Robert Covington, Dario Saric and Jerryd Bayless, two of the more storied players of The Process were gone. Covington went from the G League to NBA First-Team All-Defense. Meanwhile, Saric came over from Anadolu Efes and developed into a solid contributor, despite his slow start this season, and one of the biggest fan-favorite Sixers.

Trades are never easy. Dario Saric was hit hard with the news that he thought was never come to happen. He had a heartfelt conversation with Brett Brown when the deal went down, but the same can't be said about Robert Covington. 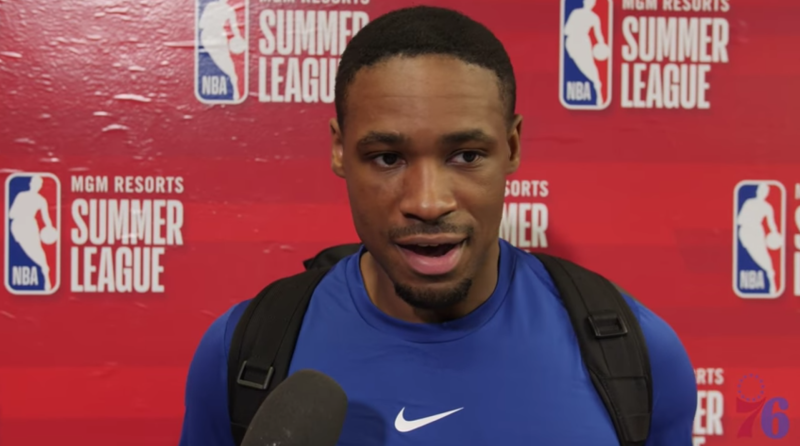 The Philadelphia 76ers are still figuring out ways to fill out their final open roster spot and now, they have a two-way slot open as well. According to Shams Charania of The Athletic, the Sixers plan to release two-way guard Demetrius Jackson so he can go play overseas.

Sources @TheAthleticNBA @WatchStadium: The Philadelphia 76ers are releasing guard Demetrius Jackson, who is on a two-way NBA deal and is accepting a deal in China.

Jackson was a part of the Sixers organization last season and appeared in six games this year, averaging 3.7 points.

With a two-way spot open, the Sixers look to be honing in on Haywood Highsmith from their G League affiliate to fill that role.

There’s a great chance that Haywood Highsmith could get the #Sixers vacated two-way roster spot. The team is high on the @blue_coats wing, according to multiple sources,

Highsmith, a 22-year-old undrafted free agent forward, has been a really strong addition to the Sixers' G League squad this season. In 21 games, he's averaging 13.8 points and 6.9 rebounds, shooting 45 percent from the floor and 39.4 percent from beyond the arc. 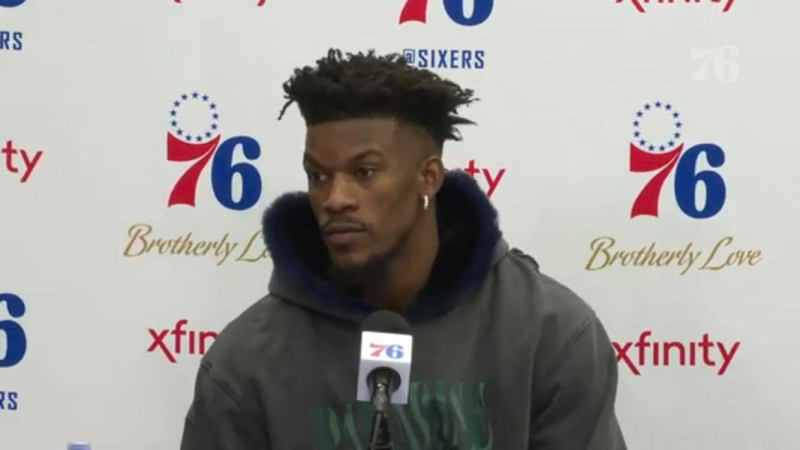 In order to compete with the elite teams in the Eastern Conference, the Philadelphia 76ers acquired forward Jimmy Butler from Minnesota in mid-November. In exchange, the Sixers sent two of their starters, Robert Covington and Dario Saric, to the T'Wolves. The goal for Sixers general manager Elton Brand was simple -- create a Big 3 with Butler, Joel Embiid and Ben Simmons for this season and in years to come. Since Butler's arrival, the five-time All-Star hasn't always been used the way he should be, but he's been respectful and supportive of his teammates and coaches to this point.

The first round of fan votes for the NBA All-Star Game are in and the Sixers are represented nicely. To this point in the season, Philadelphia has the fourth best record in the Eastern Conference, just three games behind first place. They are led by young stars Joel Embiid and Ben Simmons with Jimmy Butler in the mix now as well. All three of the new Sixers Big 3 are in the top-5 in their respective positions in fan All-Star Voting.