As the calendar turns to June, the Flyers are certainly well into their coaching search. There have been a few names reportedly interviewed and there are other names drawing interest from the team. A big reason for the timing is that playoff teams are seeing their seasons come to an end, allowing for the opportunity for teams to ask permission to interview assistant coaches.

Despite this, there has been little development in the Flyers coaching search over the last few days. For many of the teams in search of a head coach in the NHL – only the New York Islanders and Montreal Canadiens have officially named a head coach – it seems that everything is in a holding pattern.

Entering the NHL Draft Lottery on Tuesday night, the Flyers had the fourth-best odds to win the first overall pick at 9.5 percent. The odds were much greater that the Flyers would simply stay put and have a pick in the Top 5.

That big splash you heard on Monday morning was one of the NHL’s elite coaches suddenly becoming a free agent. In a surprising move, the New York Islanders fired Barry Trotz after four seasons.

The Islanders join the Flyers, as well as the Detroit Red Wings and Winnipeg Jets, as teams with current coaching vacancies. The Chicago Blackhawks currently have Derek King in an interim role. So do the Florida Panthers with Andrew Brunette and the Edmonton Oilers with Jay Woodcroft, though both are in the playoffs at the moment.

The Flyers made the announcement last week that they would be undergoing a coaching search for a new head coach. Mike Yeo served as the interim for the remainder of the season following the firing of Alain Vigneault on Dec. 6.

So does the entry of Barry Trotz into the coaching free agent market change things for the Flyers? There are cases for both answers.

Flyers Offseason: Do the Flyers Have a Plan? 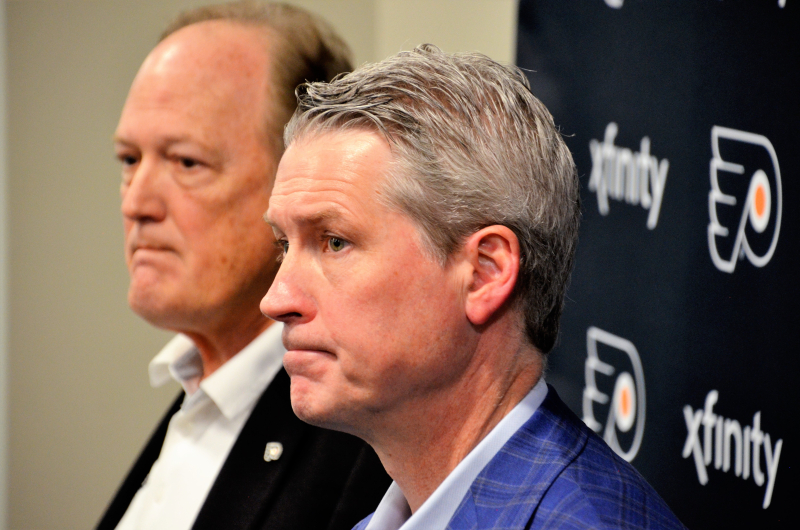 The dawn of this offseason for the Philadelphia Flyers brought about a lot of the same sentiments as the offseason before. There are plenty of questions surrounding the team in the present and future.

For starters, the current team needs a new head coach after the official announcement that Mike Yeo would not be returning in the role. That’s a new wrinkle on the offseason that was not present last May when the team’s season ended.

But the things that remain the same are the issues that plague the team on the ice. They spend too much time defending. They allow too many goals. They struggled mightily at special teams. They lack high-end talent, the speed and skill to compete with top-class teams in the NHL.

That’s what made Chuck Fletcher’s end-of-season press conference on Tuesday troubling. It’s not that the Flyers don’t have some potential. They have young players that could make a bigger impact. They have injured players that could return better than ever. Those are certainly possibilities.

The problem with each of these possibilities is that they are rooted in hope. Hope that the injured players return as advertised and stay healthy. Hope the young players take that big step everyone has waited for. Hope that you can perhaps manufacture some hockey trades or free-agent signings to plug in the holes that the team is lacking for speed and skill and make it all work.

Hope is not a plan. It is much more holding onto optimism that things will just work out and be better, because how can they get much worse? It is throwing everything at the wall and seeing what sticks.

Continue reading "Flyers Offseason: Do the Flyers Have a Plan?" » 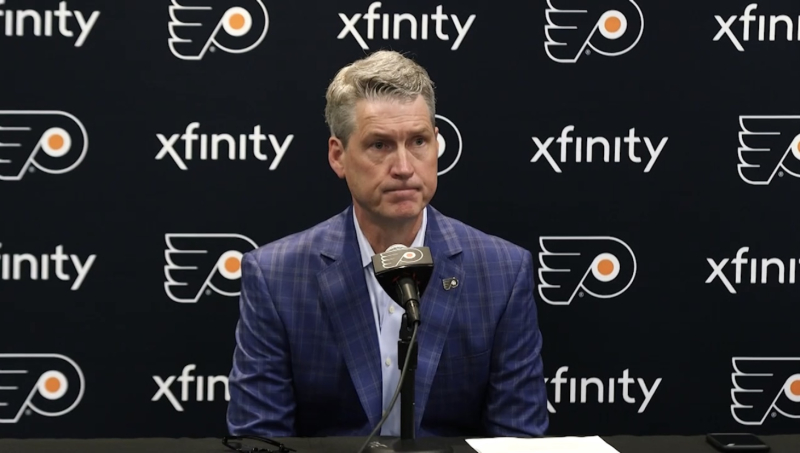 On Monday night, as the Stanley Cup Playoffs were just getting underway, the first piece of Flyers news for the offseason dropped. It wasn’t a surprise decision, but ultimately one that opens up an offseason that involves many big decisions for the Flyers.

GM Chuck Fletcher confirmed what was reported on Monday night to start his Tuesday press conference. Mike Yeo was no longer going to be the head coach of the Flyers moving forward, having carried the interim role since Alain Vigneault was fired on Dec. 6.

Report: Flyers to ‘Move On’ from Mike Yeo in Head Coaching Role

Flyers GM Chuck Fletcher will meet with the media on Tuesday morning at 11 a.m. This will presumably be among the first items on the agenda.

According to a report from ESPN and NHL Network’s Kevin Weekes, the Flyers will “move on” from Mike Yeo in a head coaching role. 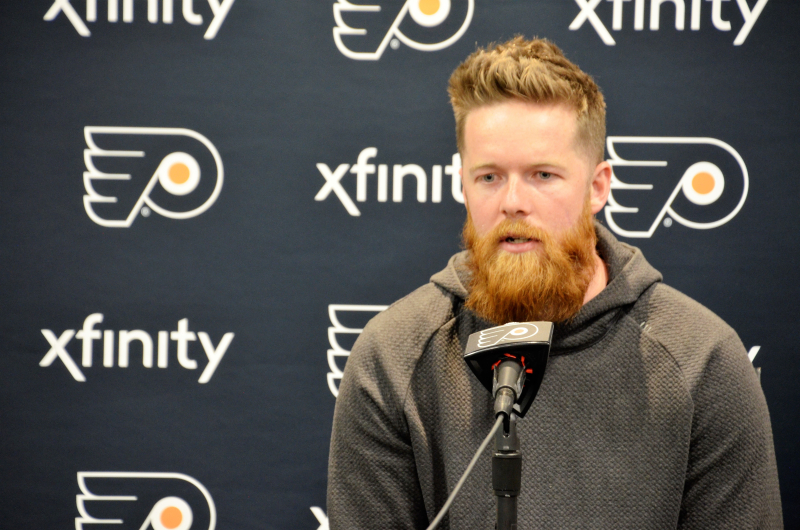 As players rolled in one by one on Saturday morning and into the afternoon for exit interviews following the 2021-22 season, the situation for the Flyers players couldn’t be more uncertain. There is sure to be plenty of movement and decisions coming soon that will influence what the roster will look like next season and beyond. There were several players who will be left to wait and see what comes in the offseason.

This is usually a time for players to have one final message before the summer months. What are the areas they want to focus on or the team to address? What do they have to take away from this season?

It wasn’t all that noteworthy to hear players speak of the frustrations of the season, the losing streaks and such that made this a historically bad season for the Flyers. There were a few players that addressed it in a way that rang through louder than others.

A season that felt like it lasted an eternity finally came to an official end on Friday night as the Flyers closed out the 2021-22 schedule with a 4-2 loss against the Ottawa Senators.

The offseason will present its challenges for a team in need of an overhaul and massive improvements at every level of the organization. There will be plenty of stories to come as next season’s team is constructed. For now, here’s one last look at the 2021-22 season with five takeaways from the season.

And that's a wrap. The Flyers 2021-22 season ended in familiar fashion on Friday night at Wells Fargo Center.

The Ottawa Senators scored three times in the third period to hand the Flyers one final loss on the season by a score of 4-2, giving the Orange and Black a 25-46-11 record to finish the season.