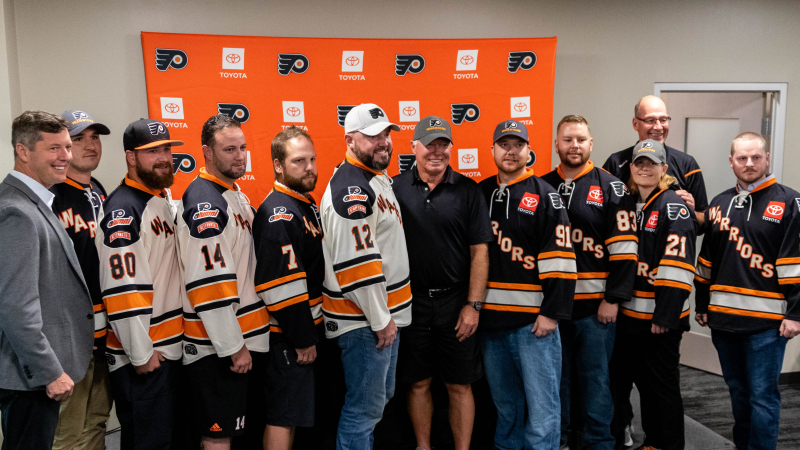 Earlier in the week, the entire country honored the memory of those who lost their lives on Sept. 11, 2001, 18 years ago. It's a constant reminder of the cost of freedom, and many veterans have paid the ultimate price.

For the veteran community in Philadelphia, the opportunity to play hockey wasn't always present. A simple phone call changed all that and allowed the Philadelphia Flyer Warriors to become a reality. 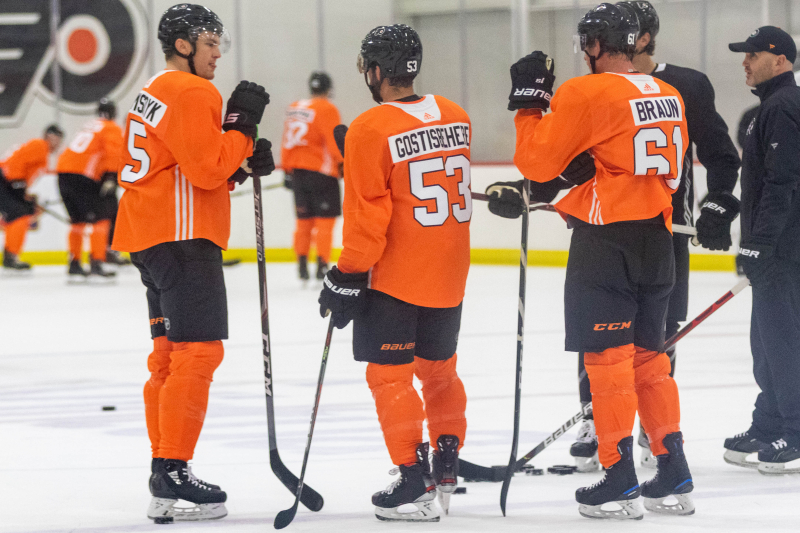 There were no big surprises at Day 2 of training camp for the Flyers. The same players who were injured did not skate. The same notable absence was still not present. And the line combinations remained the same.

That meant another day of Joel Farabee taking his place on a line with Claude Giroux and Sean Couturier. It’s a situation that Alain Vigneault believes provides an opportunity for Farabee to be a camp surprise.

“That’s what you want in camp. You need surprises,” Vigneault said. “We need some of these young kids to step up and force us into some decisions. That’s how your team gets better and we’re going to obviously an opportunity to do that.”

Farabee didn’t disappoint. He was aggressive in drills, competing hard at both ends of the ice, and that certainly caught Vigneault’s attention.