It's no secret that the Flyers are looking to bounce back after a tumultuous 2020-21 season. GM Chuck Fletcher was a man on a mission during the offseason to enable that come to fruition. With multiple roster moves throughout the summer, the team is seeking to redeem themselves going into the 2021-22 season.

Flyers Must Find a 'Killer Instinct' to Raise Their Game

The days of the Broad Street Bullies are in the rearview mirror. Additionally, today's National Hockey League has transitioned to a more finesse-oriented style of play as opposed to physical. Regardless, after a few rocky days of hockey, the Flyers are lacking some of their talent, but more importantly seem to lack their "killer instinct."

With no fans in the majority of NHL arenas for the time being, the mental side of the game has grown exponentially. In other words, it's up to the players themselves to bring their own motivation day in and day out until each team's faithful followers can make long-awaited returns to the stands.

Is There Reason to Worry About Claude Giroux in the Playoffs?

The simple answer: No.

There are many storylines to pay attention to during the upcoming Flyers versus Montreal Canadiens series. However, Claude Giroux isn't necessarily one of them.

First off, the Flyers are once again a deep team with scoring coming from up, down, and all around the roster. The past three Round Robin games have been prime examples of the team's secondary scoring ability. Players like Scott Laughton, Nate Thompson, Joel Farabee, and Phil Myers all contributed to the scoring in the first of the postseason games.

Also, as he was doing before the NHL's pause, Kevin Hayes has continued his play-making magic.

Arguably, the current Philadelphia roster is the most dangerous it's been in almost a decade. Since then, Giroux has seen a number of players come and go. With a revolving door of players on top of not-yet-ready prospects, the veteran captain hasn't always had the scoring help he does now.

The Flyers' depth this season has thus far proved that without Giroux scoring, the team can still get the job done.

Continue reading "Is There Reason to Worry About Claude Giroux in the Playoffs?" »

Honoring 'Enforcers' On and Off the Ice

In 1962, President John F. Kennedy signed into law the designation of May 15 as Peace Officers Memorial Day. Along with that, the week itself was to be henceforth known as National Police Week (NPW). Every year since then, NPW has honored the service and sacrifice of those who've put their lives on the line or given their lives for United States law enforcement.

To honor the theme of National Police Week, it's time to take a look back at some of the most prolific "law" enforcement "officers" to don the Philadelphia Flyers crest.

Continue reading "Honoring 'Enforcers' On and Off the Ice" »

Most Marvelous Mustaches in Flyers History

Many this month are letting their facial hair run wild as part of "No Shave November." However, a select few choose to swap out a full beard for just a mustache; thus the synonymous tradition of "Movember." Both month-long activities serve as symbols for Men's Health Awareness just as the pink ribbon symbolizes the fight against breast cancer.

In the National Hockey League, whether it be Movember or not, many marvelous mustaches have come and gone throughout the years. As the Flyers are in the midst of the current season, it's time to take a look back at some of the most iconic "mo's" in franchise history:

The beginning of a new season for both the Flyers and the NHL means it’s another chance to be wrong about the upcoming season. Surely, no one could have predicted all of the changes made mid-season by the Flyers during a year that quickly snowballed into another missed playoff appearance.

With the start of another season, our Flyers staff takes a shot at some predictions for both the Flyers and the rest of the league.

Flyers' Usual Pitfalls Must Be Remedied Prior to Season's Start

On Monday, the Flyers took on Lausanne HC of the National League of Switzerland as part of the NHL's Global Series. From the start, the game went awry with Lausanne taking a commanding 4-0 lead just a period and some change into the match. For the latter part of regulation, the Flyers were forced to play catch-up ultimately falling short and being defeated, 4-3.

To preface things, the game was ultimately meaningless, as it was the last exhibition game before the team's regular season opener this coming Friday. The best case scenario was that no one got hurt and it panned out, except a scare when Travis Konecny went hard into the end boards.

All that aside, the supposed "new look" Flyers suffered from the same old pitfalls that have plagued them last season and for many years prior.

The stage is set. On Saturday night, the Philadelphia Flyers are slated to take on the Pittsburgh Penguins in the 2019 Coors Light NHL Stadium Series at Lincoln Financial Field.

As another installment of the always entertaining "Battle of Pennsylvania" approaches, let's take a look back at some of the most notable happenings throughout the history of this bitter rivalry. 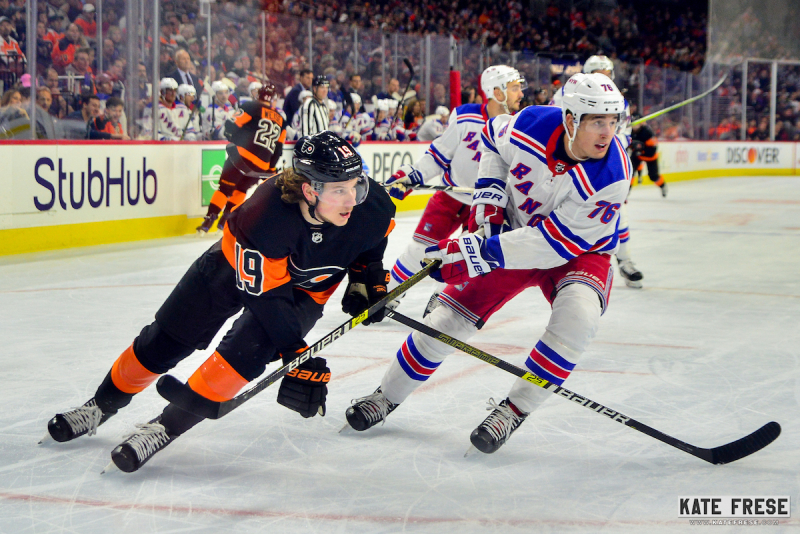 Top-tier draft picks in the National Hockey League are expected to make an immediate impact on their team. For some, those picks can completely change the course of a team's performance. In the case of Nolan Patrick, the sophomore Flyer has yet to find his stride in the big league.

As a second overall pick back in 2017, the fresh-faced forward was a breath of fresh air for the team. Not since drafting now-veteran forward James van Riemsdyk had the Flyers nabbed such a coveted spot in the draft. Patrick was taken at No. 2 overall and supplemented an already positive outlook on a well-stocked, young Flyers system. 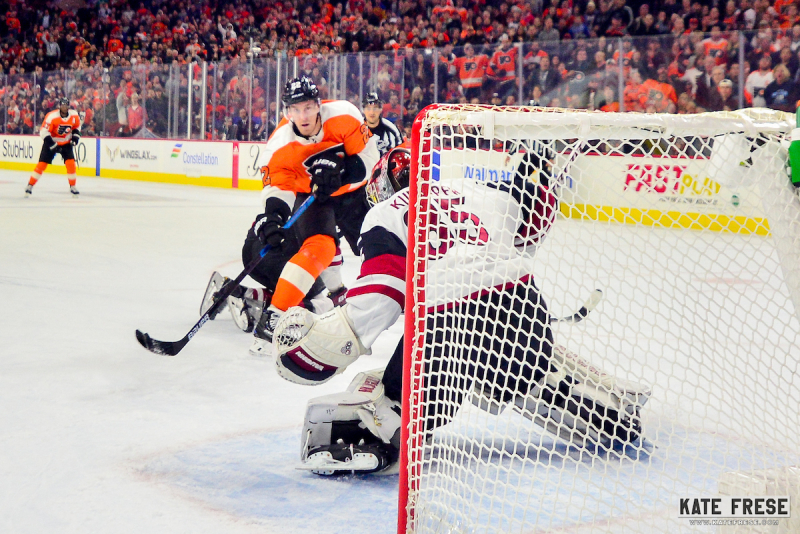 The Philadelphia Flyers are riding high right now. With a 5-0-1 record in their last six games, including Saturday's statement 4-0 victory against Chicago, the team seems to have found their mojo after a rocky start to the season. All things are pointing in the right direction for the Flyers.

However, does it seem too good to be true?