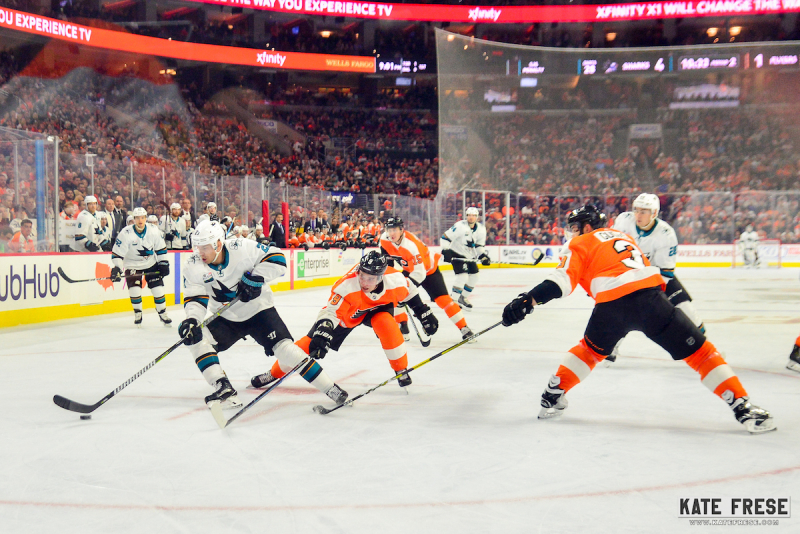 Many say that old habits die hard. For the Philadelphia Flyers, that's just the case.

After an embarrassing 8-2 loss in their home opener on Tuesday, the team's flaws proved to be their downfall once again. 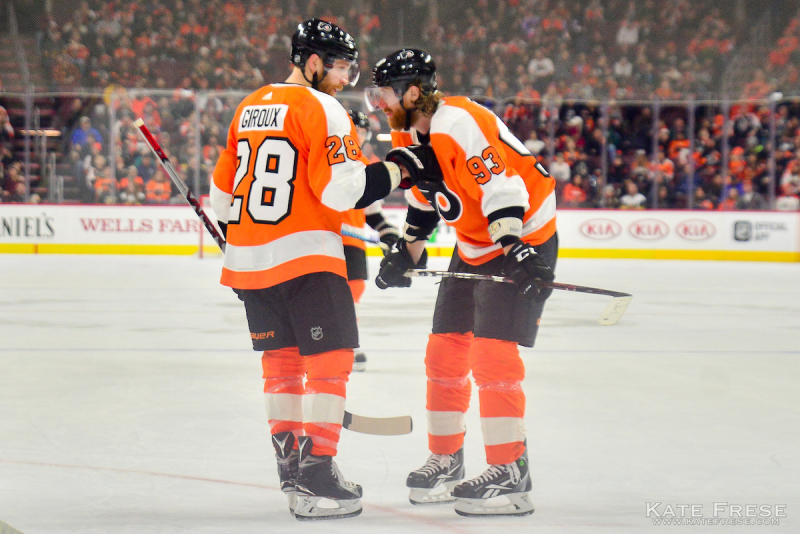 Throughout the summer, the NHL Network has been compiling lists of the top 20 players in each position. In the most recent installment, unveiled on Sunday, the league's top 20 wingers were spotlighted with Flyers wingers Claude Giroux and Jake Voracek both making the list.

Special teams are crucial in the 82-game grind of the National Hockey League season. A power-play goal or a penalty kill could make the smallest difference in whether a team wins or loses.

For the Flyers, the addition of James van Riemsdyk could give them a much-needed catalyst to propel the team's power play to a top spot in the league. 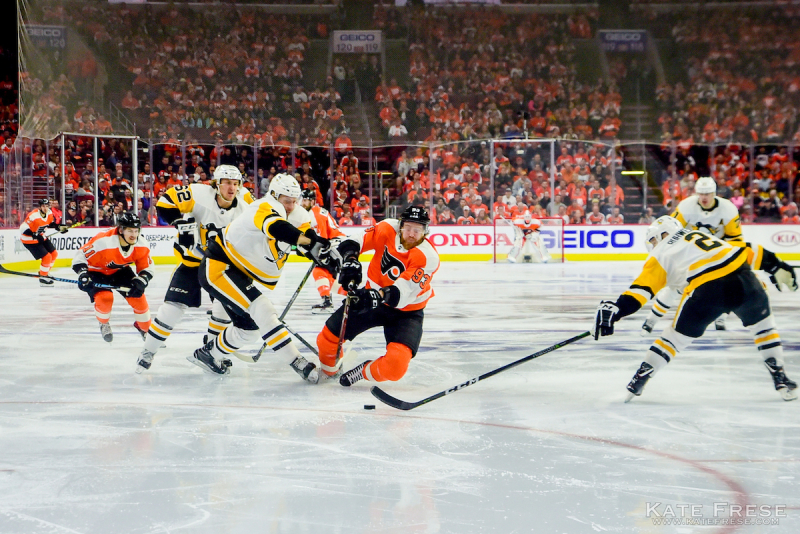 After the disappointing outcome of Sunday's contest, the Flyers find themselves in what may be a must-win situation being down 2-1 in the series against the Penguins with potentially just one more chance at grabbing a home-ice win in the series.

The stage is set. Wednesday night will not only mark the commencement of the 2018 Stanley Cup Playoffs, but also the start of another chapter of the Battle of Pennsylvania between the Flyers and their cross-state rivals, the Pittsburgh Penguins.

Meeting in the postseason for the first time since the fabled 2012 quarterfinal series, both teams have changed immensely. Philadelphia is in the playoffs for the first time in two years, while Pittsburgh has as many Stanley Cup championships in that span.

With just eight games left in the regular season, the Flyers are in a good, yet bad, spot within the Metropolitan Division playoff race.

They are still in playoff position as the top wildcard spot, but if they don't fix their recent problems then they may see themselves right out the door of the postseason.

In merely a few short weeks, the Flyers have managed to almost play themselves right out of playoff contention. Late February saw them climb to the top of the Metropolitan Division with a 12-game point streak. Since then, it seemed as if the Ides of March have struck. During a five-game losing streak that came to a close on Saturday, there have been many questions that come to mind about the Flyers' play. One of the many things plaguing the team's performance is the inability to score on the power play, and that was no different even in a winning effort on Saturday.

Since the beginning of March -- and coincidentally the last seven games -- the Flyers have scored a meager two goals in their last 26 chances on the man-advantage. One would think that with weapons like Claude Giroux, Jake Voracek, Nolan Patrick and the recently-returned Wayne Simmonds that Philadelphia would be putting the puck in the net easily. That has not been the case.

With two very solid power-play units, the team cannot seem to find the back of the net when on the power play. 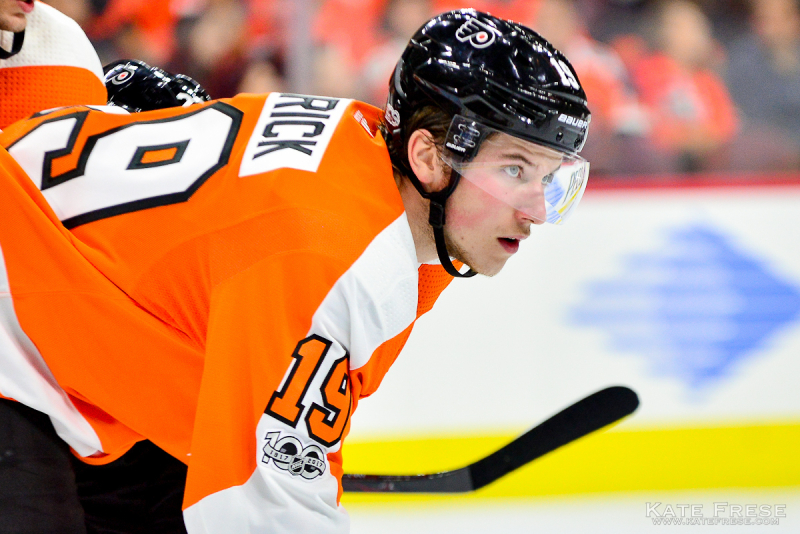 The Philadelphia Flyers are in the midst of another NHL season. Once again, they're battling day in and day out in order to make it to the postseason.

As 2018 begins and 2017 rides off into the sunset, it's time to take a look back at some of the highlights in the past year of Flyers hockey.

Despite Recent Skid, Too Early to Count Flyers Out 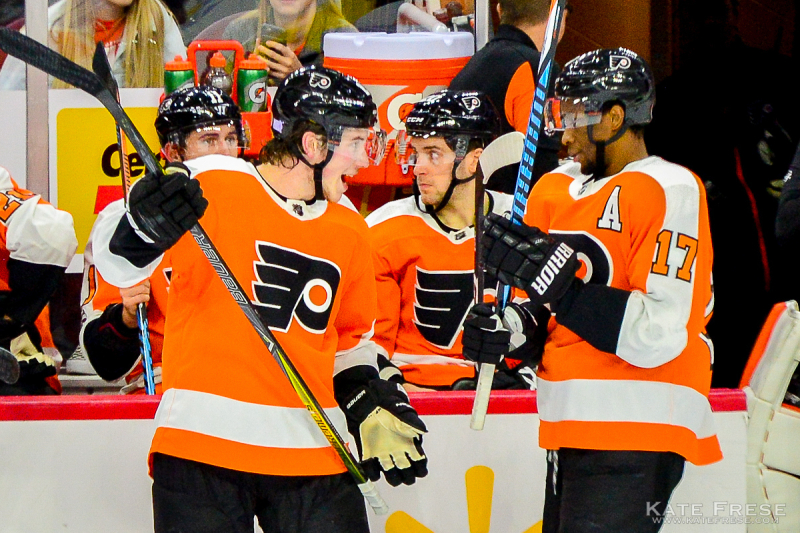 Saturday's shootout loss against the Flames saw the Flyers lose their fourth consecutive game. It was also the second game in a row in which Philadelphia blew a two-goal lead on their way to a loss.

Despite the team's struggles as of late, which has contributed to them moving into last place in the Metropolitan Division, it's still way too soon to count the Flyers out of contention for a playoff spot.

Continue reading "Despite Recent Skid, Too Early to Count Flyers Out" »