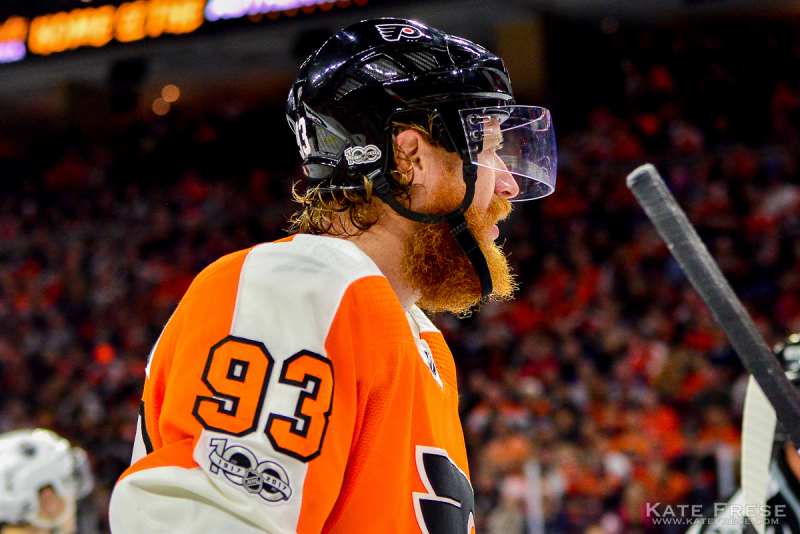 It's no question that the top trio of Flyers forwards have been lighting it up as of late. Claude Giroux is looking like a new man after last season's woes and Sean Couturier has silenced those questioning his top-line status.

But don't overlook the last piece of the puzzle: Jake Voracek.

With no goals so far on the season, one might assume that Voracek is off to a slow start. That couldn't be further from the truth. 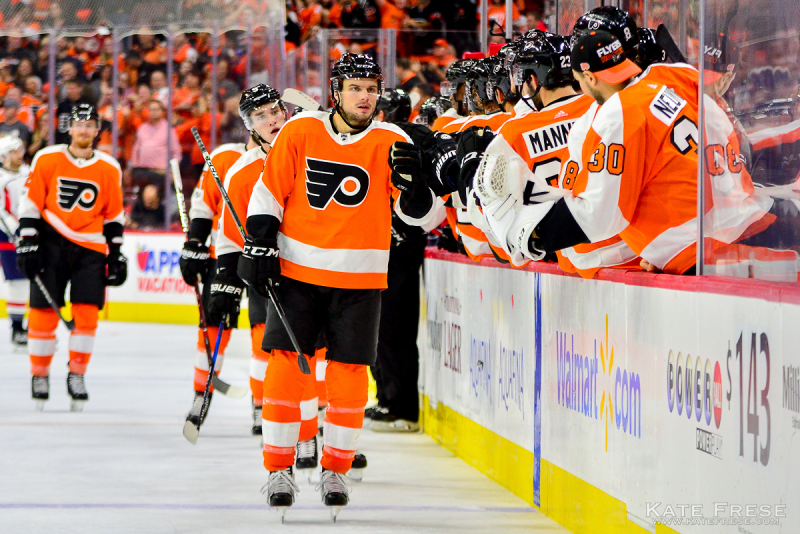 Every NHL team should able to constantly roll through four lines of forwards. Each line usually has their strong suits and gets put on the ice for certain situations.

The Flyers fourth line has really been the turning point for the Flyers in their early-season success.

The fourth line for the Flyers has been turning heads so far with their play. As compared to last season's mediocre fourth line, this year's trio is breath of fresh air.

The NHL's Western Conference has no shortage of talent. In the first three games of the season, the Flyers have learned that lesson once again.

However, with a 2-1-0 start on one of the toughest road trips of the year, the Flyers' success early on the road can actually be beneficial in the long run.

Reasons to Be Excited About a New Flyers Season 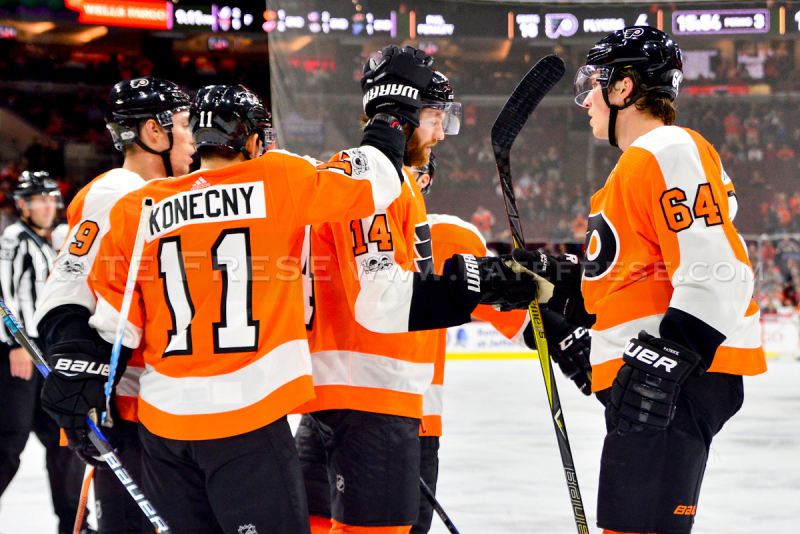 The time is almost upon us. Wednesday night in San Jose, the Flyers will open the 2017-18 season against the Sharks.

Philadelphia's 23-man roster was finalized on Monday and there are multiple reasons to be excited for the newest chapter of Flyers hockey.

Continue reading "Reasons to Be Excited About a New Flyers Season" » As the Flyers training camp and preseason progresses, a lot of storylines have played out. One of the most notable things to come out of the early stages of the new season is the decision to try captain Claude Giroux at the left wing position.

Initially, Giroux was drafted as a right winger. The captain spent much of his early career on the wing before transitioning to a center during the 2009-10 campaign.

The switch seemed to benefit Giroux early, but in recent seasons his stats have dropped off. Last season saw the captain score just 14 goals -- a career low.

Now, Philadelphia's coaching staff could be onto something with a new spot for Giroux.

Consistency is Key in Flyers Training Camp and Beyond 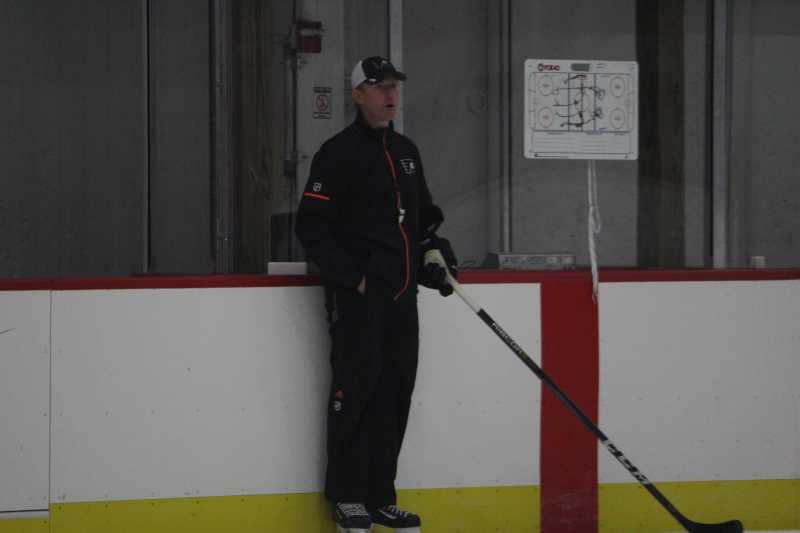 If there's a word that comes to mind in hockey, or any sport for that matter, it's consistency. Constantly doing the right things day-in and day-out, even if they're small, makes the big things come much easier.

Flyers head coach Dave Hakstol is a big fan of consistency and wants it from all of his players.

Philadelphia is in the midst of training camp having already cut six players from their initial roster as of Monday morning. The first preseason game is in the books after the Flyers fell to the Islanders, 3-2, in overtime on Sunday afternoon at Nassau Coliseum.

While everything is still in its early stages, Hakstol is keen on having his players be consistent no matter if they're fighting for a roster spot or coming into another season as an NHL vet.

Continue reading "Consistency is Key in Flyers Training Camp and Beyond" » 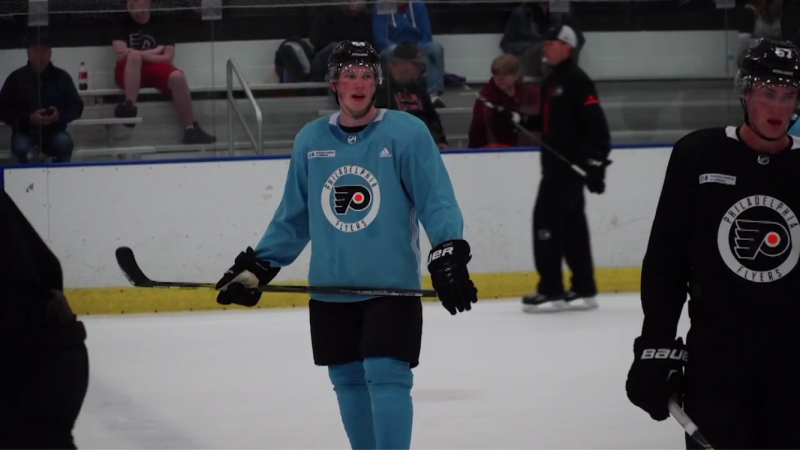 The Flyers began their annual rookie showcase Monday as many of the team's prospects took to the ice together.

Many storylines are already unfolding as the first day wrapped up at Flyers Skate Zone in Voorhees, NJ. 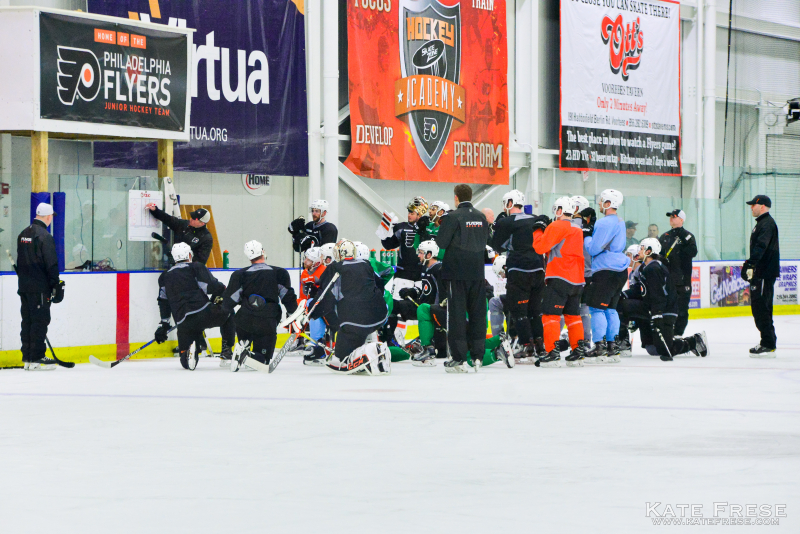 A clean slate for the Flyers inches ever so closer as players and prospects arrive back in Philadelphia.

Current players, new additions and young prospects will converge at the Skate Zone in Voorhees in the coming weeks to vie for roster spots as part of the 2017-18 Flyers. With just days until the start of rookie camp on Monday, and veteran training camp set to begin next Friday on Sept. 15, the hype surrounding it grows each day.

Questions at All Positions Could Determine Flyers Fate This Season Playoff hockey is a hell of a spectacle. But it's just not the same when the hometown team makes it to the postseason.

As a fan, one might enjoy the Stanley Cup Playoffs very much regardless, but there's an empty feeling when the Flyers goose is cooked before they even have a shot at a Stanley Cup. That being said, what are the Flyers chances of making it back to the postseason this season?

That answer is a big unknown at this point, but lots of things can certainly determine their fate.

Can Brian Elliott Prosper with Flyers?

It's hard to predict the immediate future of the Flyers, especially when it pertains to the goalies. This upcoming season will see a new duo in town. Returning is Michael Neuvirth, back for his third season in the Orange and Black, while Brian Elliott is the newcomer to the tandem.

Elliott was signed to a two-year deal when the free-agency period opened in July.

We've seen Neuvirth play well fairly since he came to Philadelphia, yet he has been plagued with some significant injuries. With that being said, let's take a closer look at the newcomer Elliott and see what he can bring to the table.