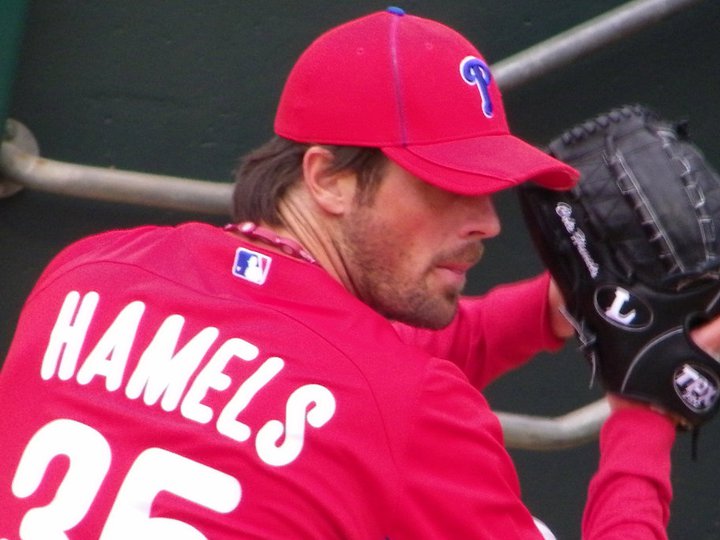 The Phillies beat the Blue Jays in extra innings at home yesterday. Today, the Phils will travel a cool five and a half miles to Dunedin to play the Blue Jays for the second day in a row.

Today, Cole Hamels (0-0, 1.69 ERA) gets the start, his fouth of the Spring. In his last outing, Hamels threw 5 innings of one-run ball against the Houston Astros. Although the Phillies would go on to lose, Hamels received a no-decision after allowing just one run on four hits. Hamels added four strikeouts to his line as well.

Hamels will most likely go another five innings today because Jose Contreras is scheduled to make his first appearance in a Grapefruit League game. After pitching twice in minor-league games, Jose Contreras, who had elbow surgery in September, is "ready to go". Chad Qualls, Antonio Bastardo and David Herndon also are scheduled to pitch for the Phillies this afternoon.

"After playing [Monday], I definitely felt a little bit of soreness the next day," Thome said. "Today was much, much better. My plan is to talk to Charlie and maybe come back tomorrow, depending on what he has planned for me. Obviously we have to see how I feel tomorrow, but my plan is to come back and play tomorrow and see how my body feels from that stage."

Obviously it's been a long while since Thome has played the field. Being in the American League for the past six years has put a long hault on his fielding skills. But, with Ryan Howard out of the picture right now, Thome could possibly be filling in at first base three to four times a week.

"I will say it honestly has made me feel younger playing defense again. I think as guys get into the latter stages of their careers and they become DHs, it's very rare that they go back." Thome said. "For me, the challenge of this is, 'Can I do it?' I've always wanted to challenge myself in different parts of the game and this hopefully will challenge me for whatever the role is to be so I can help this club win."

Charlie Manuel will send out this lineup against Brett Cecil (2-0, 0.00 ERA), who has yet to allow an earned run in three starts this Spring. Hopefully the Phillies can push out some runs early.

This game will not be broadcast on TV. You can listen to it LIVE on the radio 1210 WPHT AM.