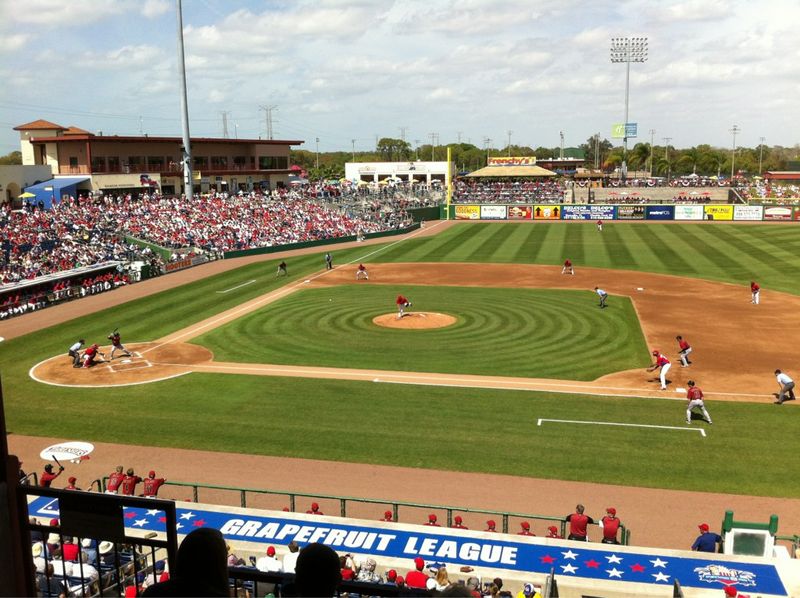 Cliff Lee put on a hell of an outing in yesterday's 2-0 loss. He threw six strong innings, allowing just one run on five hits. Lee also walked none and struck out seven Blue Jays. Jays' Brandon Morrow also put on a hell of a show, allowing his first hit in the 5th inning. It was just one of those games where the offense didn't show up.

Today, the Phillies will play a split squad Yankees team and Vance Worley (1-1, 1.80 ERA) will make his fourth start. Worley, who is coming off two very impressive starts, has allowed just four hits over 8 innings. In his last outing, against the Blue Jays, the Vanimal allowed just four hits over four innings and added three strike outs to his line. He received the no-decision, but wins and losses don't matter in Spring Training. Worley has certainly proved that he is ready to be a full-time member of the starting rotation.

The Yankees will send out Hiroki Kuroda (1-1, 4.00 ERA), who is making his fourth start of the Spring. In his last outing, Kuroda allowed one earned run on three hits through four innings. Kuroda signed a one-year, $10MM deal with the Yankees this past January.

Charlie Manuel will send out a Domonic Brown-less lineup (It's not like he was in them a lot anyway.)