Halladay Looks To Continue Dominance As He Takes On Struggling Padres 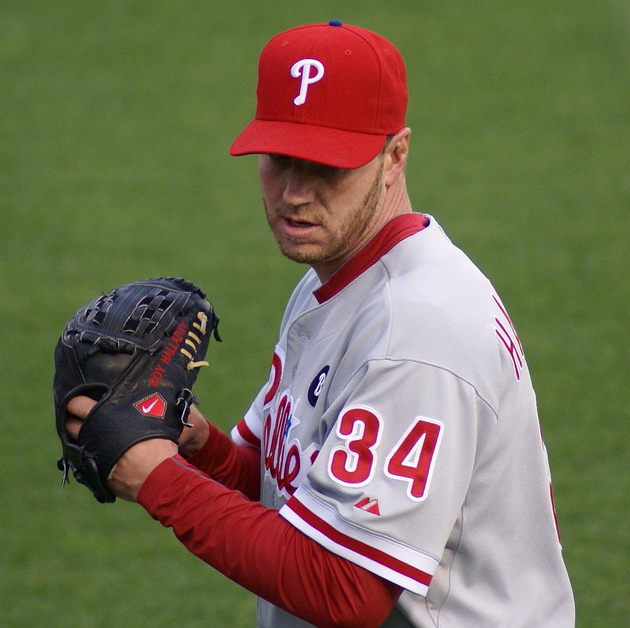 The Phillies have already won the first two of four games against the Padres, totalling their stretch of consecutive wins at Petco Park at 13. The Padres, having only scored just one run during the first two games, will have no easy task tonight either.

Tonight, Doc (3-0, 1.17 ERA) will make his fourth start of the season as well as his fourth career start against the Padres. Halladay has been his dominant self to start the 2012 campaign as he's won all three of his starts and has allowed just three earned runs over 23 innings of work. In his last start, Halladay earned his first career win against the Giants as he tossed eight strong innings, giving up two runs on seven hits. If you haven't noticed, Halladay has allowed hits and runs in the early going in his previous starts, but he has finds his way to ease in and shut down the lineups he faces.

"Really, all three starts of the year, I've just felt better later on," Halladay said. "Once I get going, I feel like I get in a rhythm and I'm repeating better. I'm working on trying to do a better job of that early in the game.

"It's not that it's not there. It's just not consistent. It's there, but I feel like at times early on, I get caught trying to make something better than it should be and getting away from what I should be doing. Really, I think that's the biggest thing — staying within myself and not trying to make better pitches than I need to. I feel like that's been the biggest reason."

Halladay has three career starts against the Padres and in all three he has came out with a win. Halladay holds a 3-0 record and a 1.90 ERA along with 29 strike outs in 23 2/3 innings pitched.

The Phillies will take on lefty Cory Lubeke (1-1, 3.71 ERA), who is coming off of his best start of the year. In his last start, Lubeke held the Rockies to just one run on six hits over seven innings. Lubeke tallied four strike outs and one walk in the Padres' win. Lubeke has one start against the Phils in his career, a loss. Lubeke is 0-1 with a 2.25 ERA in 8 innings pitched against the Phillies.

Charlie Manuel's squad has managed six runs over the past two games, giving Vance Worley and Cole Hamels enough run support to work to do their job. Tonight's lineup is the same as last night's. Carlos Ruiz will sit out the second game in a row after injuring his wrist during a collision at the plate Thursday night. Ruiz struck out twice after jamming the wrist and admitted he had trouble swinging the bat. Hopefully Chooch can get back behind the plate as soon as possible.