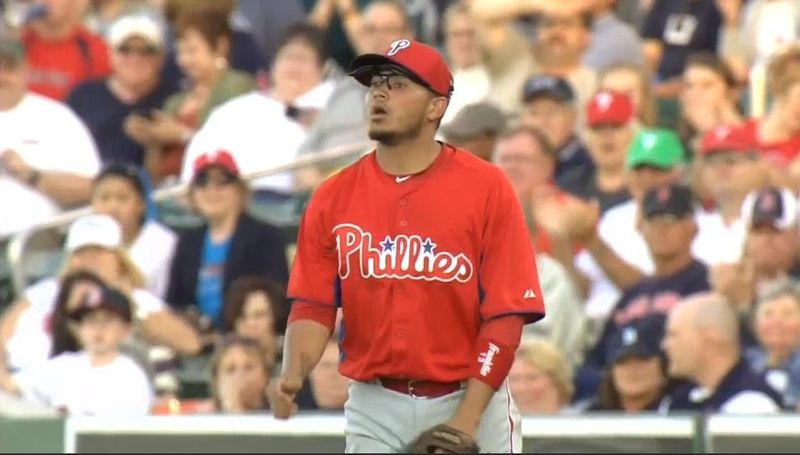 The Phillies were crushed yesterday, 13-4 at the hands of the Toronto Blue Jays. John Lannan was lit up for 12 earned runs on 14 hits through four innings in yesterday's ball game. Lannan's response to his horrific start?

"Got my butt kicked, gotta move on."

Great response and attitude. Given that it is still spring training and it's his only terrible start so far, there's no question that Lannan will rebound from this start.

Today the Phillies will host the Tampa Bay Rays for their second-to-last Grapefruit League game. Raul Valdes (1-0, 4.40 ERA) will make his second start this spring. Almost a shoe-in for a bullpen spot, the Phillies are most likely giving Valdes the start to prep the regular rotation for the beginning of the season. In Valdes' last start, back on March 16th against the Yankees, he went three innings while allowing just three hits. Since then, he has made one other appearance, an inning in relief on Friday against Atlanta. Valdes allowed one home run and struck out a batter in his inning of work.

Opposing Valdes and the Phils will be 32-year-old Roberto Hernandez (0-1, 3.00). Hernandez will make his sixth start of the spring, his first against the Phillies. In Hernandez's last outing, a six-inning bout against Toronto, the right-hander allowed an earned run on three hits while striking out two. Despite being given a no-decision, Hernandez has been great for the Rays so far this spring. Allowing just 7 ER in 21 innings along with a .213 BAA, Hernandez has also given up just five walks.

TV: The Comcast Network
Radio: None