Sixers and Celtics: Becoming The New Faces of the East? 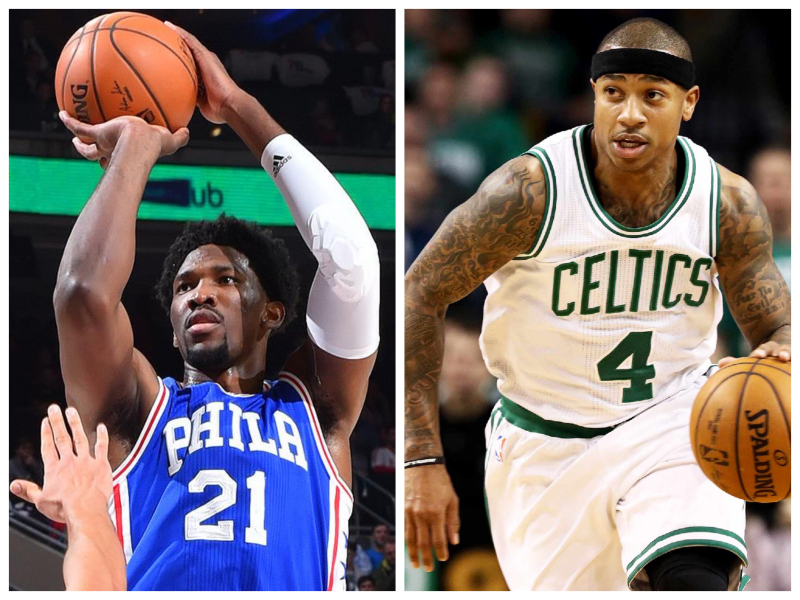 We live in a world where the Eastern Conference in the NBA is, lets be honest, predictable. We've grown accustomed to watching the same teams win, the same teams swept in the first round of the playoffs, and the same great player waltz his way into the finals (LeBron, obviously).

Enter 2017, where Isaiah Thomas and the Boston Celtics give, generously put, LeBron James and the Cleveland Cavaliers a run for their money, losing the ECF 4-1.

Enter the summer of 2017, and we see a Philadelphia 76ers team that is finally completing the process, led by self-proclaimed leader of it all - Joel "The Process" Embiid.

Meanwhile, a tweet from ESPN's Mike and Mike in the Morning suggests that the Eastern Conference is all but predictable, leaving space for Celtics and Sixers to succeed.

Only 1 of the top 14 players in last year’s #NBARank will be in the Eastern Conference.

The funny thing about the Sixers is that fans, other teams, and the players do not know what to expect. I mean, how could you?

The Sixers have three potential superstars in Joel Embiid, Ben Simmons, and Markelle Fultz, two of which have not played in an NBA game, and Embiid who was only capable of a small number of games on limited minutes.

Regardless, the future looks pretty bright for this young squad, especially with support from Dario Saric and Timothe Luwawu-Cabarrot.

Will these young players mesh well together?

Will the Sixers have enough veteran leadership, even with free agent signings J.J. Redick and Amir Johnson, to grind through an entire season together?

All are questions that need answering.

As for the Celtics, a return to the ECF is almost expected, especially considering the signing of former Jazz star Gordon Hayward.

Personally, I have my doubts regarding Hayward. Does he give the Celtics a significant increase in winning ability, particularly against the Cavs? I vote no.

Does he make the Celtics a better team? Absolutely.

The Sixers and the Celtics, in my mind, have tremendous potential to compete in the Eastern Conference going forward.

With only one of the top 14 players left in the East, the opportunity is there to compete. When I take a look at the other teams in the East, I certainly do not see the same potential as these two teams have. The Toronto Raptors are inconsistent and stink in the playoffs, and the Hawks and the Bucks do not possess the same type of depth that the Celtics and Sixers do.

The Wizards, however, lead by John Wall, certainly look as if they can be a productive team.

My money, however, is on the Sixers and Celtics to lead the new era of the East - overtaking LeBron and the Cavs sooner rather than later.