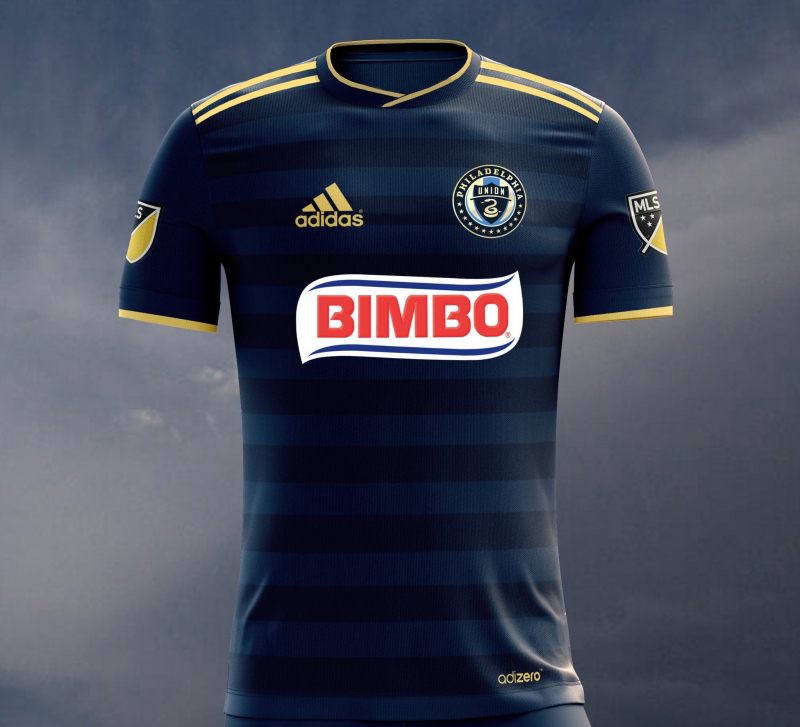 After much speculation, the new Philadelphia Union jersey has finally made it to Twitter. After being teased by the club and then modeled by new signing David Accam, the new and improved jersey has now leaked.

Gone is the iconic gold stripe down the center of the jersey and in come gold stripes on the shoulders and alternating dark and light navy hoops. They make for a cleaner jersey even though the gold stripe was a key feature of Philadelphia Union home kits. A more subtle change is that the Philadelphia Union is the position of the badge and the Adidas logo. On the old kit they were both central but now they are on the left and right sides for a more balanced look.

Overall, while this is a large change from the standard Philadelphia Union kit, it is a positive change. The color scheme also matches up well with the noticeably lighter crest. It is unknown when the Philadelphia Union will confirm that this is the kit but with preseason around the corner, my guess is that it will be soon.

Save up everyone because with the signing of David Accam and the addition of a number 10 on the horizon, this is sure to be a hot seller!