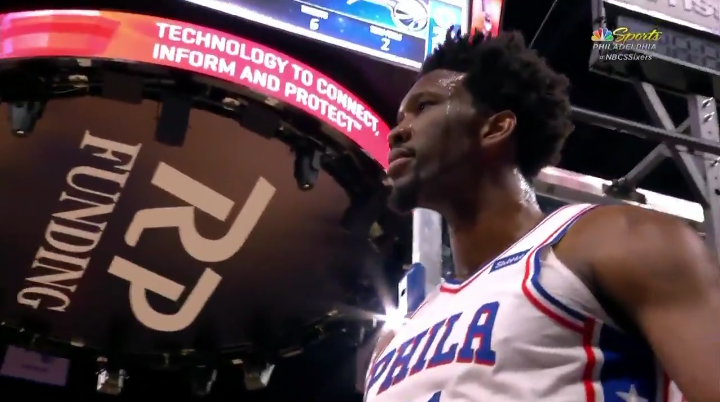 The Sixers had a quick turnaround after a dominant victory at home over Memphis last night, and they responded with an equally dominant triumph over the Orlando Magic on Thursday night at Amway Center by a score of 118-95 to seal their fifth consecutive victory.

The Sixers jumped out to an early 6-0 lead, putting Orlando in an early hole. The Magic rallied back with a 7-0 run to take their first lead of the night, and the two teams were on the see-saw for the next stretch of the first quarter.

The teams were tied three times and had six lead changes before the bench duo of Marco Belinelli and Ersan Ilyasova combined for a string of buckets that gave the Sixers a seven point lead, and their first bit of breathing room since the first minutes of the game.

The Sixers would not let the Magic cut into the lead and took a 32-23 lead into the second quarter. Nikola Vucevic and Aaron Gordon combined for 12 of Orlando's 23 points in the first quarter.

The second quarter did not get any better for Orlando. Let Joel Embiid's monster jam over Rodney Purvis serve as a metaphor for what happened to Orlando in quarter number two:

T.J. finds Joel for the one handed-slam and stare as the Sixers lead by 13. pic.twitter.com/gHGs2UwiQD

The Sixers pulverized the Magic in the second, with their lead growing to as many as 23 points. The Sixers held a 70-49 lead at the half.

Embiid led all players with 15 points to go with six rebounds and three assists in the first half. Dario Saric also reached double figures after two quarters scoring 10 and matching Embiid's six rebounds.

The Sixers outscored Orlando 38-26 in the second, and there was not a single Orlando player with a positive plus-minus after two quarters of play. Every Sixer had a positive rating in the first half.

The second half was more of the same for Orlando, who trailed by 30 going into the final quarter.

At the start of the fourth the Sixers sent in the bench, including Furkan Korkmaz who made his return from a lisfranc injury. It was Korkmaz's first game since December 10.

The Magic was able to finally make inroads with the Sixers backups occupying the floor, but would fall 118-95.

The victory is the fifth striaght for the Sixers and gives them sole possession of the 4th seed in the Eastern Conference.

Ersan Ilyasova led the Sixers with 18 points off of the bench, taking advantage of his extended minutes with the starters resting for the fourth quarter.

Rodney Purvis, who is now legally Joel Embiid's son after that dunk that you can watch above, led all Orlando players with 19 points.

Bismack Biyombo (13), Marreese Speights (10), and Aaron Gordon (10) were the only other Orlando players in double figures.

The Sixers will play next on Saturday at home against the Minnesota Timberwolves.