Jordan Weal Has Case to Be Flyers 3rd-Line Center 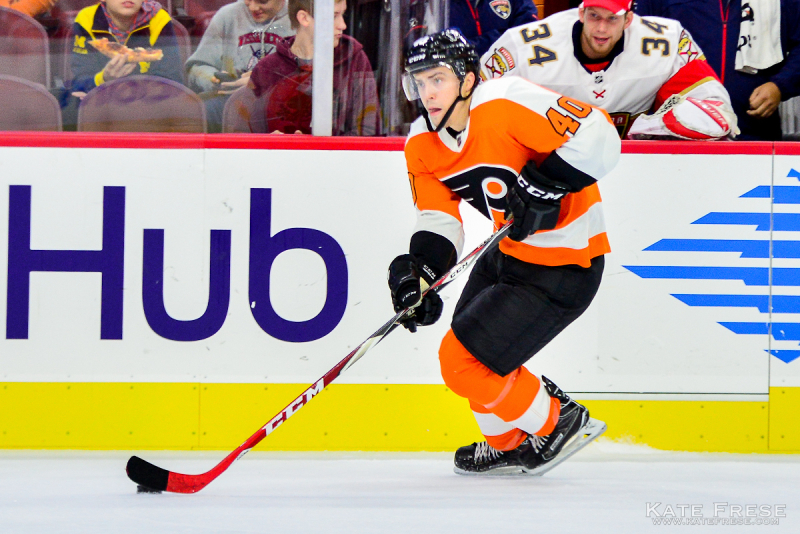 The Flyers did not find a fit among free-agent centers and chose to no re-sign Valtteri Filppula in the offseason, leaving the team with a question of how to fill the vacancy at third-line center.

GM Ron Hextall and the Flyers have repeatedly mentioned a couple players who could take over the third-line center spot, among them, the names of Scott Laughton and Jordan Weal.

Weal remains an interesting possibility for the role that keeps being mentioned specifically by Hextall, making the case for Weal even stronger as the offseason winds down.

Weal has had some time at taking face-offs since joining the Flyers back in 2016. His opportunities at the face-off dot have seen a slight increase in his few years with the Flyers.

Weal had a down year last season offensively, only tallying 21 points including eight goals -- which matched his goal total in 23 games the previous season -- and even spent some time in the press box as a healthy scratch.

The hope in putting Weal in the middle on the third line is that it could pair him with better linemates. A healthy Wayne Simmonds should help, and with Weal at center, the Flyers could have Oskar Lindblom or Michael Raffl on the other wing. That should be an internal upgrade for the Flyers third line.

Whether it is Weal at center or Laughton, it should improve the Flyers middle six from a season ago and give them some much-needed depth in the bottom six.

If the Flyers do indeed go with Weal in the third-line center role, the fourth line should also see improvement in personnel. That would leave Laughton to center the fourth line and a number of possibilities for the wing like Taylor Leier, Raffl, Lindblom, Jori Lehtera or possibly even a player previously in the AHL like Nicolas Aube-Kubel. The trio of Laughton, Raffl and Leier particularly worked well together at the beginning of the 2017-18 season, so there is a track record of success from that grouping of players.

The Flyers bottom six is still a question and won’t be truly answered until the beginning of the season, and even then there could still be changes throughout the season. Last season, it seemed like a revolving door with the bottom six.

The hope this year is that the youth the Flyers have within the organization can come in and help with depth and improve on one of the previous season's pitfalls.