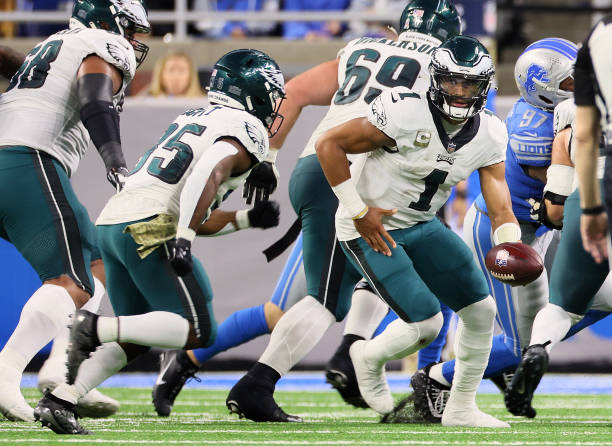 It was a strange week in Philadelphia. Eagles head coach Nick Sirianni compared his team to a plant, with the roots of progress growing underneath the surface in this largely disappointing season. Needless to say, his bizarre metaphor was universally scoffed at by Eagles fans and sports talk radio. And then the Eagles did something even stranger on Sunday. They went out and thoroughly trashed the Detroit Lions.

Which leads us to a second question: were the Eagles that good on Sunday, or are the Lions that bad? Well, the Lions are definitely bad. (Will they actually win a game this season?) But the Eagles did show promise. Now, can they replicate this performance against a competitive team? Next week will give us more information, as Philadelphia hopes to build momentum as they continue to enjoy the “soft” part of their schedule.

Positive takeaways: the game didn’t merely focus on Sirianni's play calling and quarterback Jalen Hurts’ accuracy. Both pitched in positive performances. Sirianni called the game he needed to call, and Hurts stepped up when needed. Neither man had an outstanding day, but both were competent and productive. And against a team like the Lions, that’s really all that’s required. It also helped that the Eagles defensive line consistently blew up plays in the backfield and sacked Detroit quarterback Jared Goff five times.

Sirianni finally let his running backs take over. It was a move that would’ve been welcomed by fans weeks ago. Against the Lions we saw just how much a balanced offence can aid a relatively inexperienced quarterback like Hurts. Once again, if Sirianni can recreate this balanced attack against a better team, the Eagles might have a slight shot at the playoffs. But that’s a very big if.

Then again, stranger things have happened. The Eagles head coach compared coaching football to fertilizing a plant. And it worked. What’s next for this NFL botanist? Stay tuned...