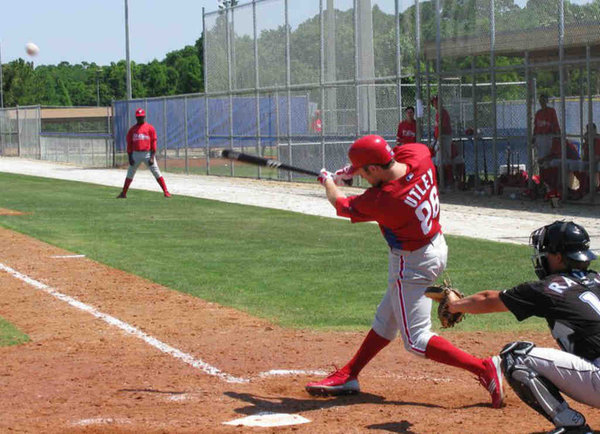 Good news for Phillie fans, here are some updates on the injuries:

According to Paul Hagen, Phillies All-Star 2B Chase Utley is set to begin his rehab assignments tonight and marking his first offical rehab start. Utley is now on the clock and has 20 days to be activated.  He will be starting with Clearwater Threshers as the Designated Hitter.  This also marks the first time Utley will be in action on back-to-back days after only playing in extended spring training games on Saturday and Monday.

Carlos Ruiz will play in an extended spring game this afternoon and tomorrow. He is expected to rejoin team after catching Roy Oswalt's rehab on Thursday in Clearwater. Oswalt threw a bullpen today and said his back felt "great." Oswalt could start Tuesday in St. Louis.

Jose Contreras threw off mound for first time since going on DL on April 24. He threw 40 pitches, said he felt fine.