Phillies Look for Hollywood Ending to Road Trip in LA

After winning every game on the road trip, the Phillies finally took a loss yesterday. Granted, it would have been a tough task to sweep the defending World Champs. The Phillies’ road trip wraps up in Los Angeles, with three games against the Dodgers.

Not long ago, the Dodgers were the team to beat in the NL West. Now, they are on the other end. The Dodgers are 52-61, and currently in fourth place. They still have some of the best offense around, with players like Matt Kemp and Andre Ethier leading the charge. Also, don’t forget guys like James Loney and Casey Blake, who have been strong pieces to their offense. The Phillies do catch a break in the rotation. Their ace Clayton Kershaw took the loss yesterday, while the Phillies send three of their best in the series.

In the opener, Roy Halladay (14-4, 2.55 ERA) takes on Hiroki Kuroda (7-13, 2.96 ERA). Halladay won his last start despite allowing five runs, four earned, to the Rockies. He has won his last three starts. Kuroda won his last start against the Padres, allowing no runs over seven innings. That snapped a four-game losing streak for Kuroda, who lost to the Phillies on June 8th, allowing one run over 5 1/3 innings.

In the finale, Vance Worley (8-1, 2.56 ERA) gets the start against Chad Billingsley (10-9, 4.17 ERA). Worley allowed two runs in seven innings against the Giants on Friday, in a game overshadowed by the fight between the two teams. Worley’s only loss of the season came on May 29th. Billingsley won his last start against the Diamondbacks, allowing three runs over six innings. He is an even 5-5 in his last ten starts, taking a decision in each.

The Phillies clearly are a better team than the Dodgers, and if the offense continues to hit the way they have, this series could be a complete massacre. The Phillies have the pitchers for the series, with Halladay, Lee, and Worley leading the charge.

The offense has been on a roll lately, but as the Phillies’ win streak came to an end, the scores started getting smaller and smaller. The Phillies scored nine runs in their second win in the Giants’ series. The other three games saw the Phillies score a combined six runs.

The Phillies have handed Kuroda rough losses before, so the revitalized offense should give the Phillies an easy win.

Runs don’t come easy for Cliff Lee, but with Lilly on the mound, they could come a little easier. Lilly’s high ERA bodes well for the Phillies’ offense.

The offense does the exact opposite for Worley, who has been the beneficiary of some hefty run totals. He’ll get a smaller total, and find himself on the short end of this one. Worley likely won’t take the loss in a close game, with several innings left to decide the fate of this one, but the Dodgers could be the first team to down Worley since the Mets did at the end of May.

The Phillies finally get an off day Thursday after playing twenty games in twenty days, before returning home to face the Washington Nationals. 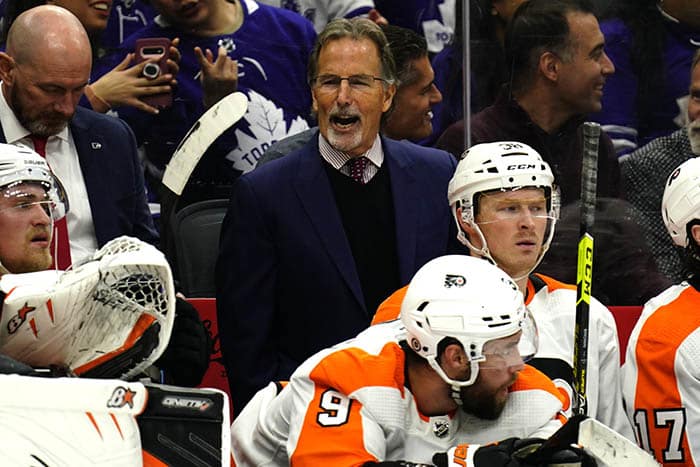