Pitchers And Catchers Report To Clearwater 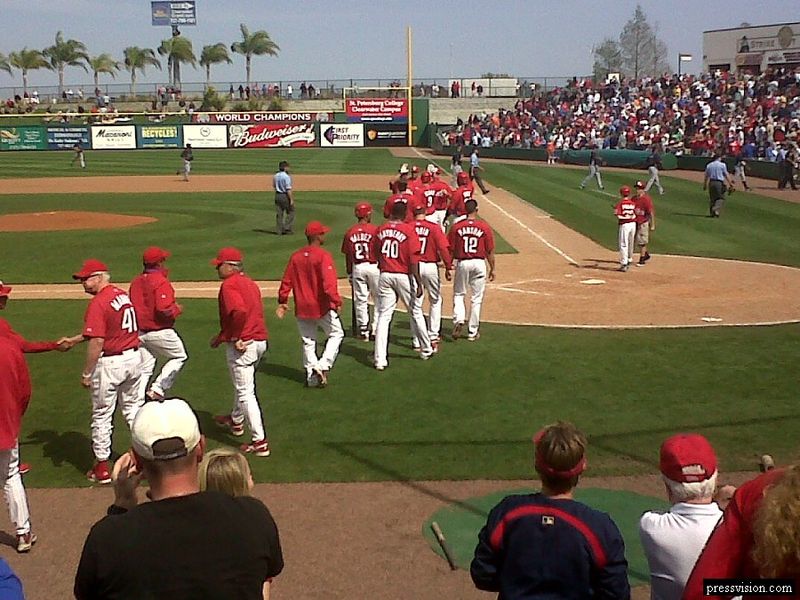 Today, the Philadelphia Phillies' pitchers and catchers will (or already have) report to Clearwater, Florida to begin exercises and tuning for the upcoming 2012 season. After the Phillies' early dismissal from the playoffs last year, it is only fitting that they will be at it once again to take on the challenging 162 game campaign.

Familiar faces, such as Roy Halladay, Jimmy Rollins, and Chase Utley, will arrive to Clearwater today, but new faces will arrive as well. Among those, Jonathan Papelbon and Jim Thome seem to be the most exciting signings of the offseason. Papelbon, a World Champion and four-time All-Star closer, pitched for the Boston Red Sox for six seasons before signing a four-year, $50MM contract with the Phillies in early November. Thome, who once called Philadelphia home, signed a one-year, $1.25MM deal in early November as well.

Names like Roy Oswalt, Brad Lidge, Raul Ibanez, and Ryan Madson are new on the list of former-Phillies. While Oswalt is still a free agent, Lidge signed a deal with the Washington Nationals, Ibanez is expected to sign with the Yankees, and Madson signed a deal with the Cincinnati Reds. Along with those guys, Wilson Valdez, who was traded to the Reds in January for RHP Jeremy Horst, will also be in a different uniform this year.

It is sad seeing a lot of these guys go. Brad Lidge brought us a World Series in 2008, Roy Oswalt helped push us to the NLCS in 2010, Raul Ibanez hit his fair share of home runs over three seasons, and Ryan Madson closed the door for the Phillies numerous times over the last two seasons.

This season will be fueled by the pursuit of the World Championship. The Phillies have fell short the past three seasons, but with a new season comes new opportunities.

The Phillies are scheduled to play their first Spring Training game on February 29 against FSU Seminoles. You can see their entire schedule here.