Jimmy Rollins Shares His Thoughts On Ryan Howard: No Howard This Season? 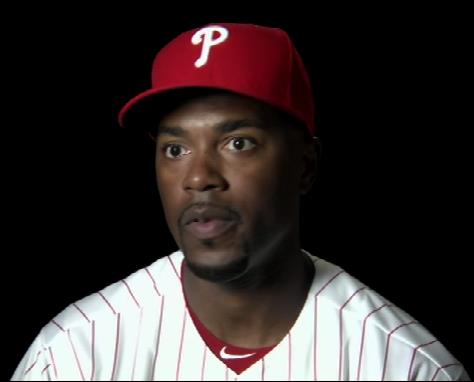 The professor has spoken once again. This time it's not about being the team to beat, nor is it a claim to win 120 games. This time, it's about his injured teammates.

Phillies' shortstop Jimmy Rollins is practically the only starting infielder playing any games this Spring. Chase Utley is being eased in to work, and most likely won't play a full inning at second base because the Phillies are afraid to aggravate his knee. Placido Polanco has barely played this Spring and Ryan Howard, who is a whole different story, has been set back by an infection of his stitches.

Rollins spoke with ESPN's Jayson Stark about the Phillies and their infield injuries. Rollins is aware of Ryan Howard's progress to be back on the field, but he seems like he's not too optimistic  about it.

"I don't know what to think, honestly," Rollins says. "If you ask me, with this infection, I don't know if he's going to play this year, because after all the work that he's done, now he's got to hit the reset button."

"I mean, the leg is naturally going to atrophy if it's in a boot all this time and you're not getting the full use out of it," Rollins says. "So he's built up strength, but it's not like he was 100 percent [before]. Now he needs to take a step back, and he's probably back down to the 25 to 40 percent range. …

"And it's a tough injury," Rollins goes on. "It's not like he's 150 pounds. He's a big man. And that's a very important part of his game, being able to be on his legs. He doesn't use his legs for speed like me. He uses his legs for power. So if he doesn't have any [strength in his] legs, all that power just goes away."

Okay, so Jimmy Rollins isn't being so sincere and encouraging his teammate and friend to get back to good health. Of course he wants him to, but he doesn't see this setback as minor as the Phillies do.

"You can come back from this injury," Rollins says. "There's no doubt. But I don't think you come back at the rate and have the success and the strength in your leg and the confidence that it won't happen again.

"Over the long term, [he'll] … be fine," Rollins says. "But that's where 'long term' is meaning, like, a year and a half. That's when he'll do something and he'll say, 'You know what? That didn't bother me.' And that's when you know you're fine, and you can go out there every single day and not have to worry about it."

I don't blame him, I'm worried about Howard too. Howard visited the field today, in a boot, and had a catch. Slow progress, but it shouldn't be anytime soon that he'll be back on the field taking ground balls. 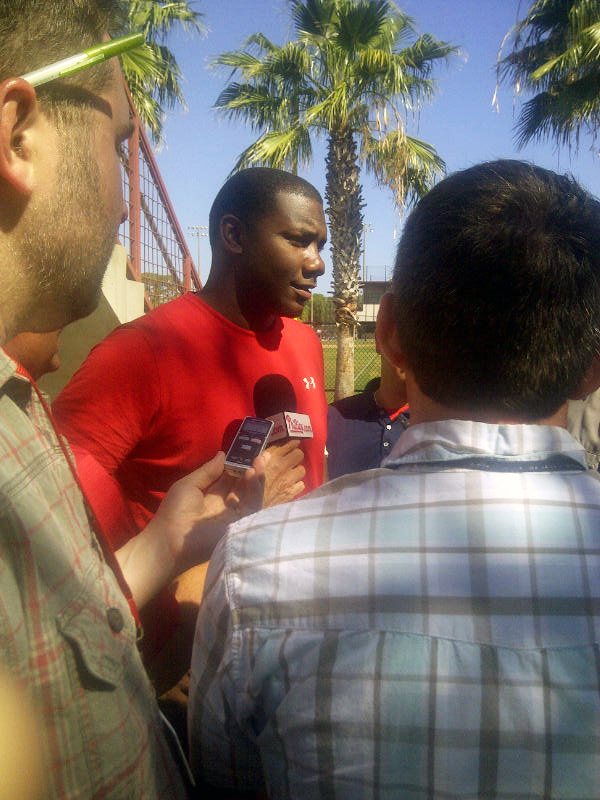 Ryan Howard spoke to reporters today and told them that the boot on his foot is not a big deal.

As for Chase Utley, there is nothing really to say except that the Phillies are taking care of him the best that they think they can.

"It's really the same thing as last year," Rollins says. "[Utley's knee trouble] is just one of those things where the more you use it, the more it's going to nag you. And like last year, trying to plant and turn a double play is going to really give him problems. And going to his right and trying to throw back to first — going to get that ball and not having any legs to throw, he's probably not going to try to make that play anymore.

"So I think his [injury] is more of a long-term thing. It's like the opposite of Ryan. Ryan's is more of a shorter-term type of injury. You heal it. It gets fixed. And after a while, you have the confidence you're not hurt. With something like Chase, you've got your degenerative hip and the knee that's on the same side, and they're all related.

"You've got [a muscle] that runs from the hip to the inside of the knee and it's putting all types of different pressures on it. So you shave the hipbone down, but the muscle length is still the same. And the muscles treat the body like it's … normal. Regardless of what the hipbone says, the muscle hasn't changed. So that's something that's not going to change."

Jimmy Rollins is right when it comes to Utley and Howard's injuries. Although Rollins' words are a bit tough to swallow, it may just be one of his tactics to get team going. You know like the "Team to Beat" and "120 wins" speeches. But, I don't know if I like the direction Rollins is going with this one.

Here's a video of Ryan Howard speaking to the media this morning. (Courtesy of @ryanlawrence21)