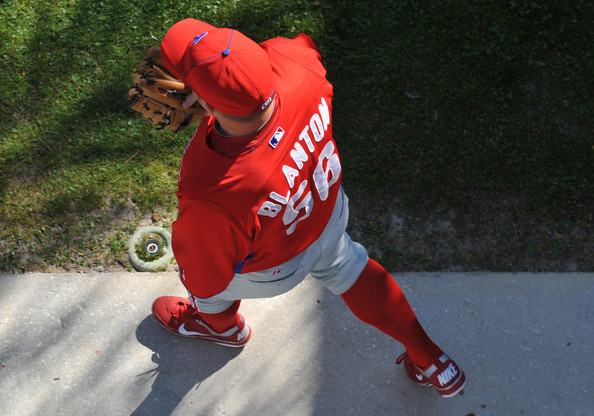 This afternoon, the Phillies will host the Boston Red Sox as Joe Blanton (0-0, 2.70 ERA) gets his fourth start of the Spring. It's been nearly two weeks since Blanton's last start, where he tossed five innings against the Braves. He allowed three earned runs on four hits while striking out four in the Phillies' 6-4 win.

On Saturday, the Phillies played the Red Sox's split-squad team and with help from their exploding offense, they won 10-5. The Phillies scored only three runs yesterday against the Orioles, pitting a 3-3 tie. Jim Thome played his first Grapefruit League game at first base while Placido Polanco returned after injuring his right finger.

Jon Lester (1-1, 5.73 ERA) will get the start against the Phillies, his fourth of the Spring. In Lester's last outing, he allowed four earned runs on eight hits throuh three innings against the Pirates. With Lester being one of the core peices of the Red Sox's rotation, he will have to test himself against a strong lineup.

Charlie Manuel will send out this lineup this afternoon.

You can watch the game on TCN and ESPN this afternoon.